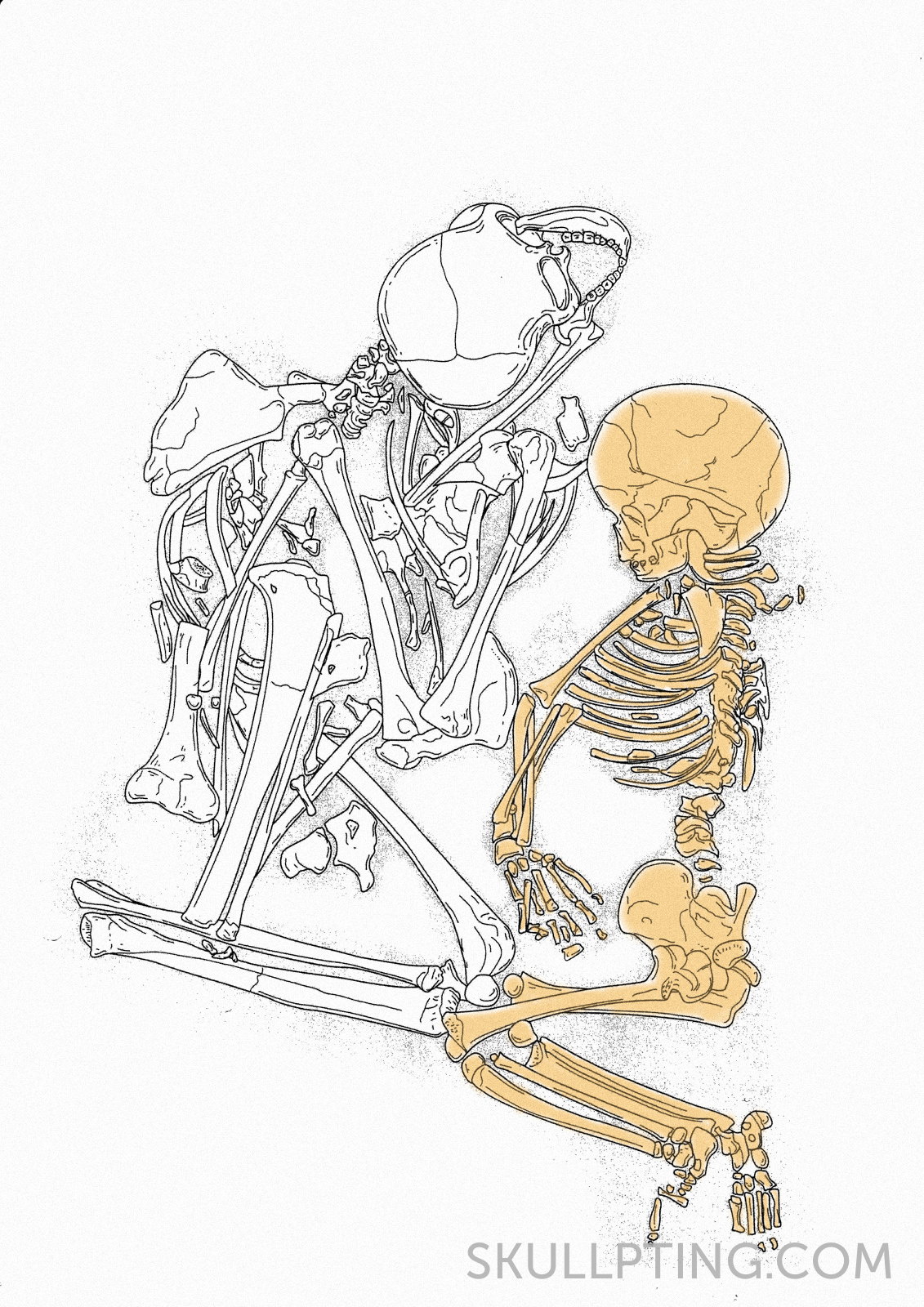 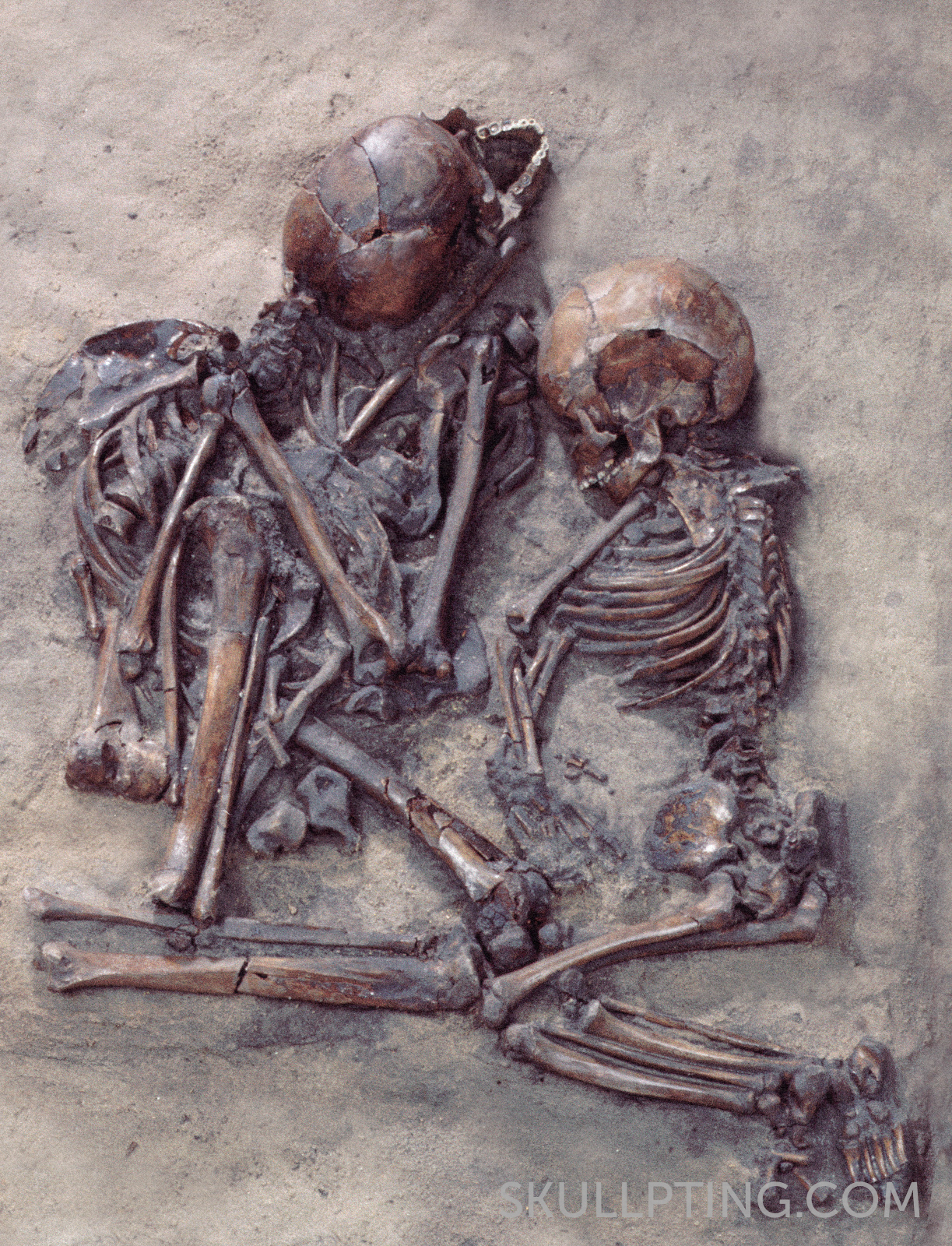 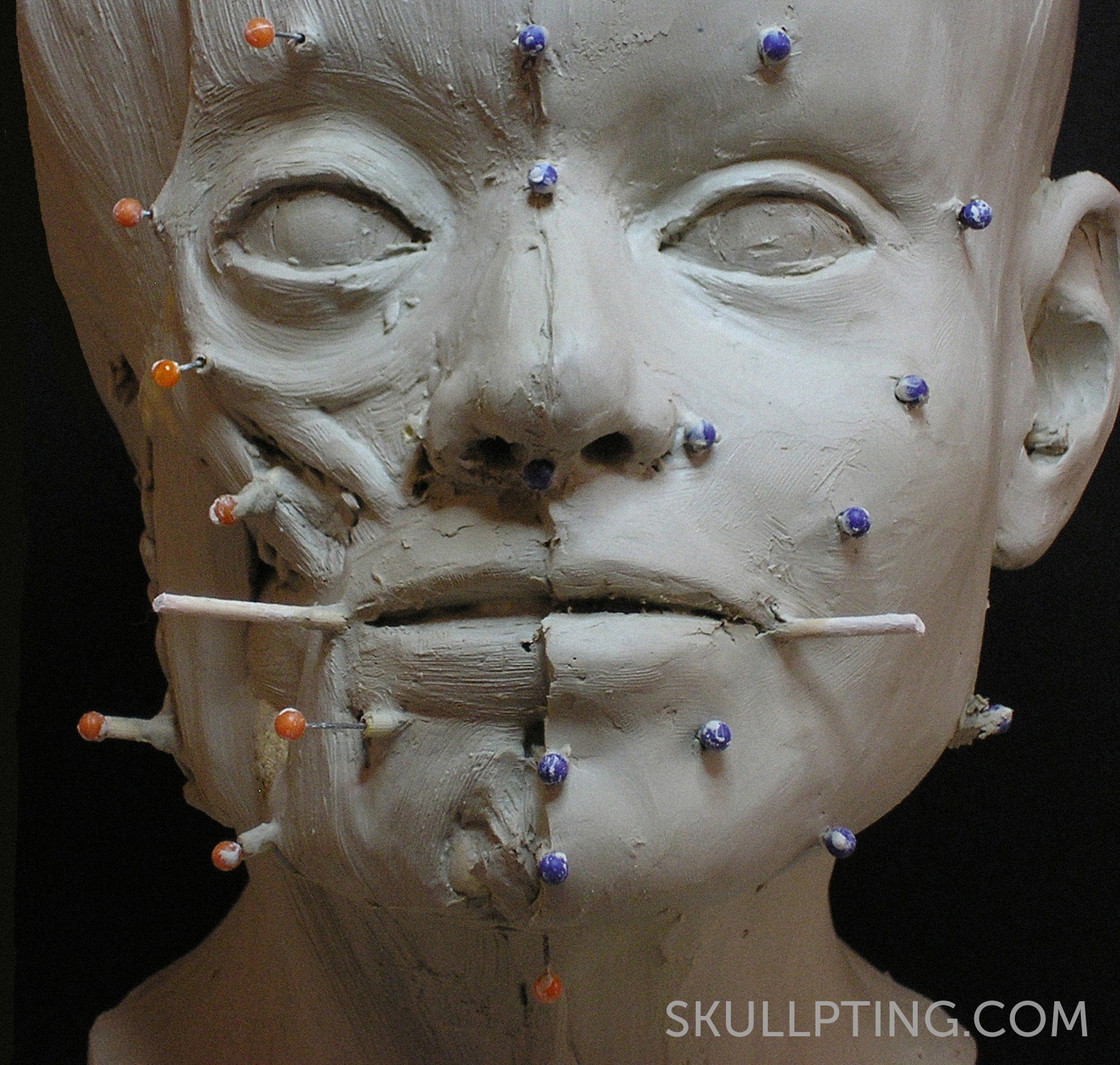 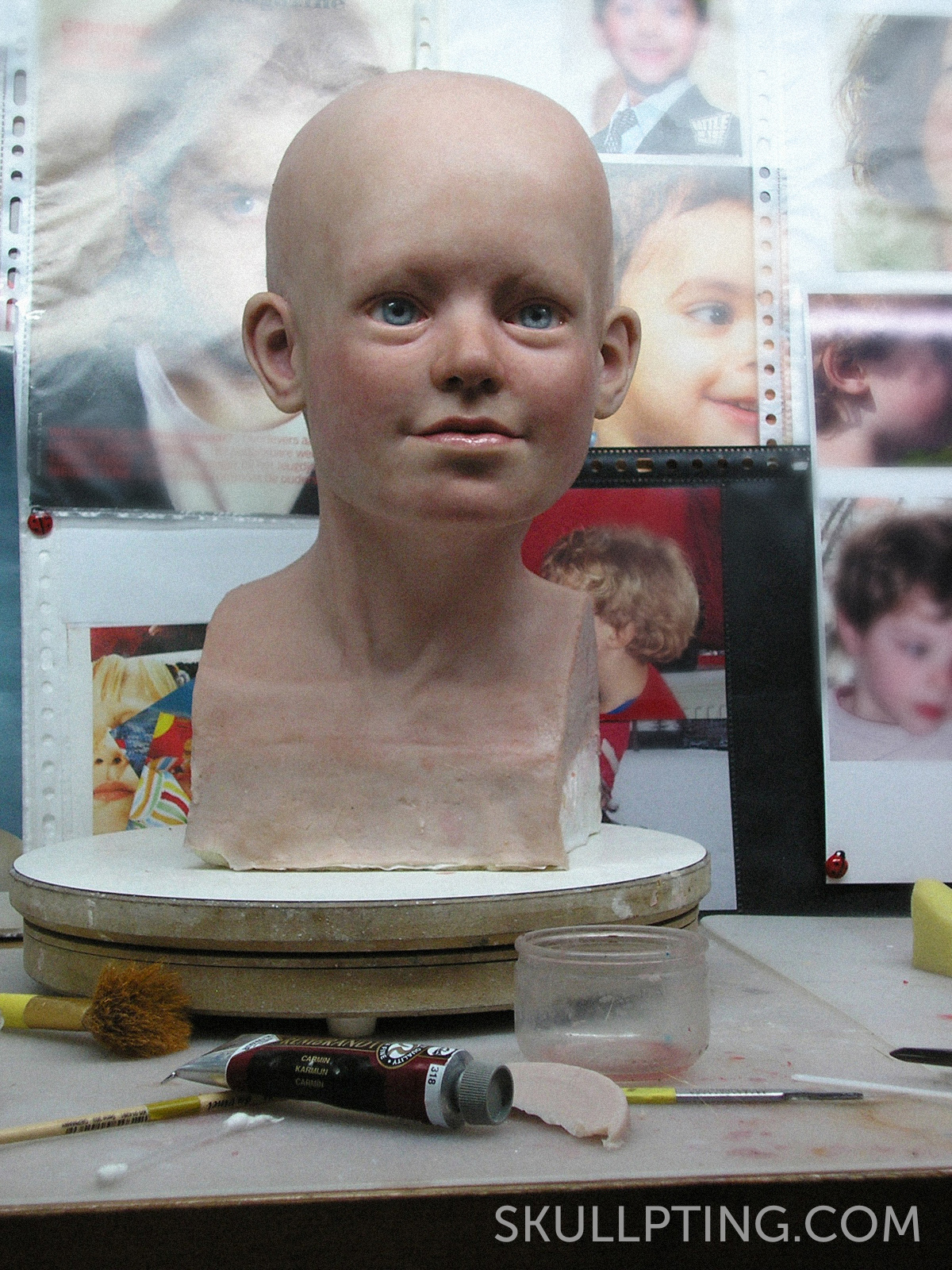 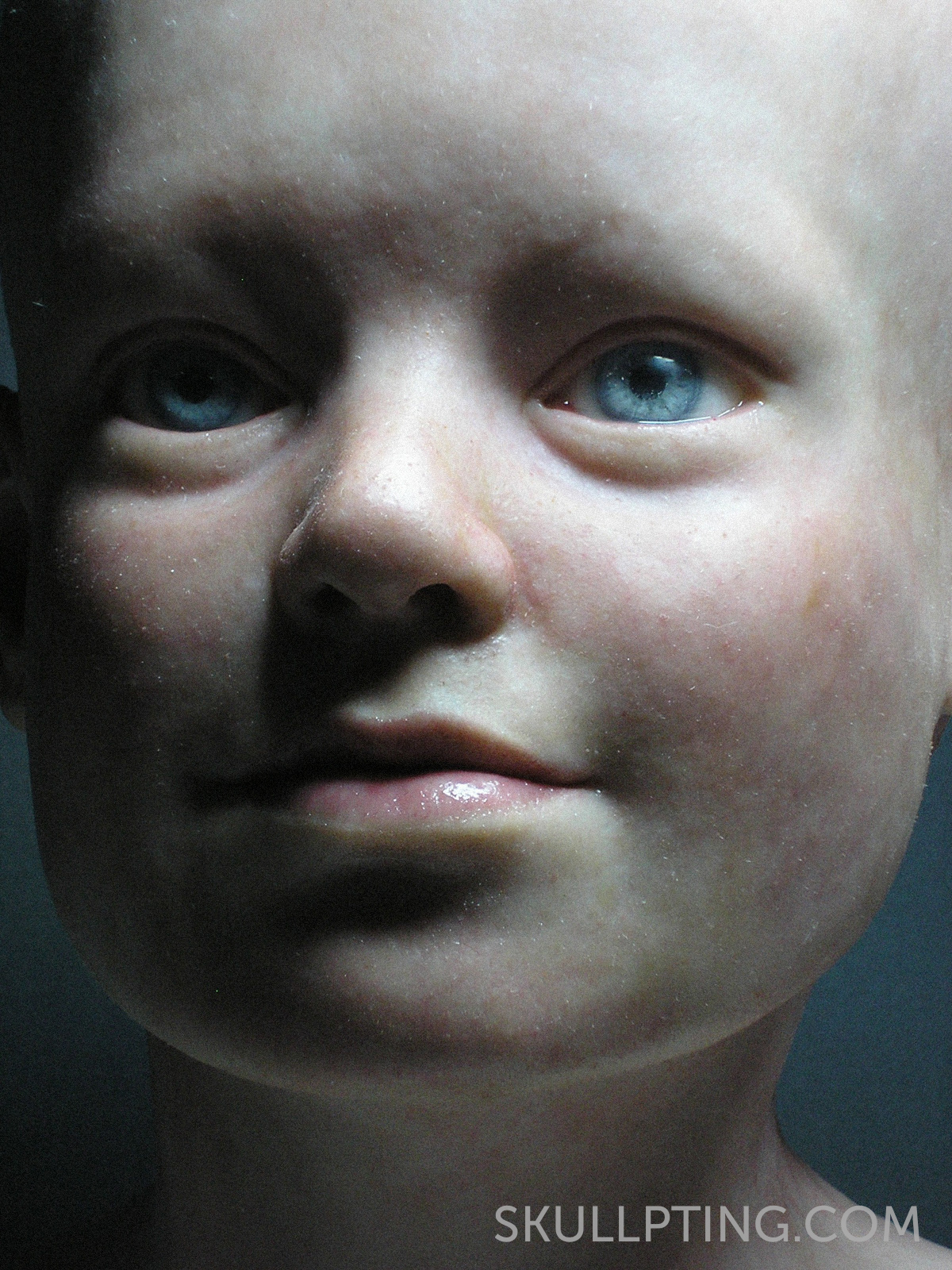 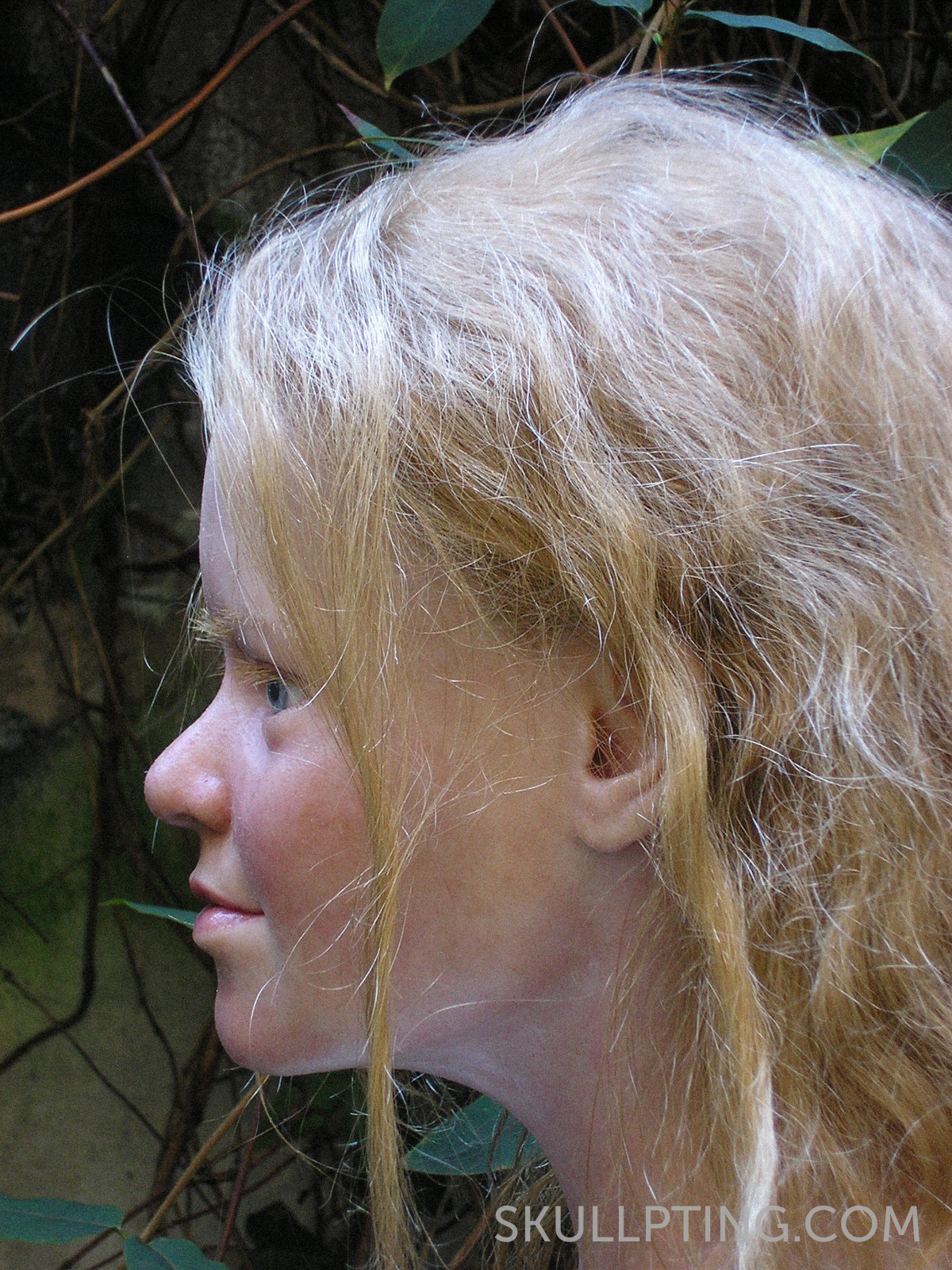 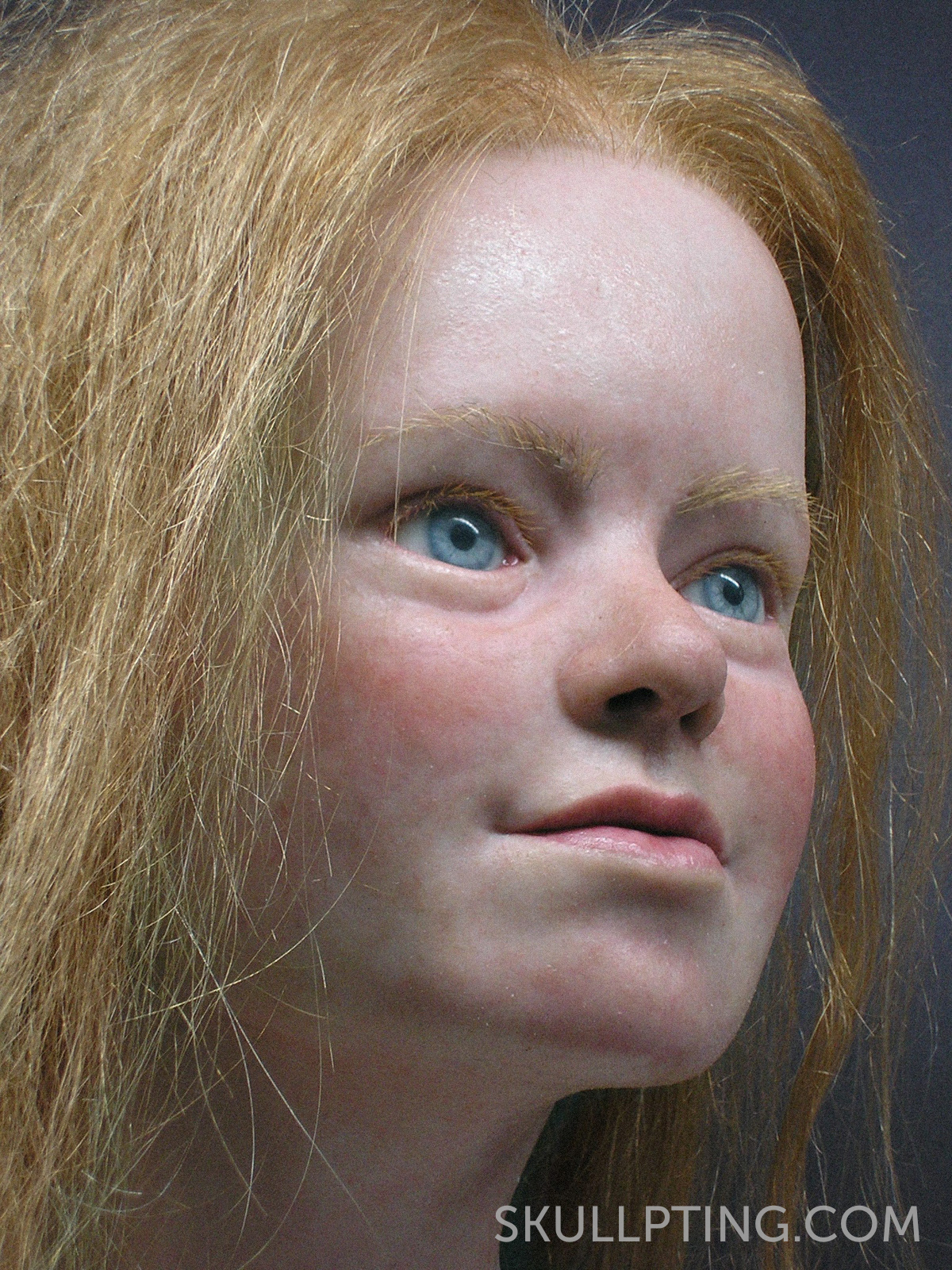 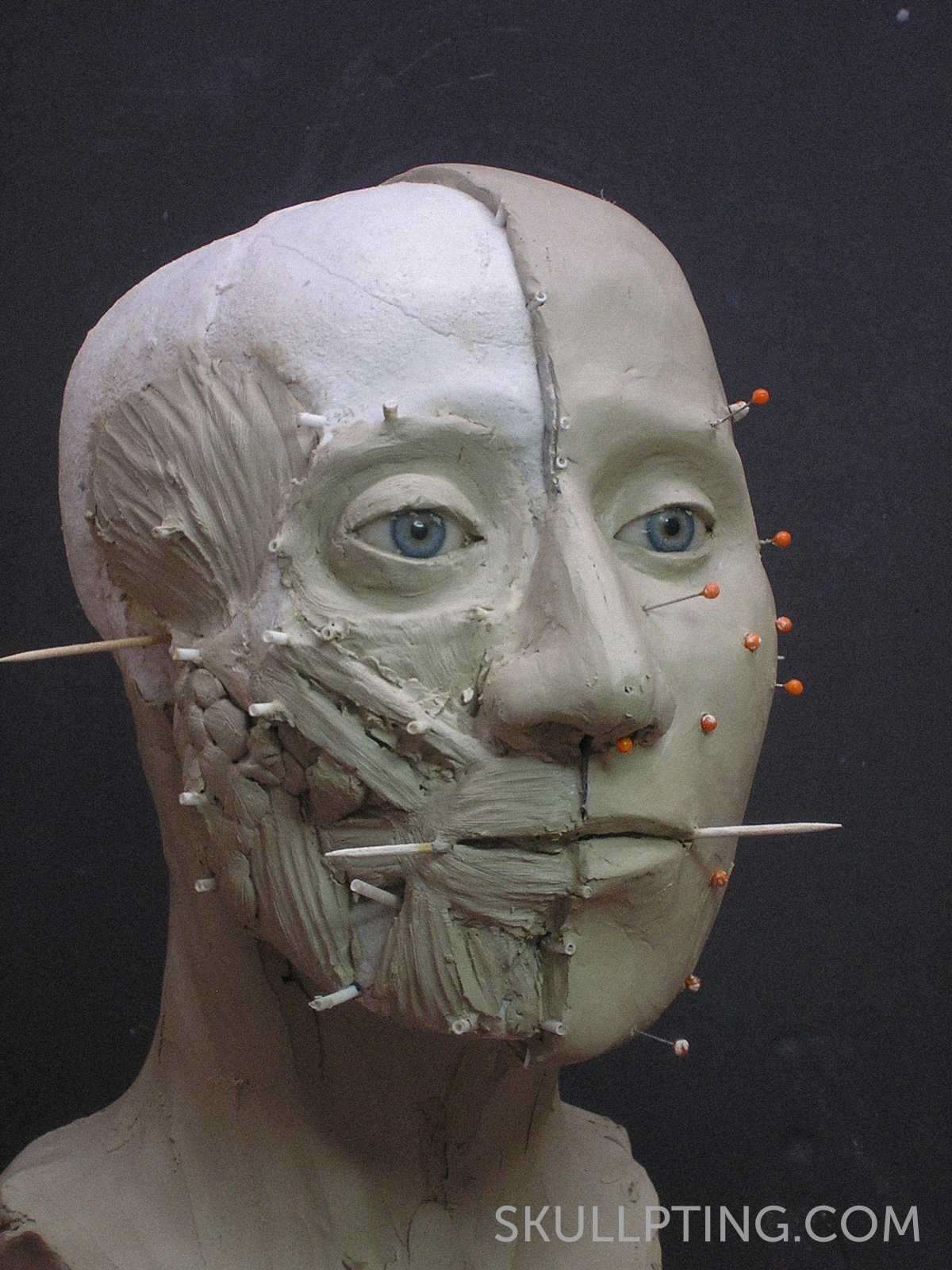 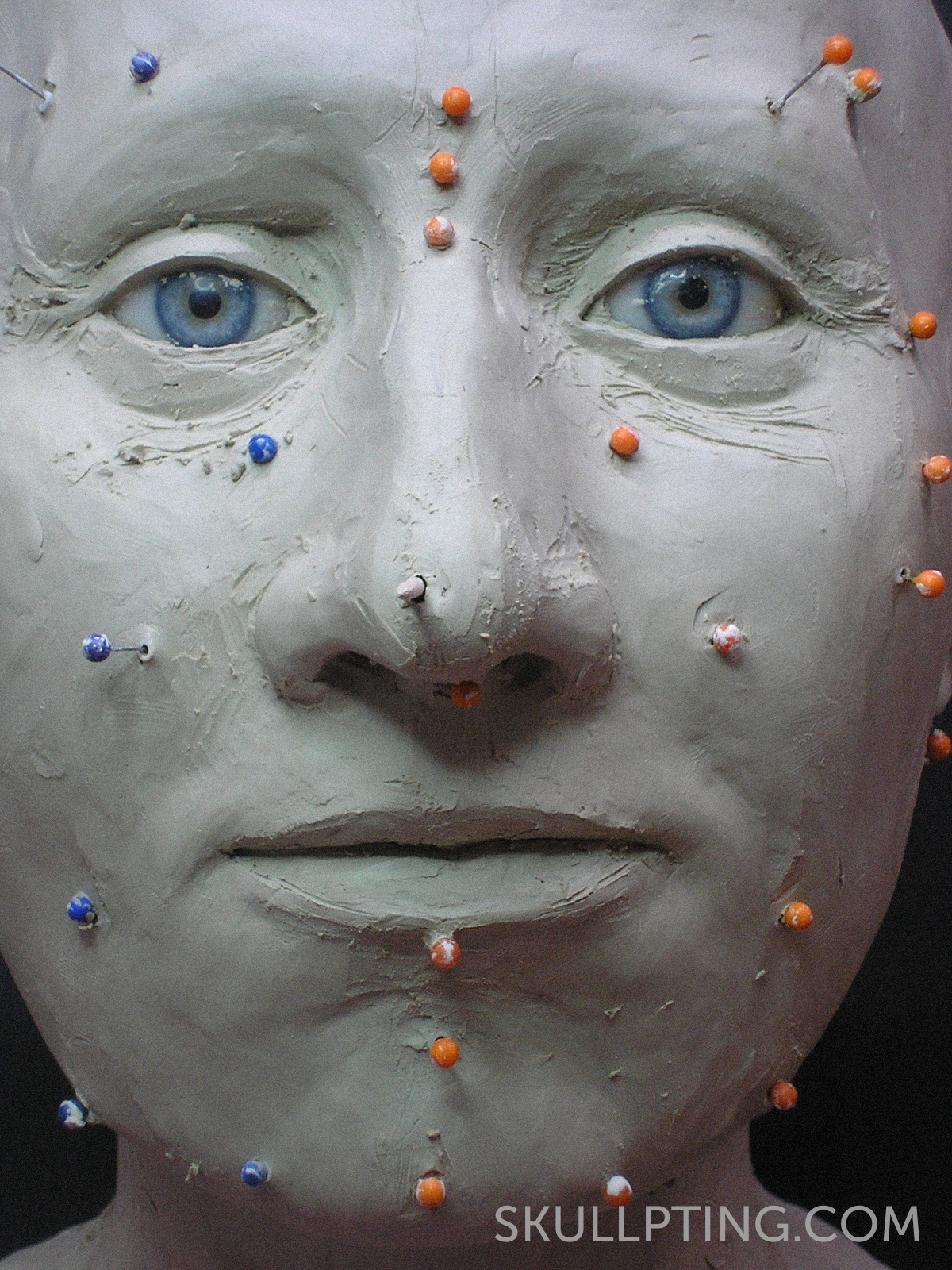 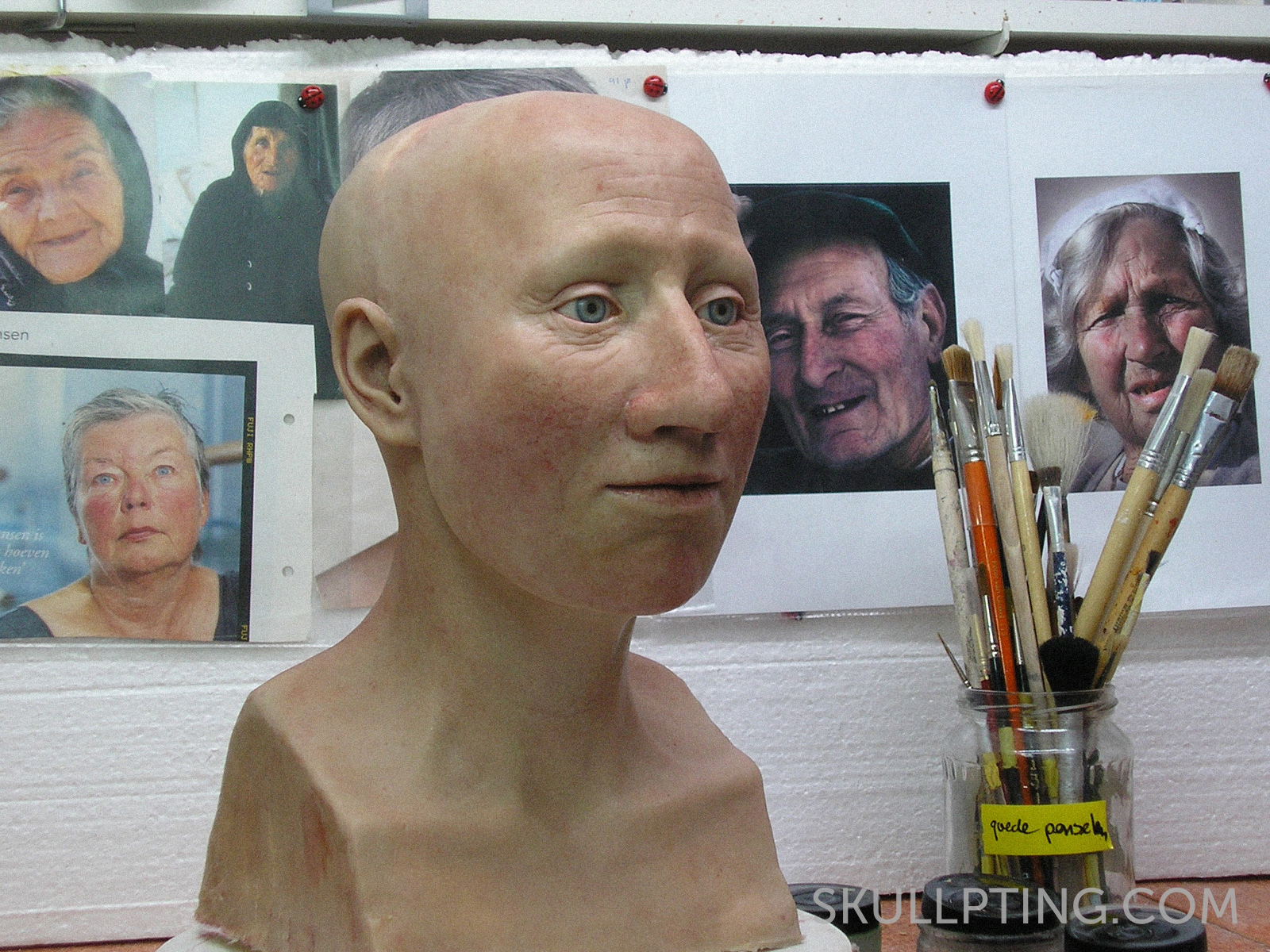 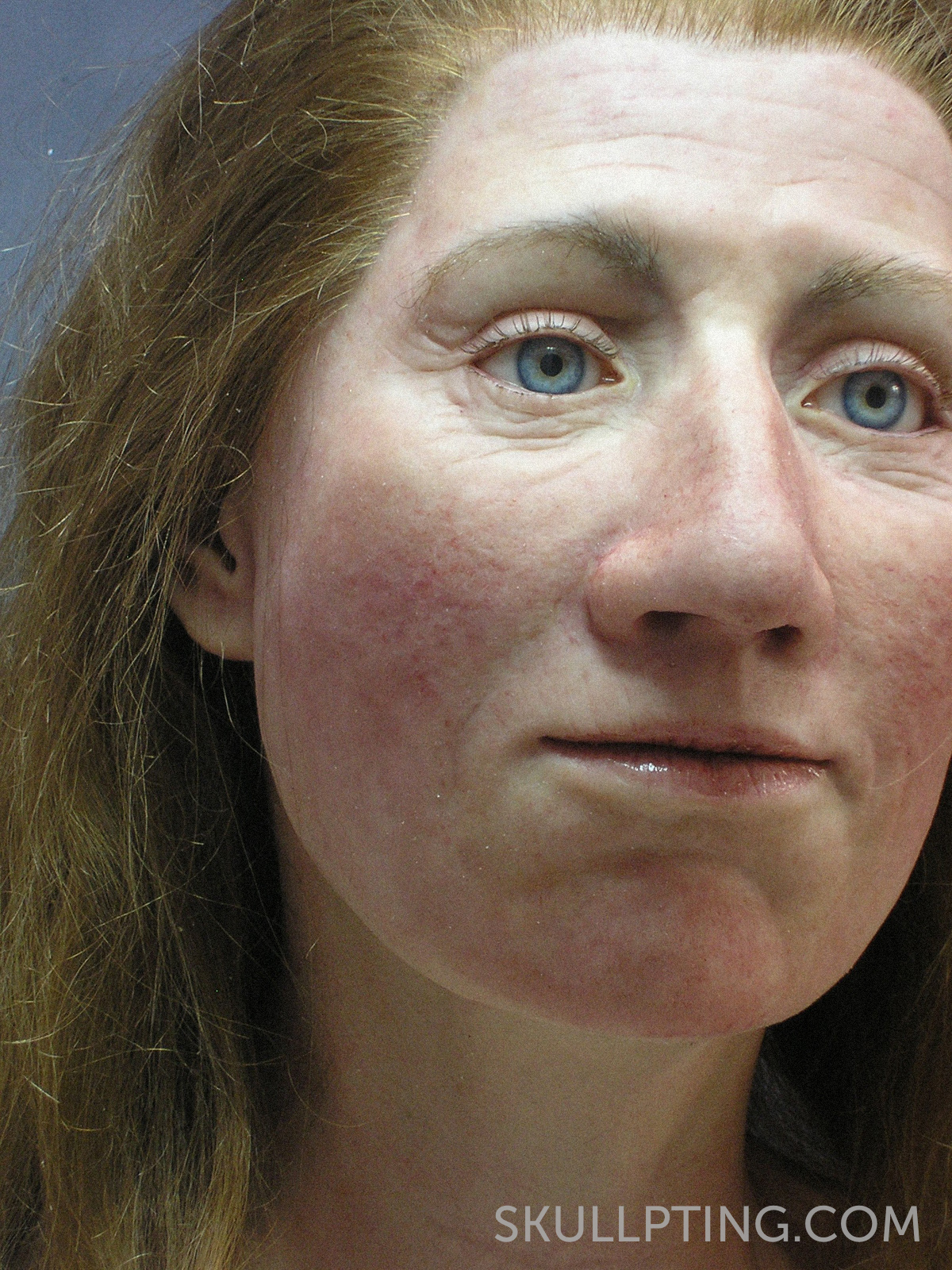 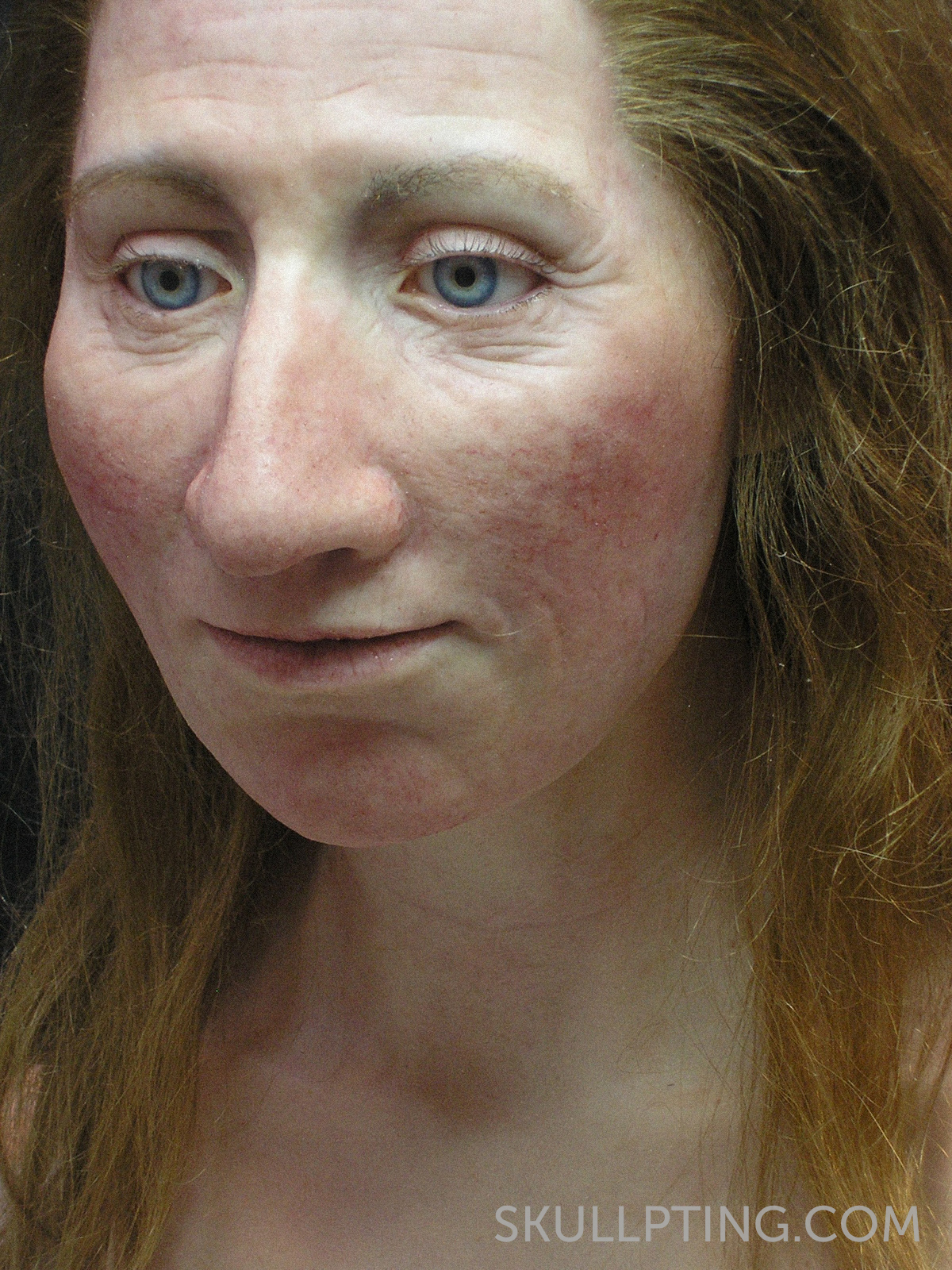 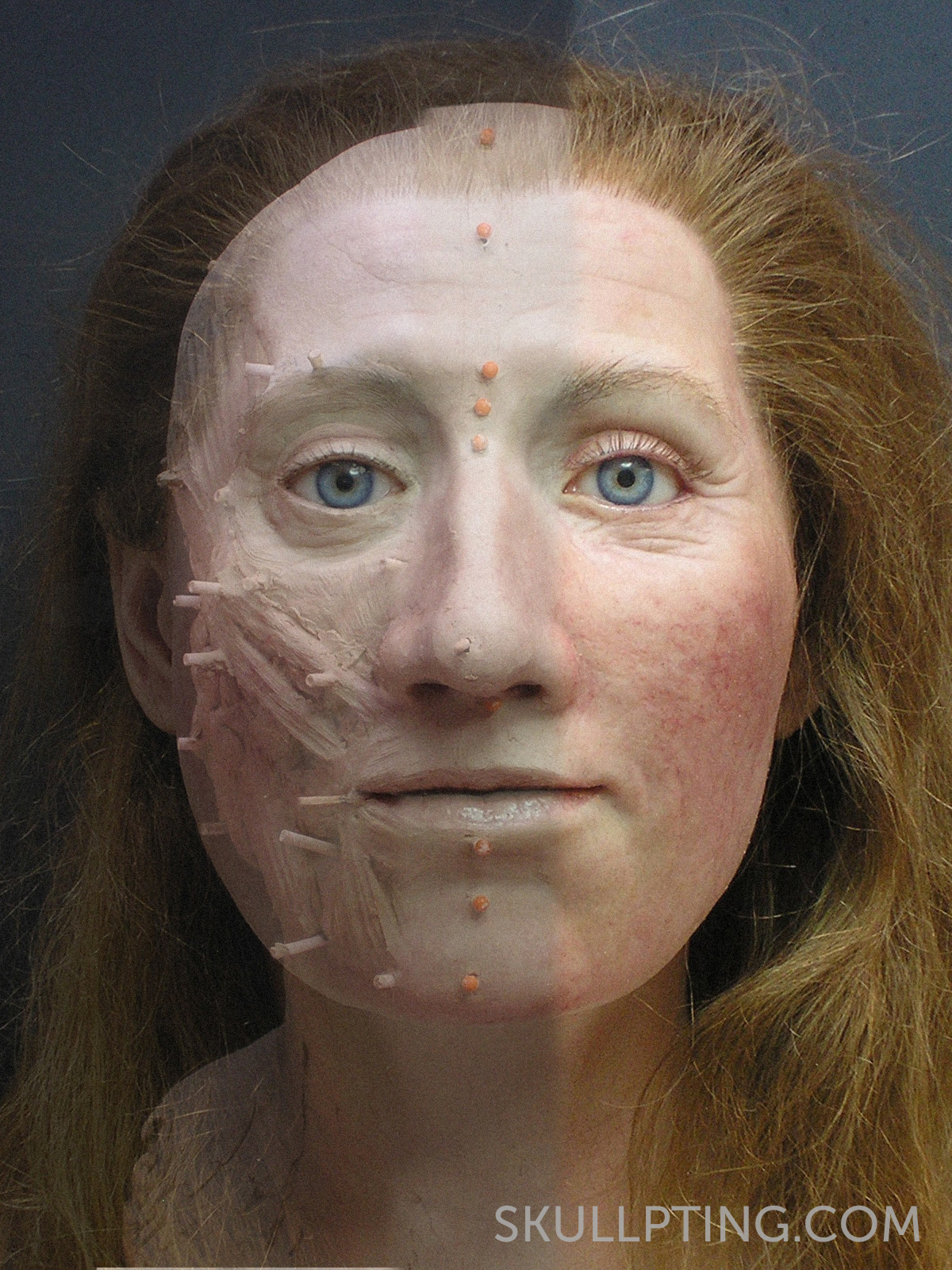 A couple of years later after Ypje, the faces of a slightly older woman (between 35 and 44 years old), and a child between 5 and 6 years old, were reconstructed. What is remarkable about the woman and child is that they were buried in the same grave, albeit that the child was interred some years later. Maybe they were related?

The skull of the child is scanned at the Image Sciences Institute, of the University Medical Center Utrecht, where dr. K.L. Vincken processed and adapted the digital scandata.

Exhibition: The facial reconstructions are on display at the Museon with bodies and prehistoric clothings in their everyday environment.

Exhibition: The face of the child is also cast in bronze, and can be seen in Park Het Baken in Ypenburg.

Client:  The older woman, the child and the bronze bust are all commissioned by the dept. of Archaeology of The Hague.