The girl with the cap broach 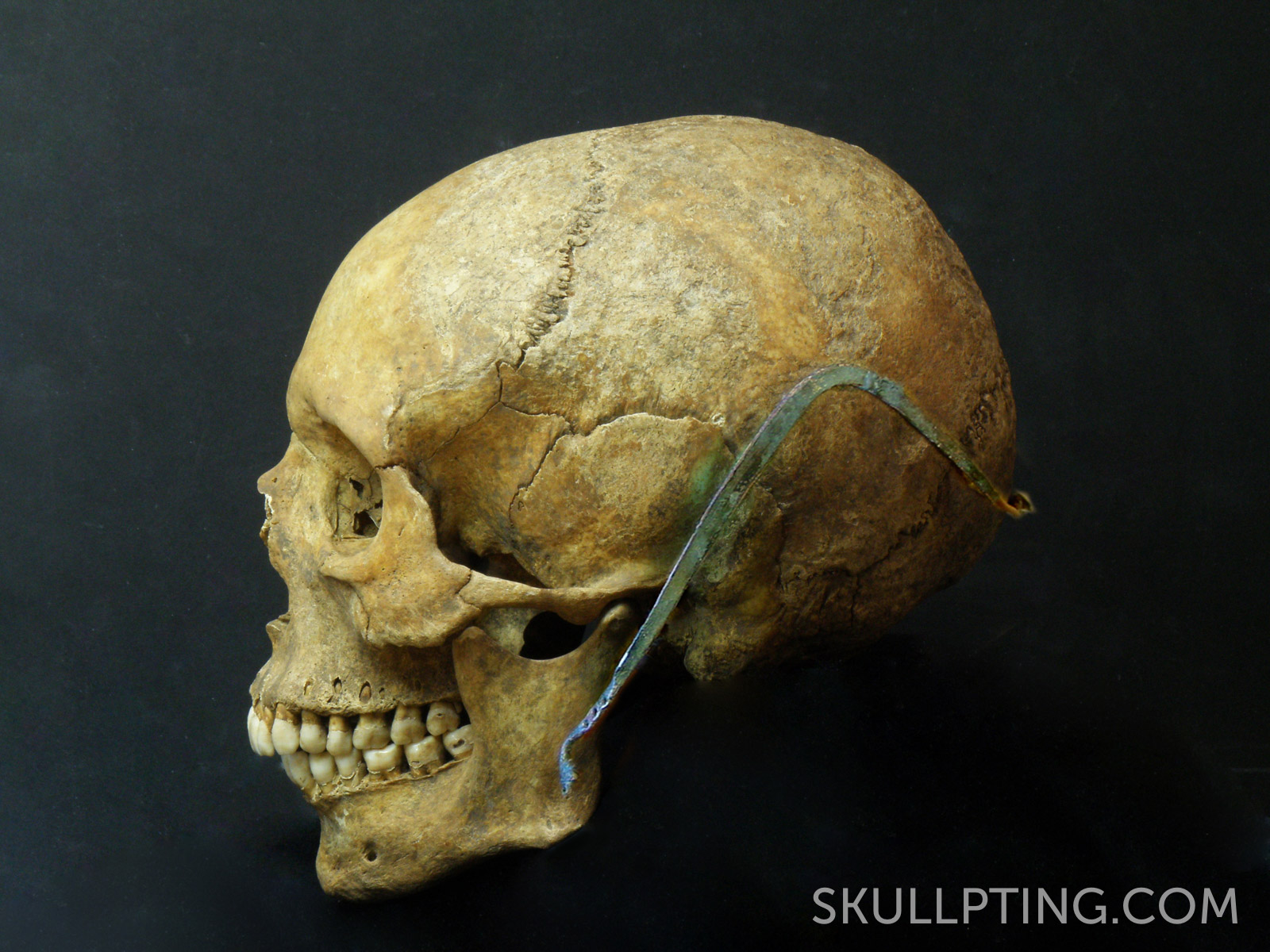 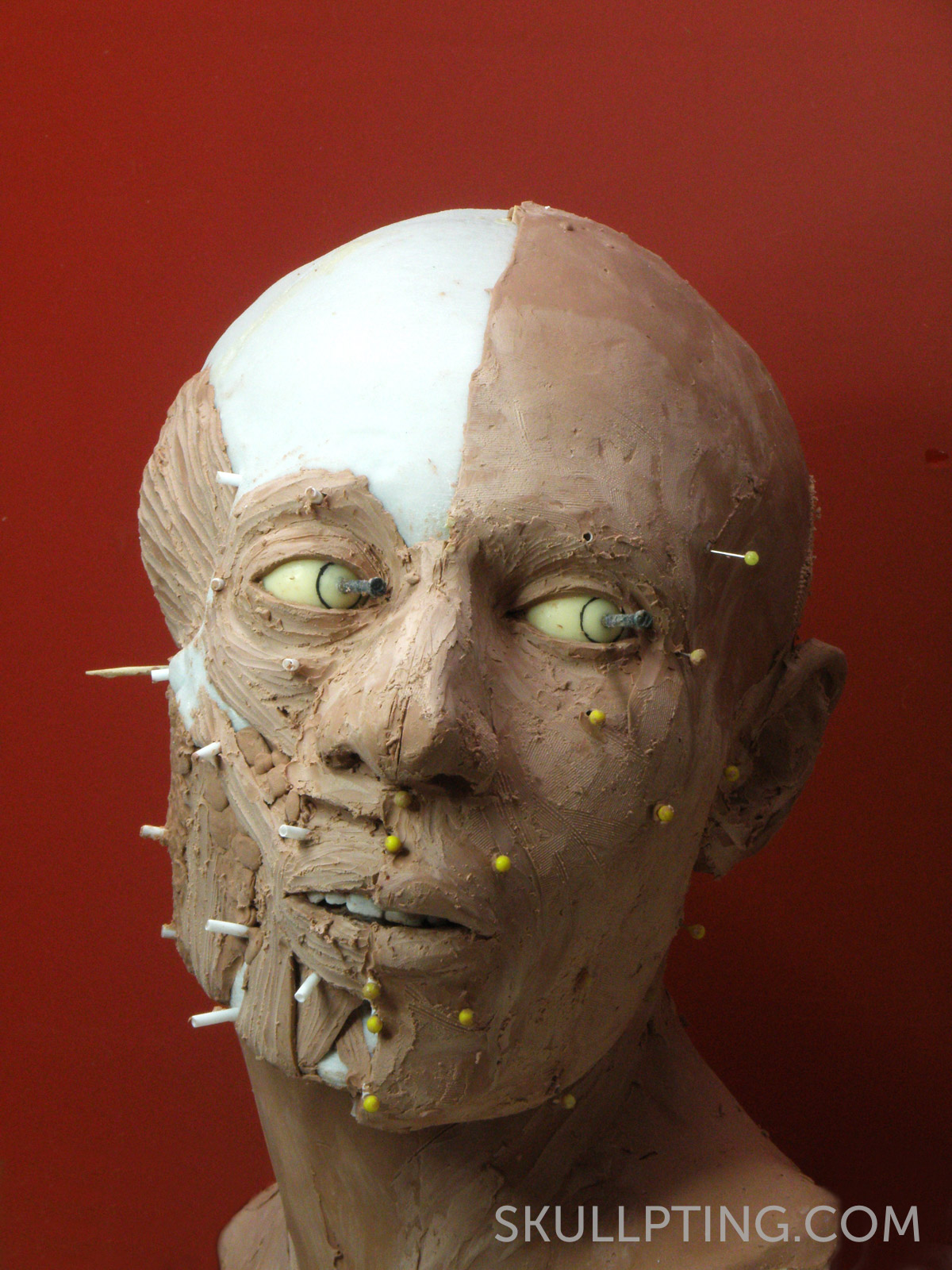 Skull with sculpted muscles and skin. 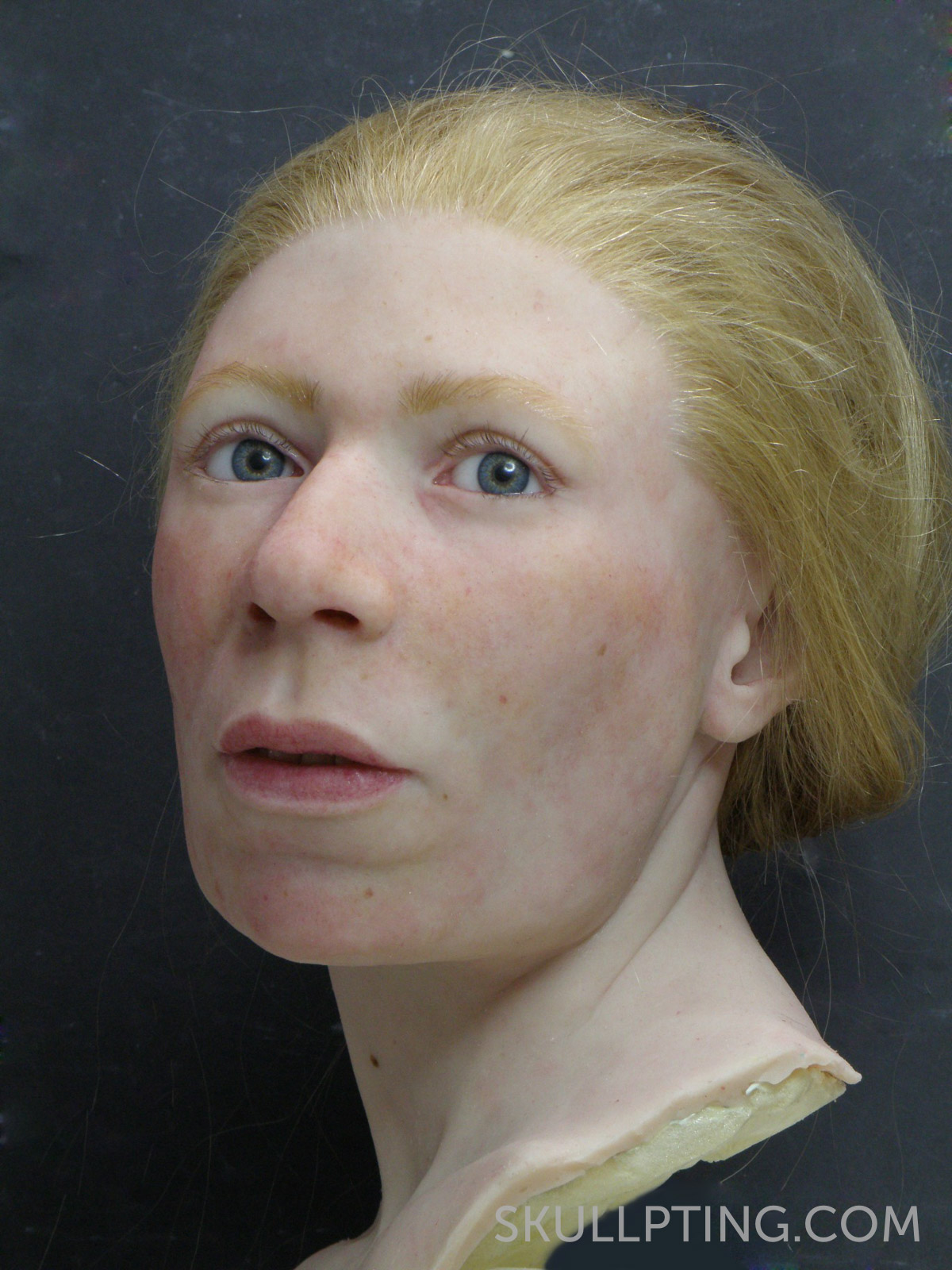 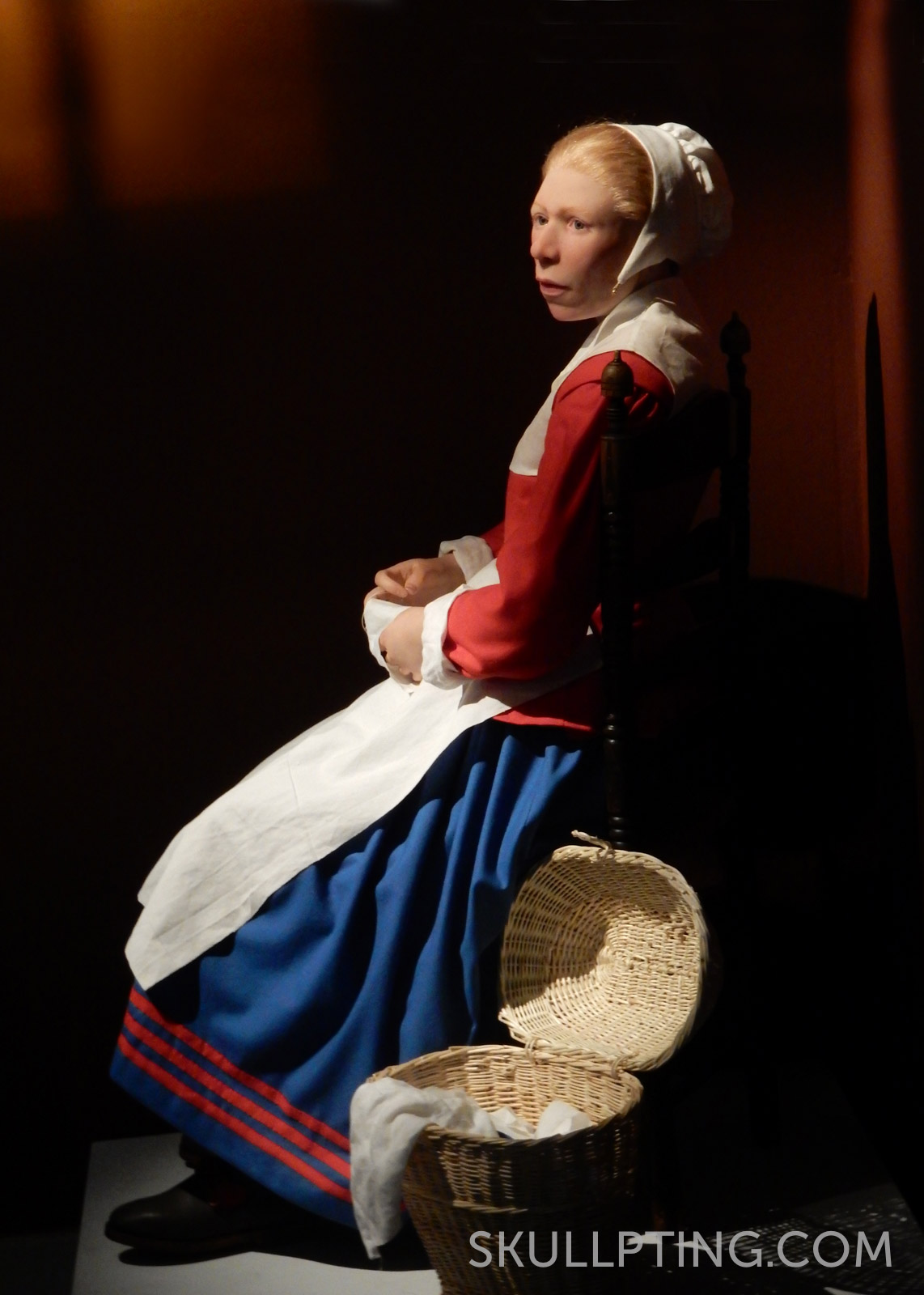 The exhibition in museum Flehite, the cap broach is partly hidden by the cap. 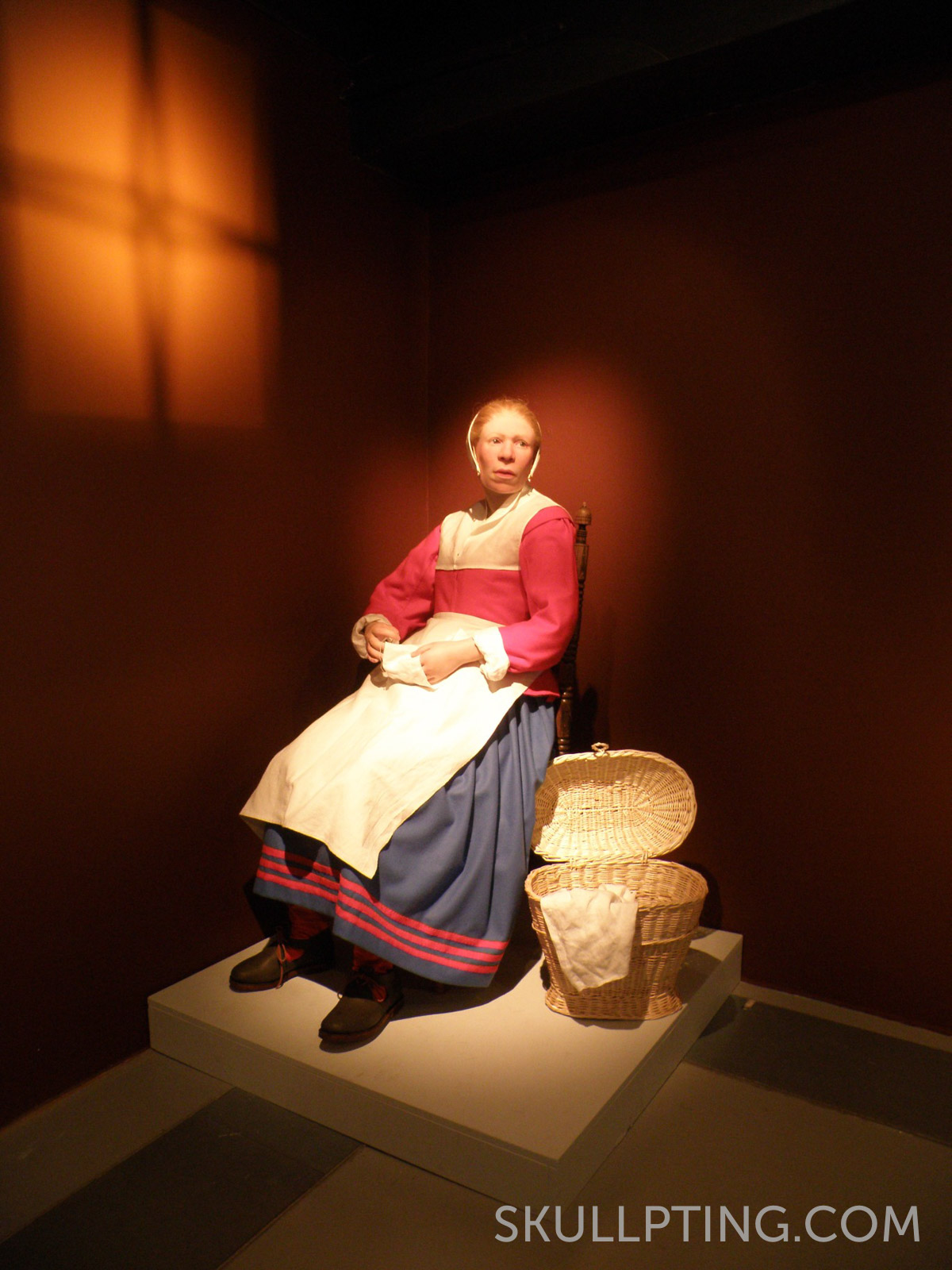 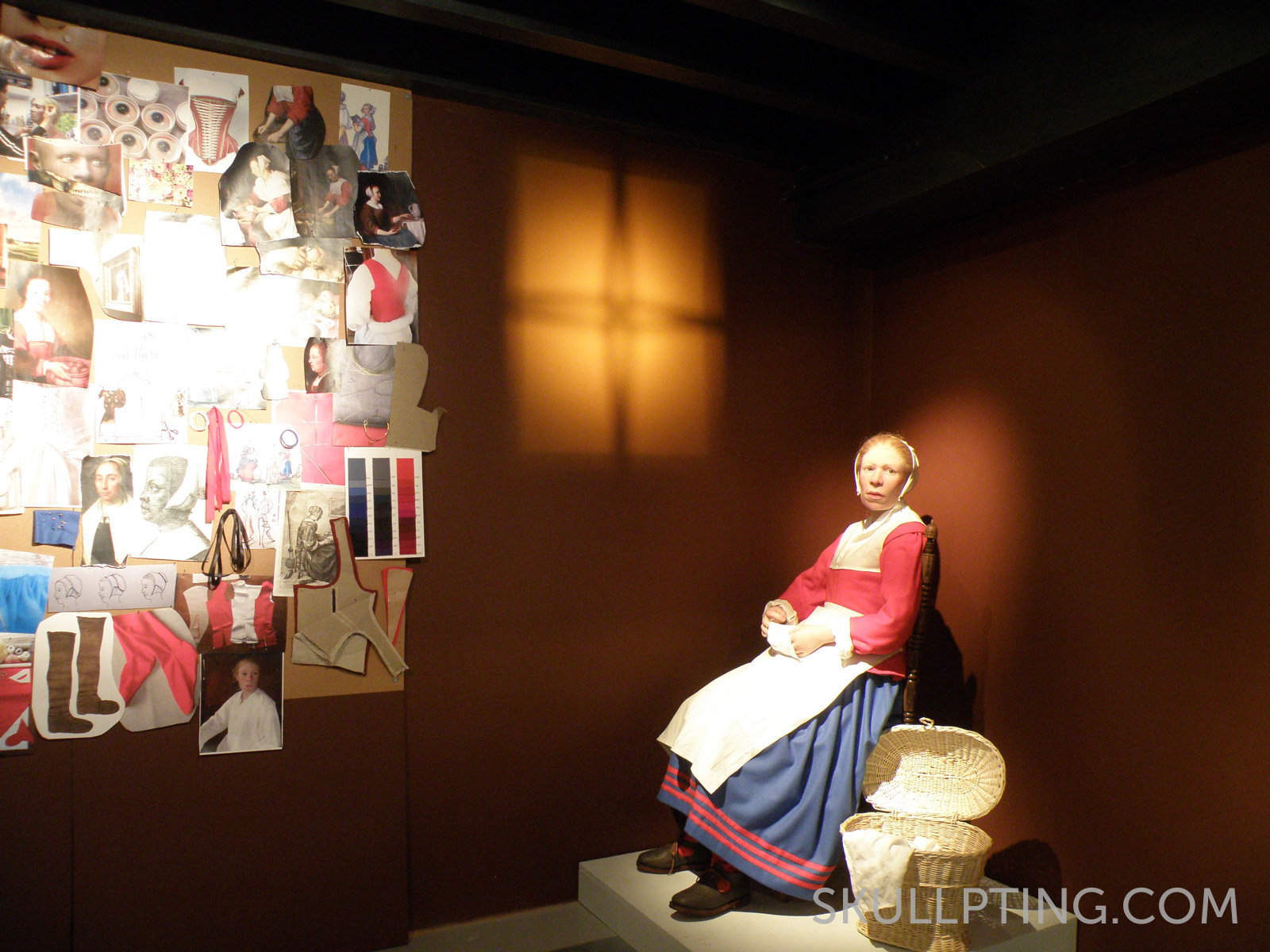 The skeleton of this young woman (24-27 year) was excavated in a pestilence graveyard, near the Rochus chapel in Amersfoort. There were remains of a cap broach on her skull, a metal support for a cap, coif or hood. The metal ensured that some hair strands were very good preserved, so we now know the haircolour of this woman: blond. The fashion in cap broaches was quickly changing, one day it’s in, the next day it’s out. So this cap broach dated this skeleton around 1640.

As a child she had a poor health and she probably died of pestilence.