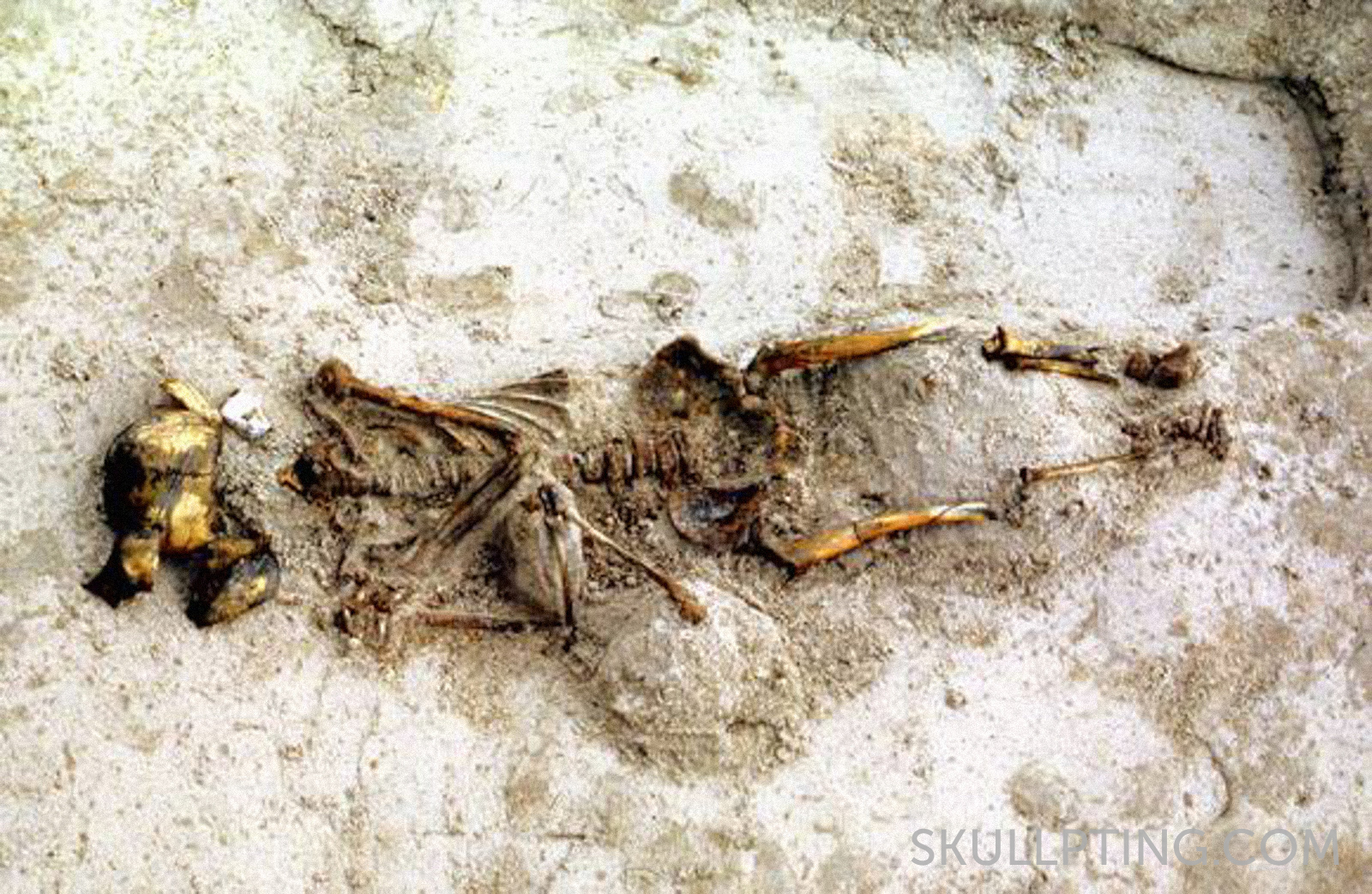 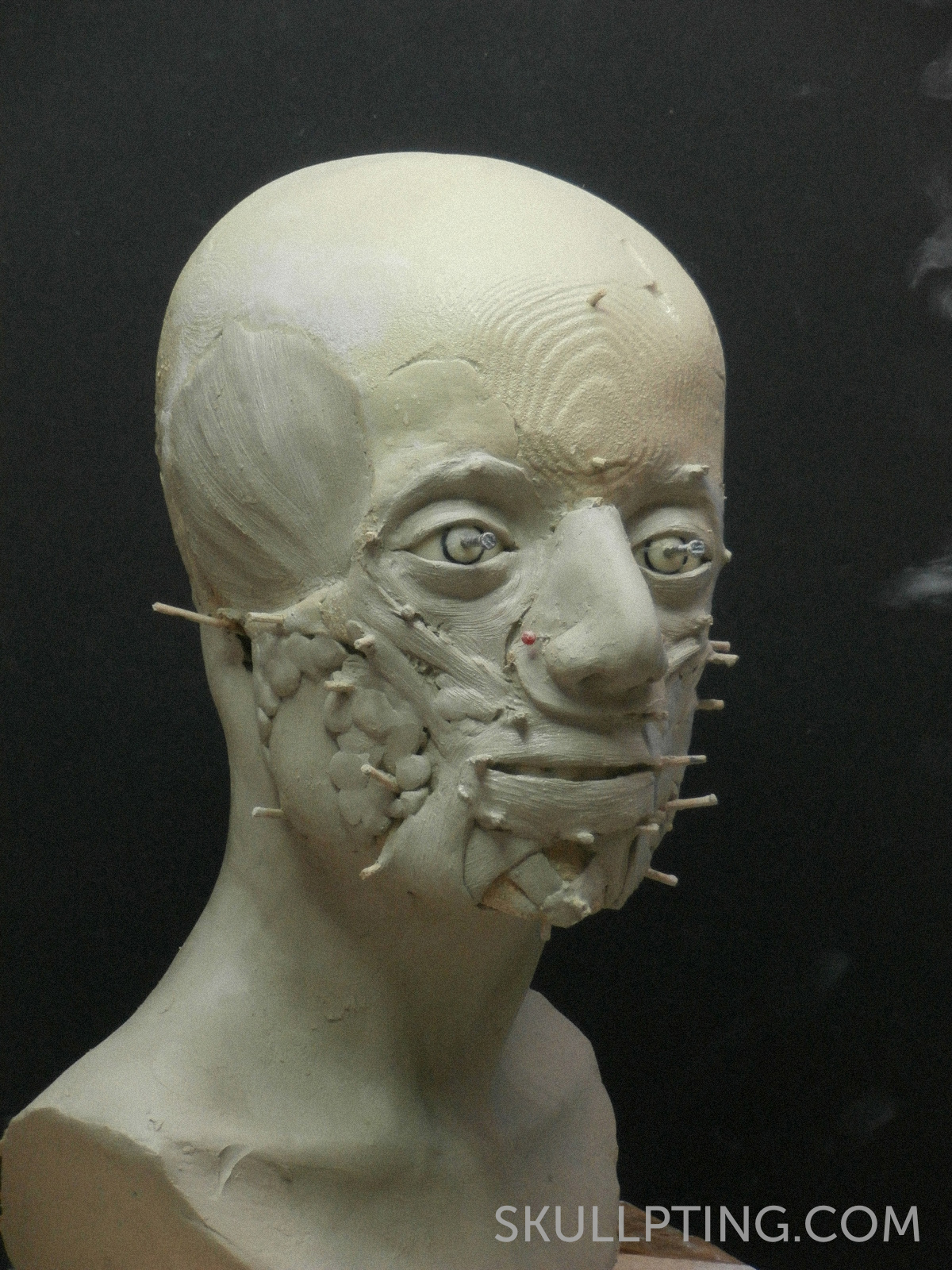 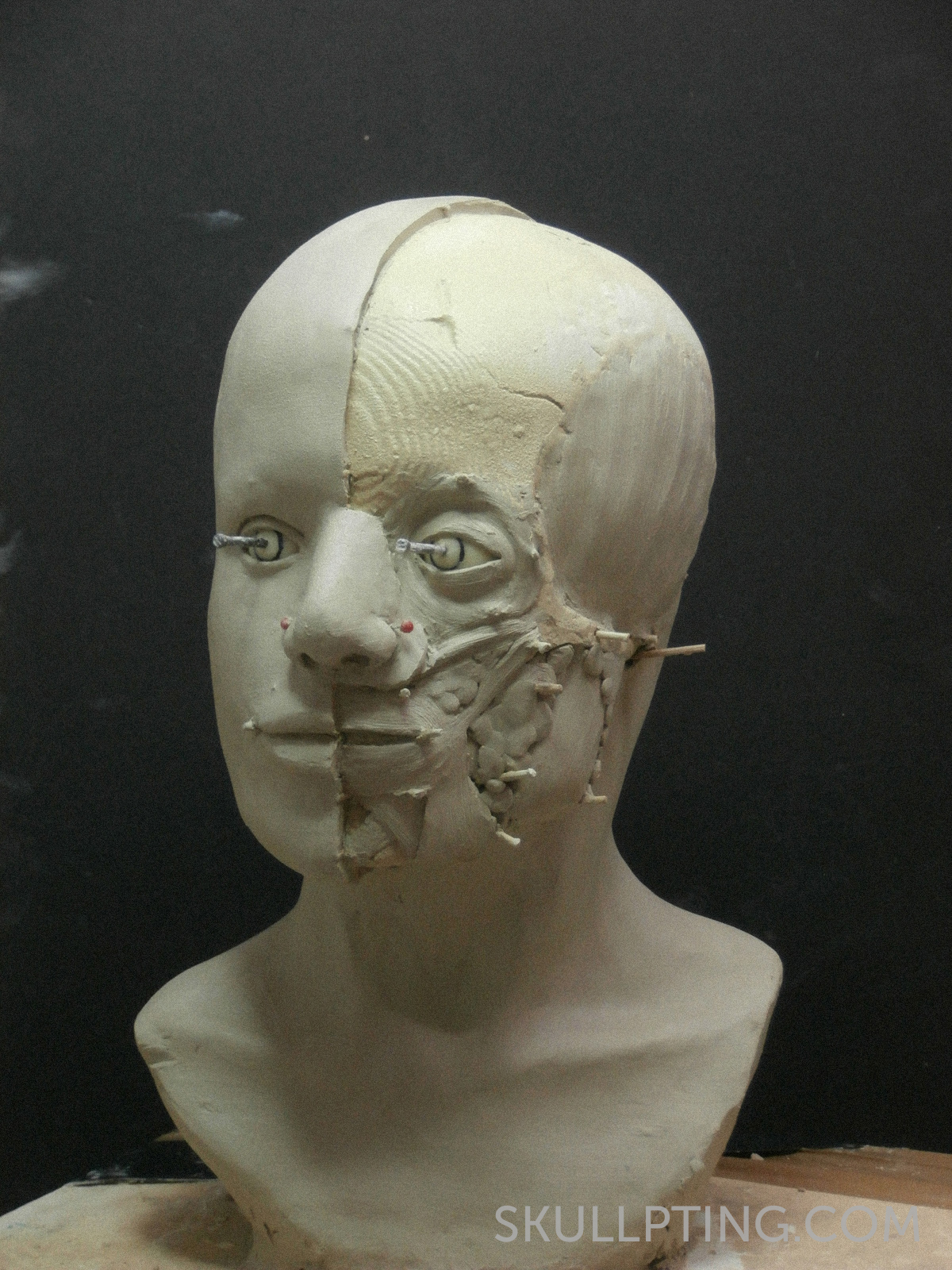 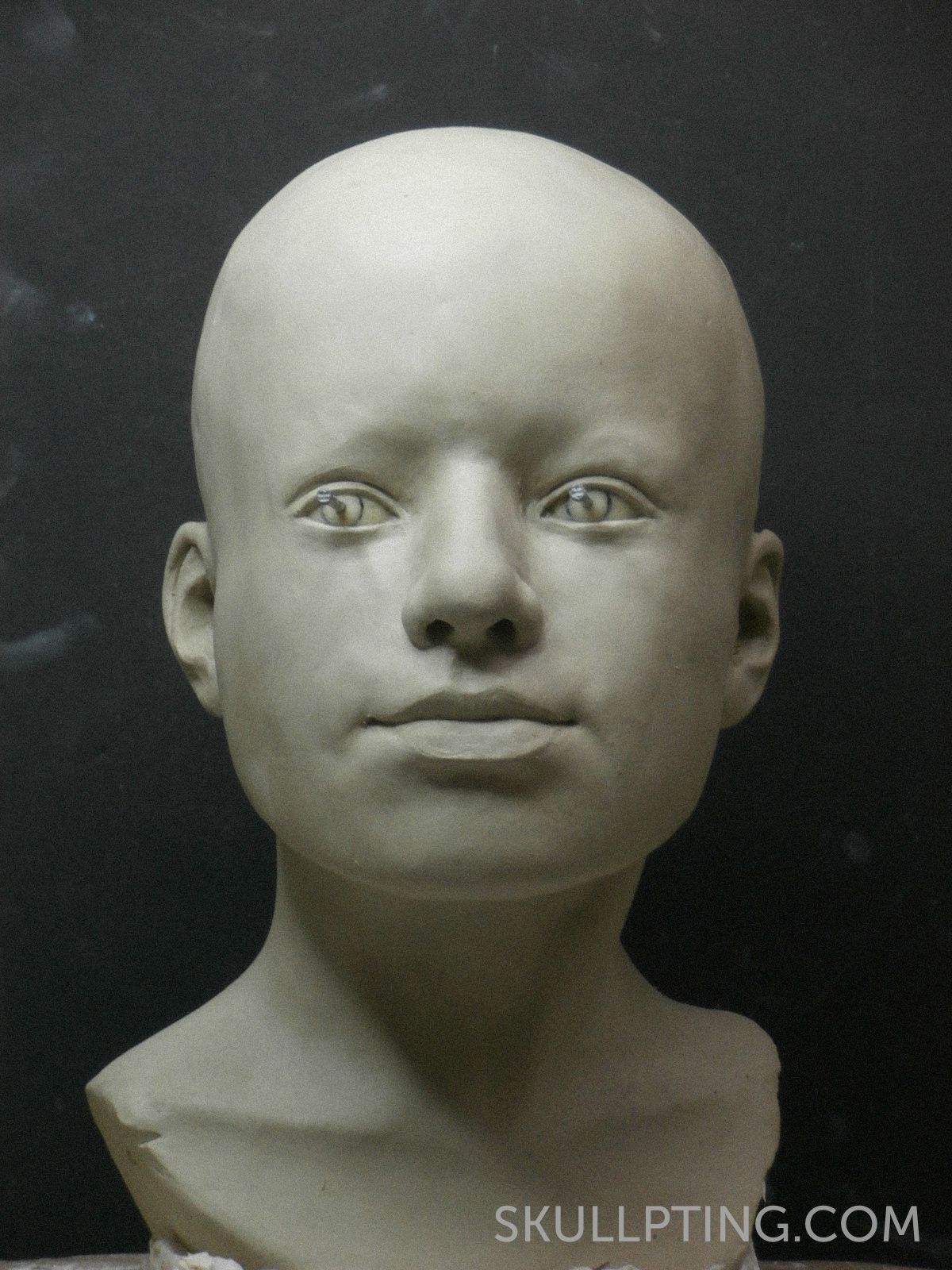 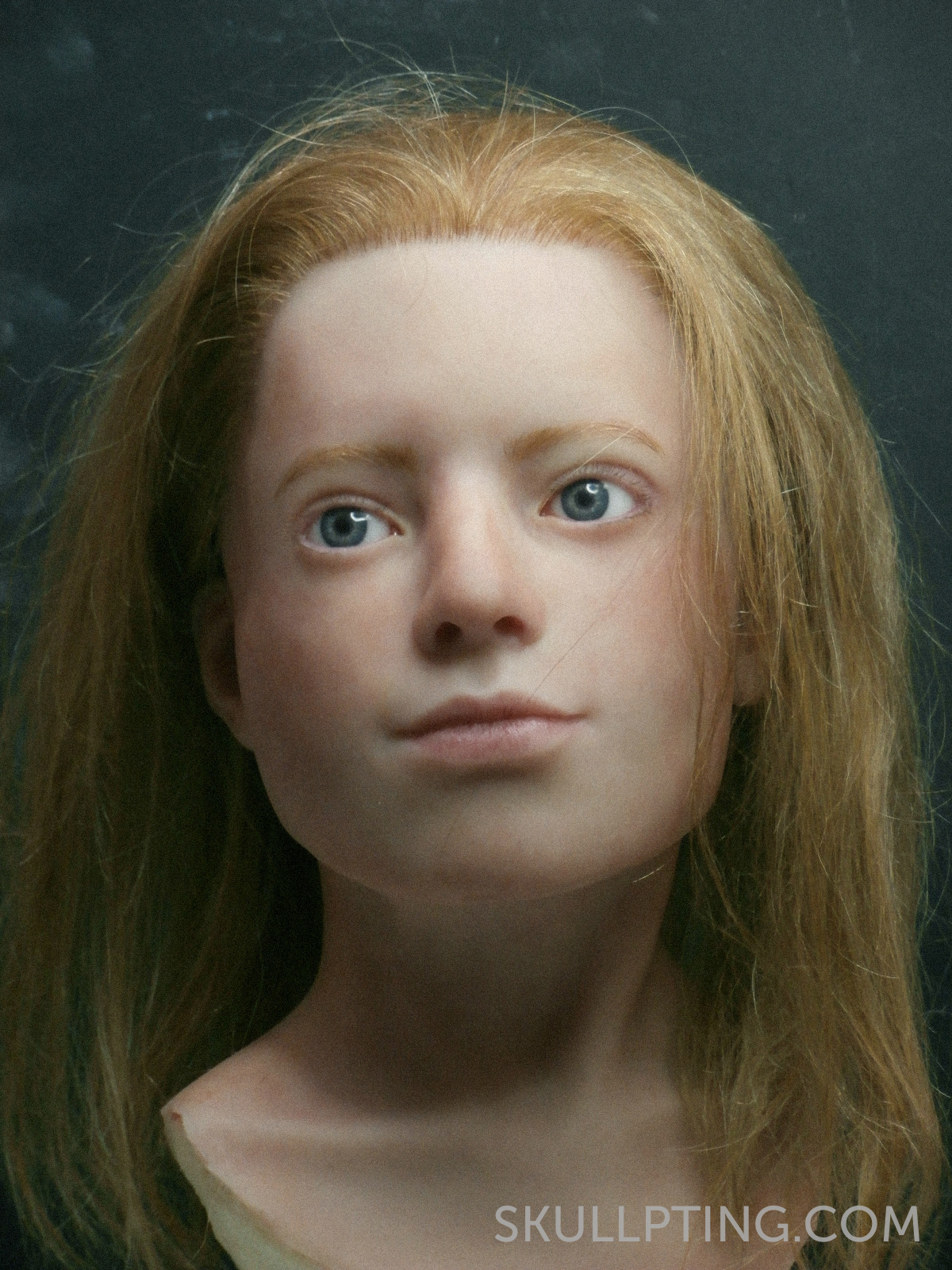 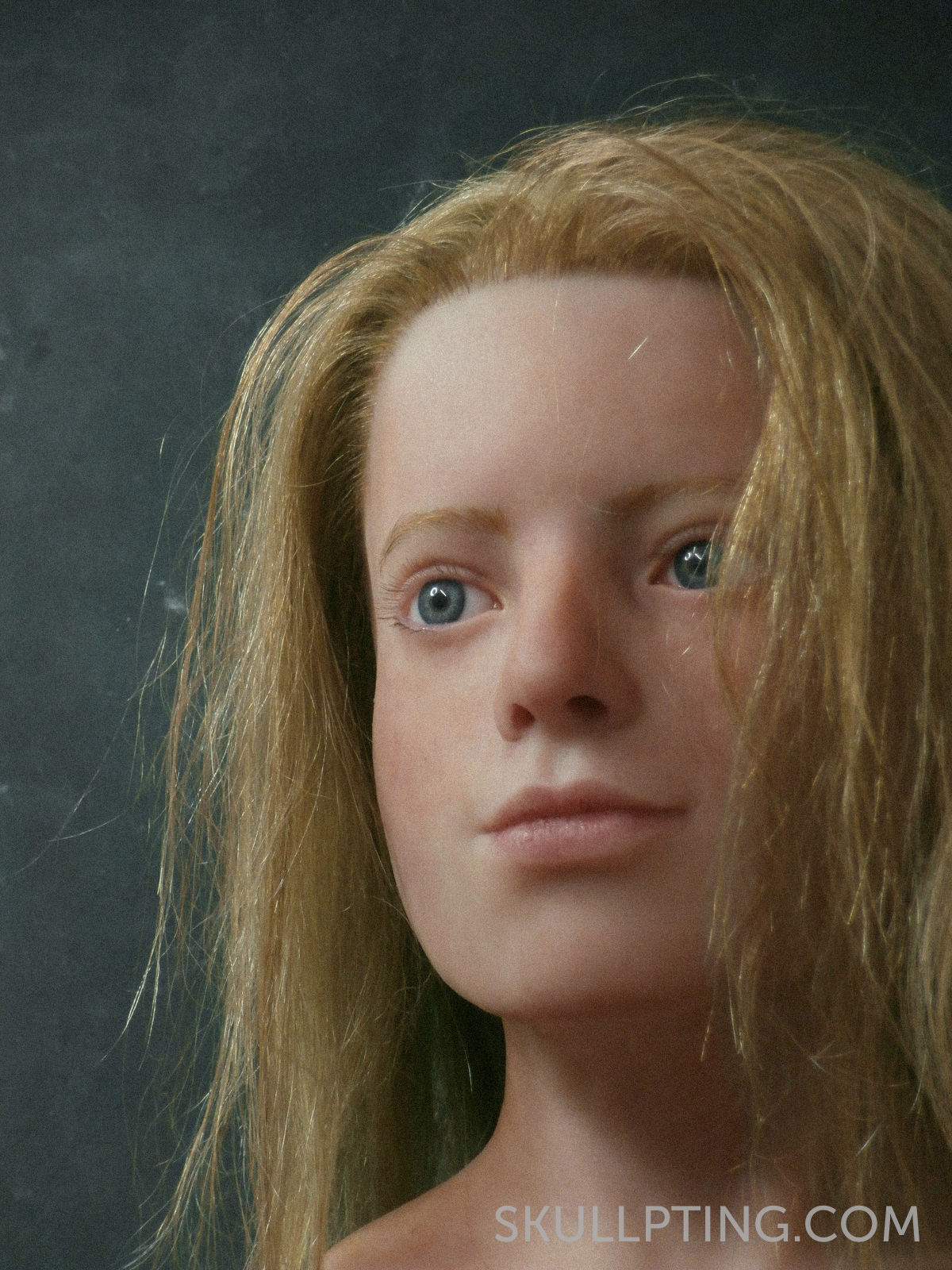 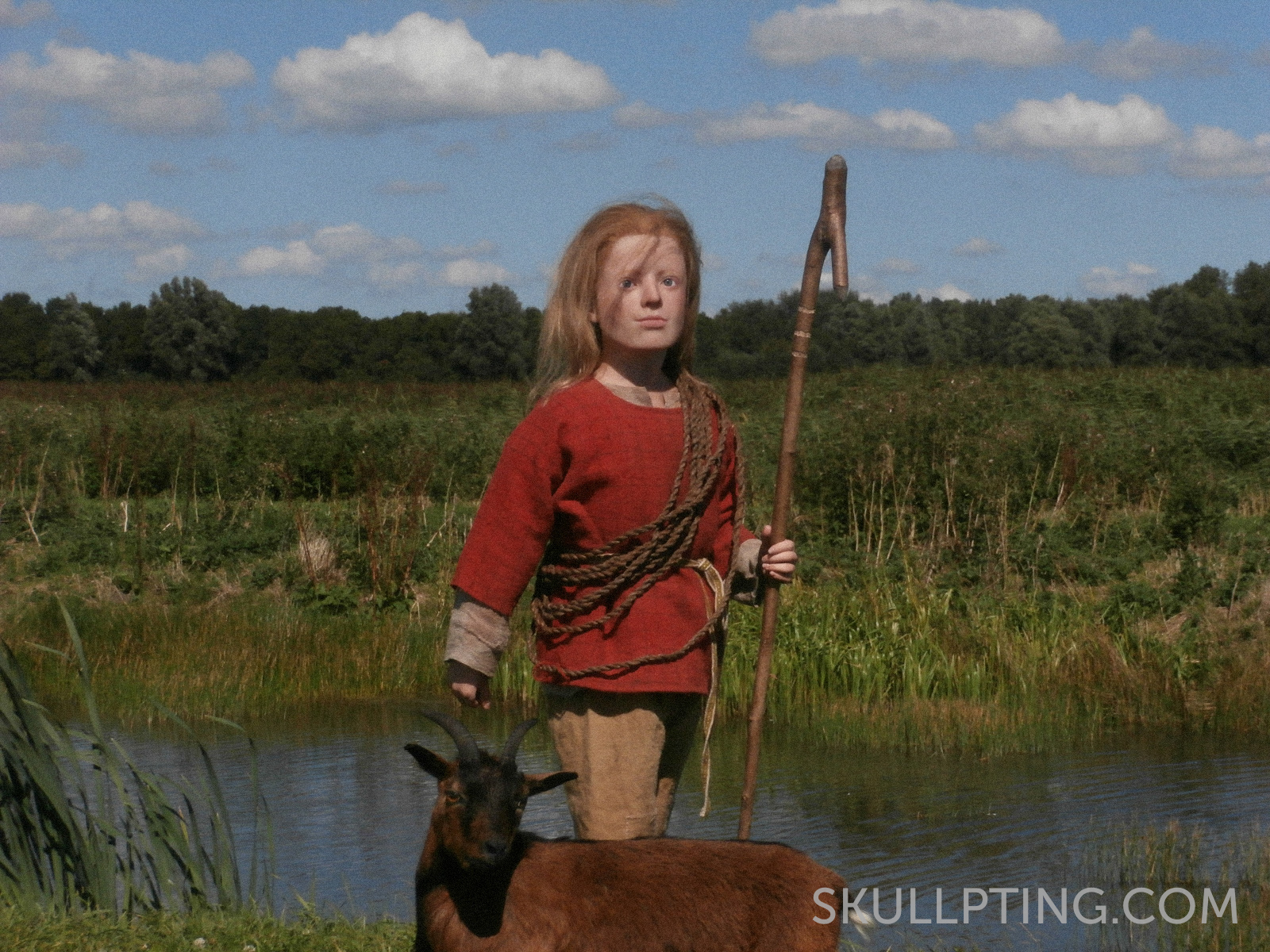 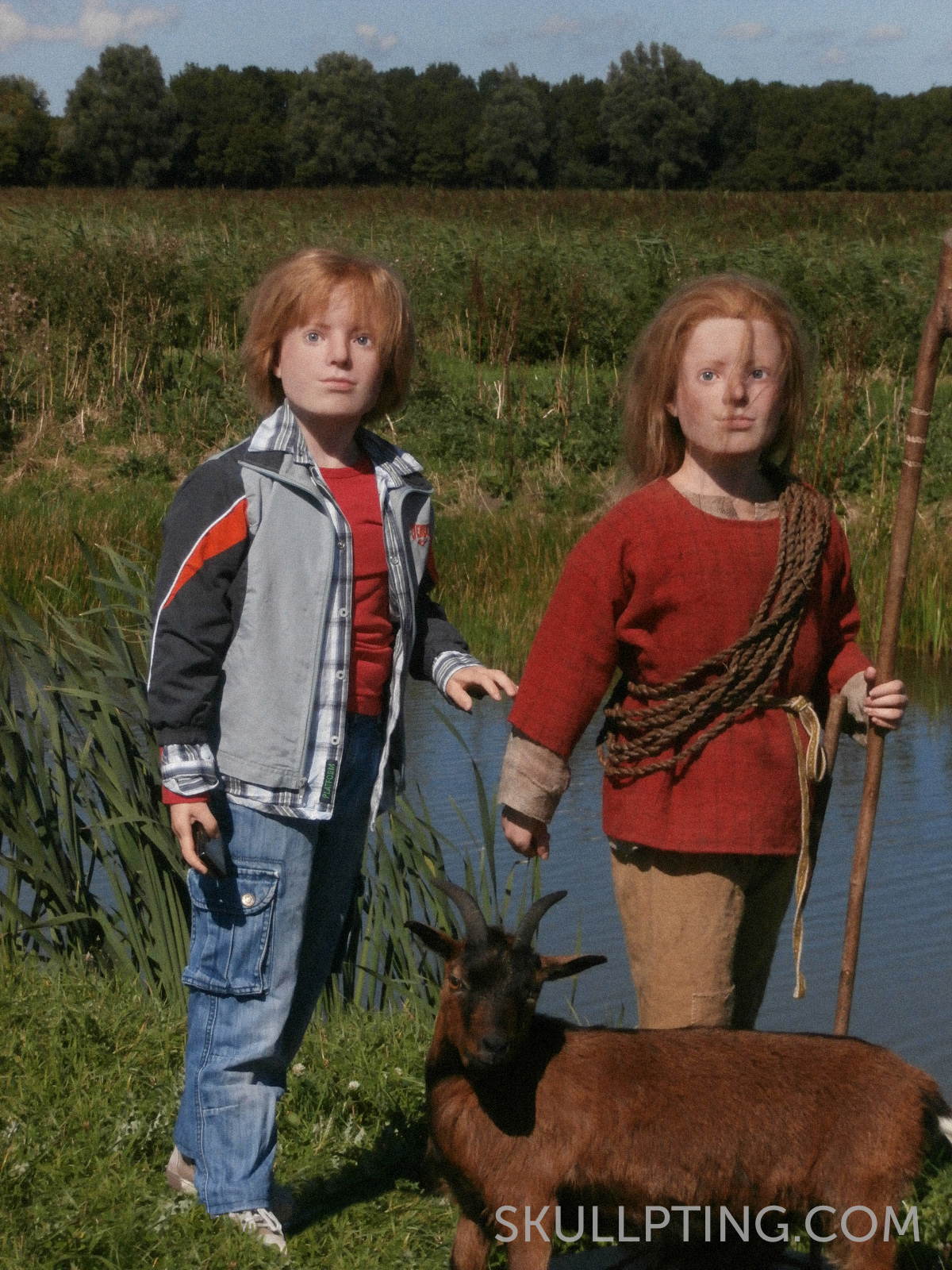 In the time machine. 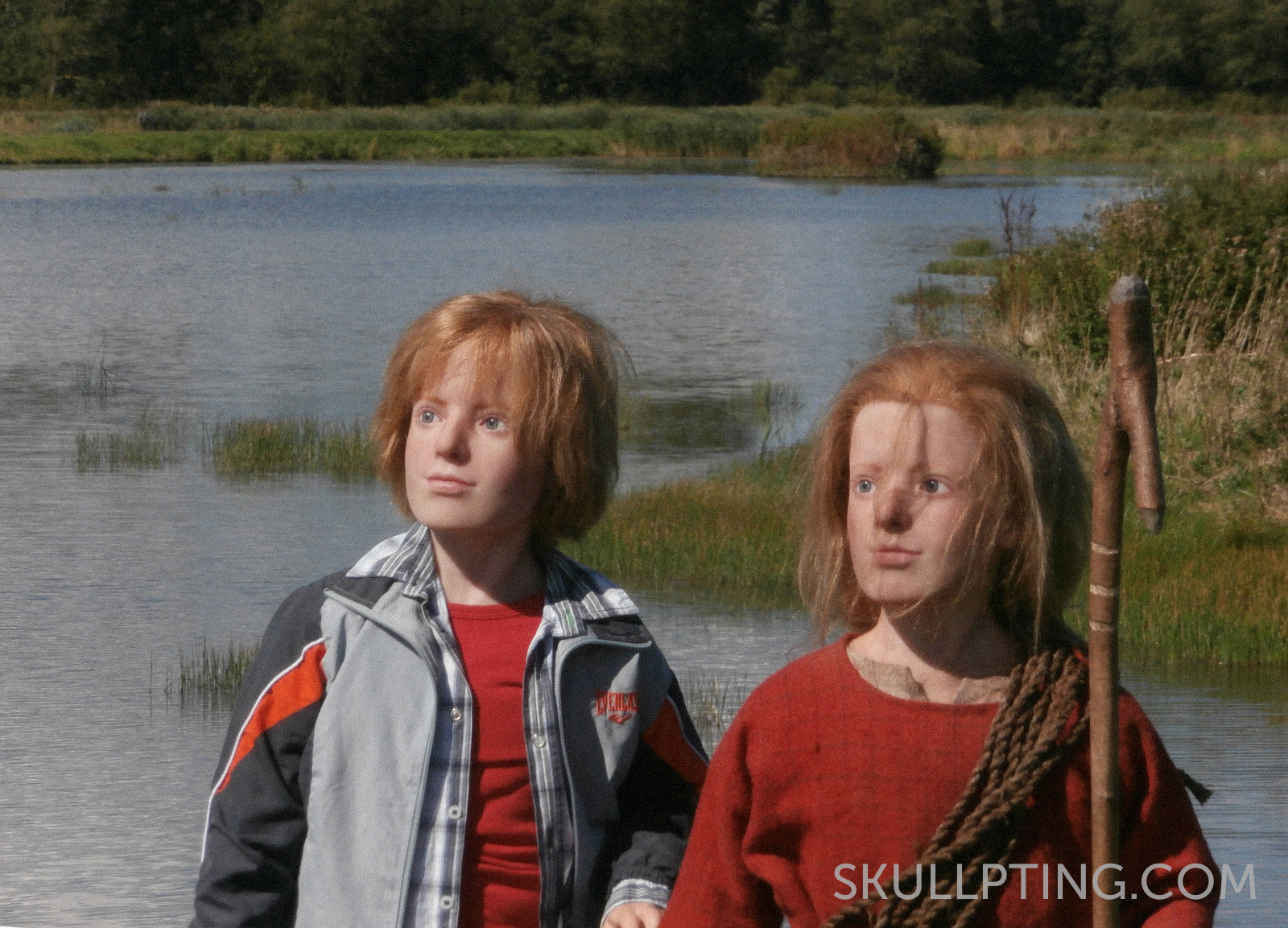 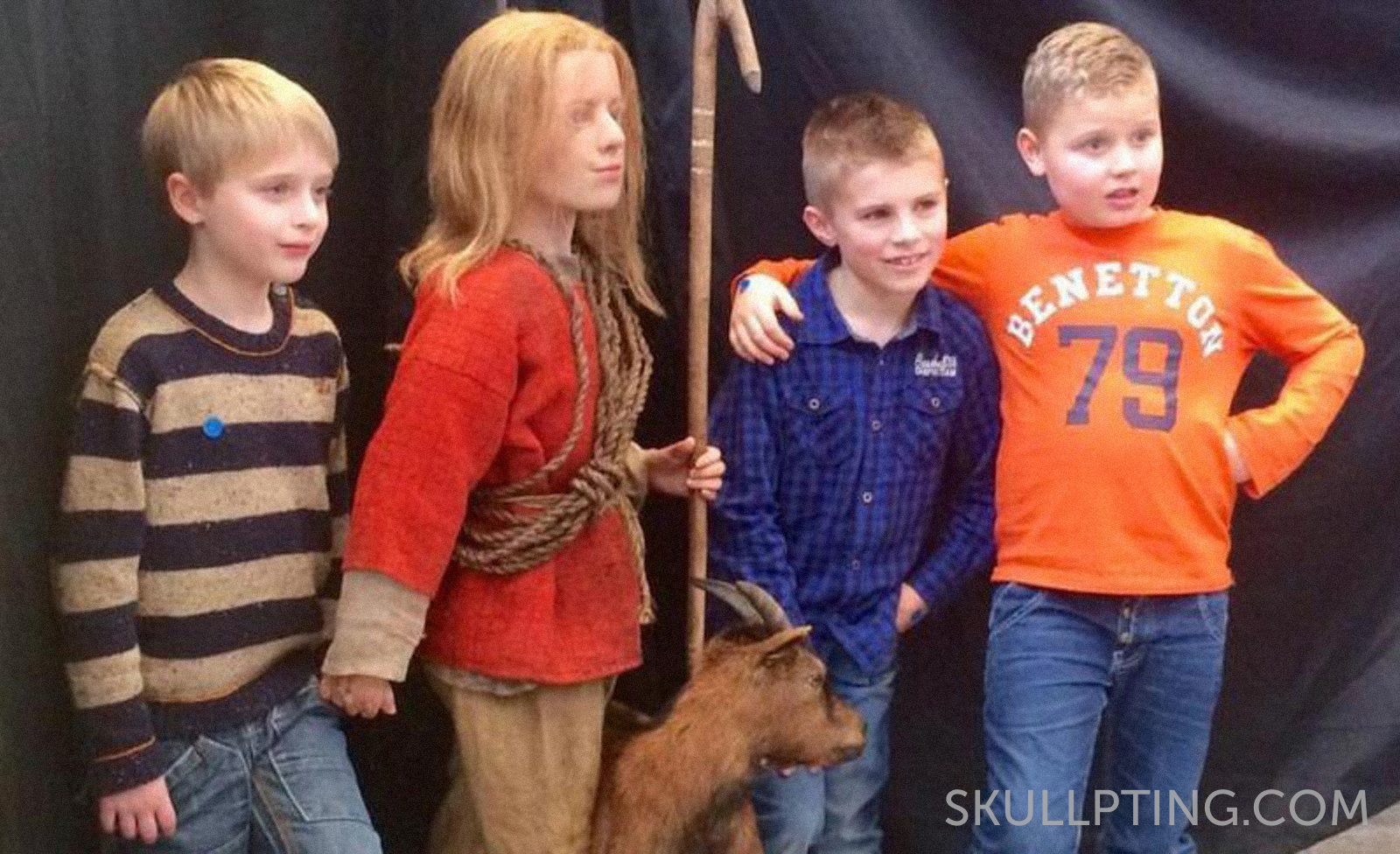 At the official revealing of Aak, the iron age boy. Picture: NOS jeugdjournaal 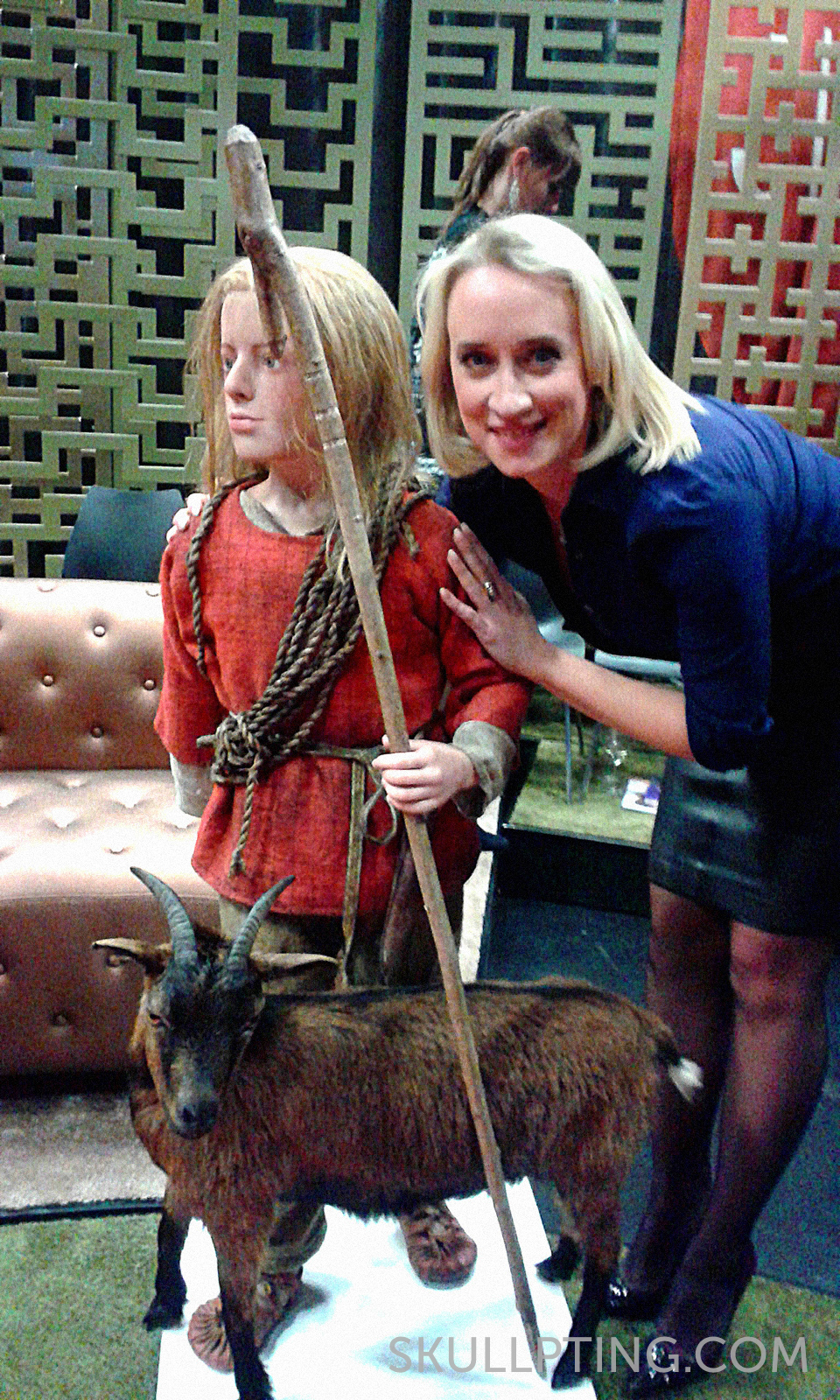 
The grave of this 9-year old boy was situated alongside a ring ditch. This ditch probably belonged to a burial mound. He was in a supine position with his knees flexed and his head at the same high level. Much later there were also two cows interred alongside this ditch. The meaning of this all, because there were  more pits and strange burials on this terrain, remains an enigma.  Most people living in that period were farmers. He is also reconstructed as a modern boy. The skull is scanned in the AMC by M. Poulus and R.J. Jansen. Data is  converted by M. van Stralen, ISI, at the UMC Utrecht. 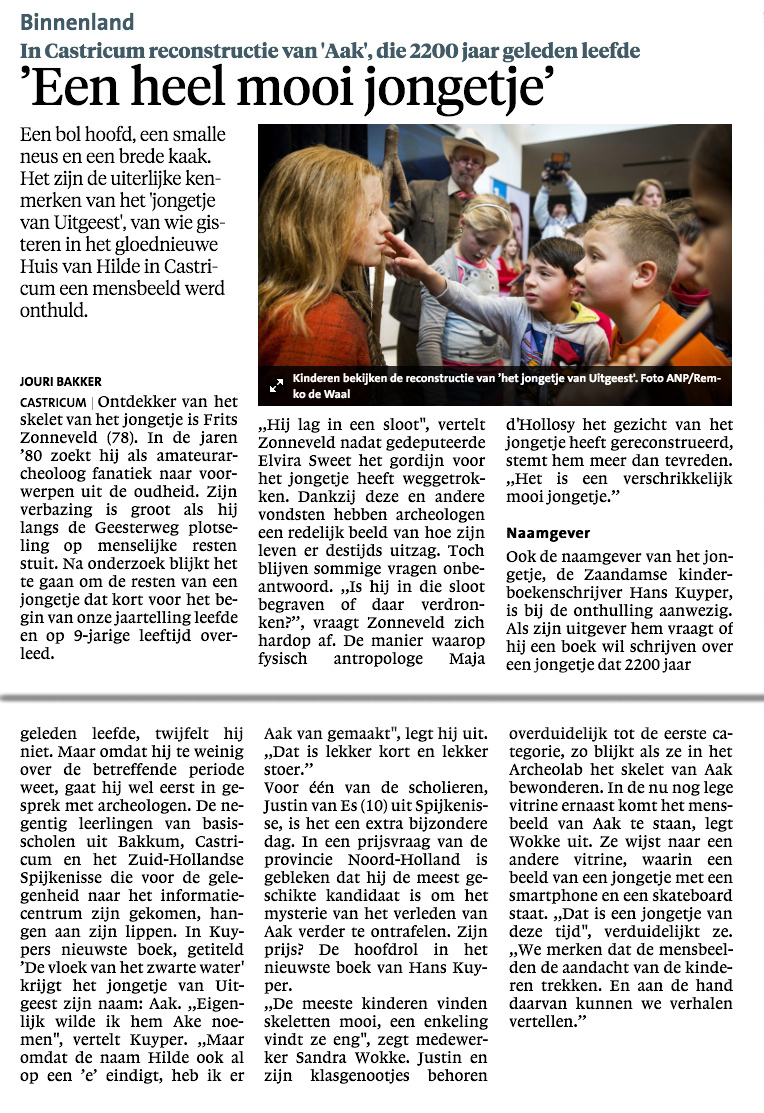 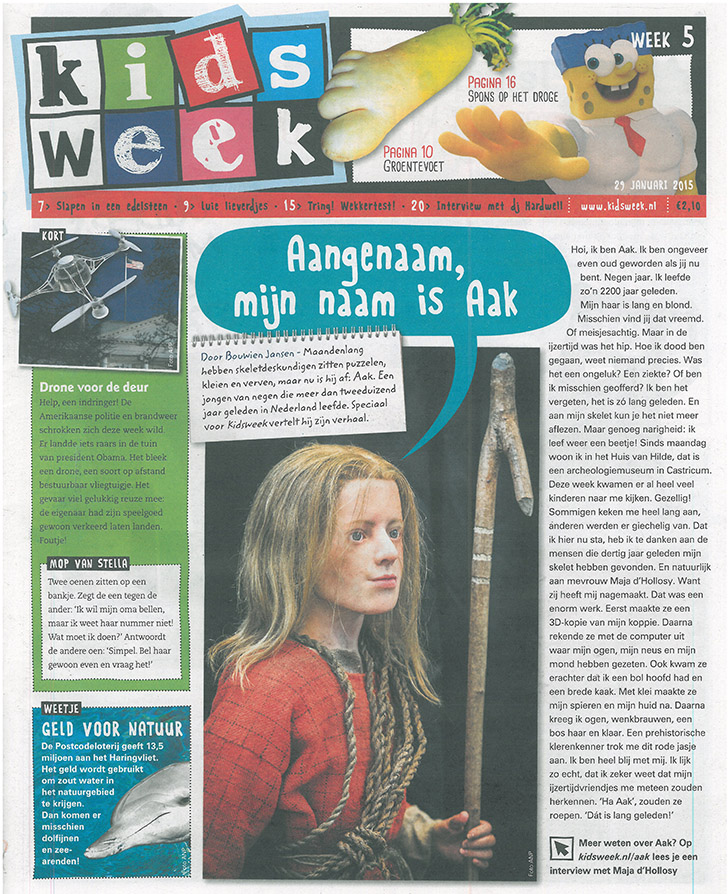 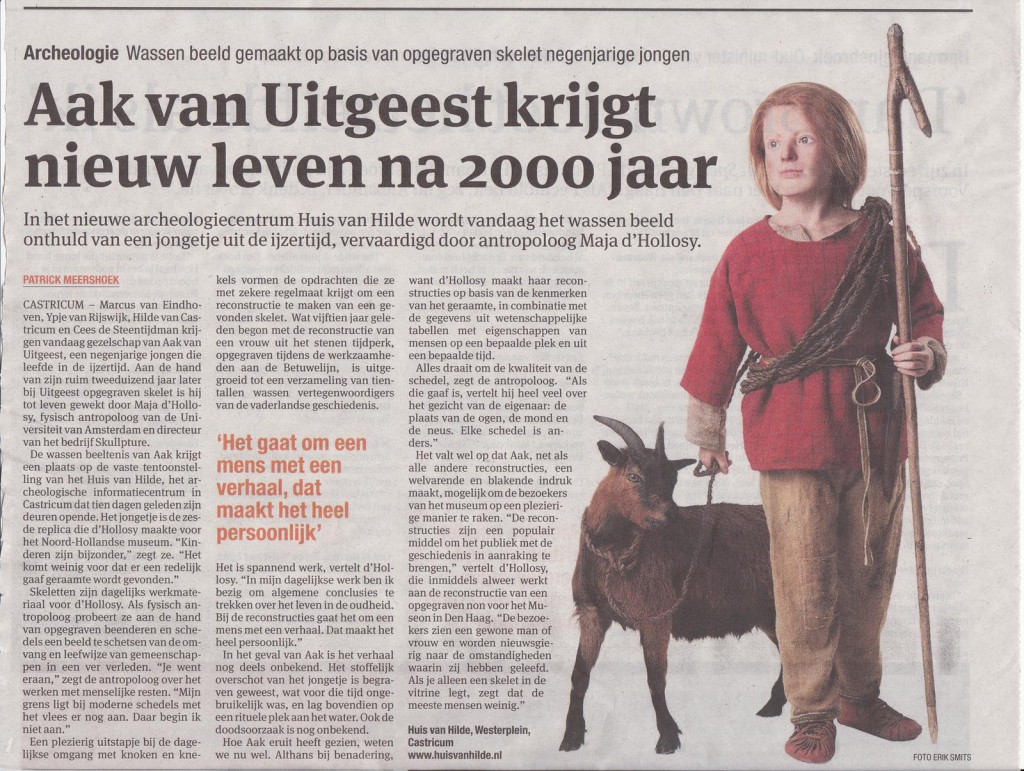 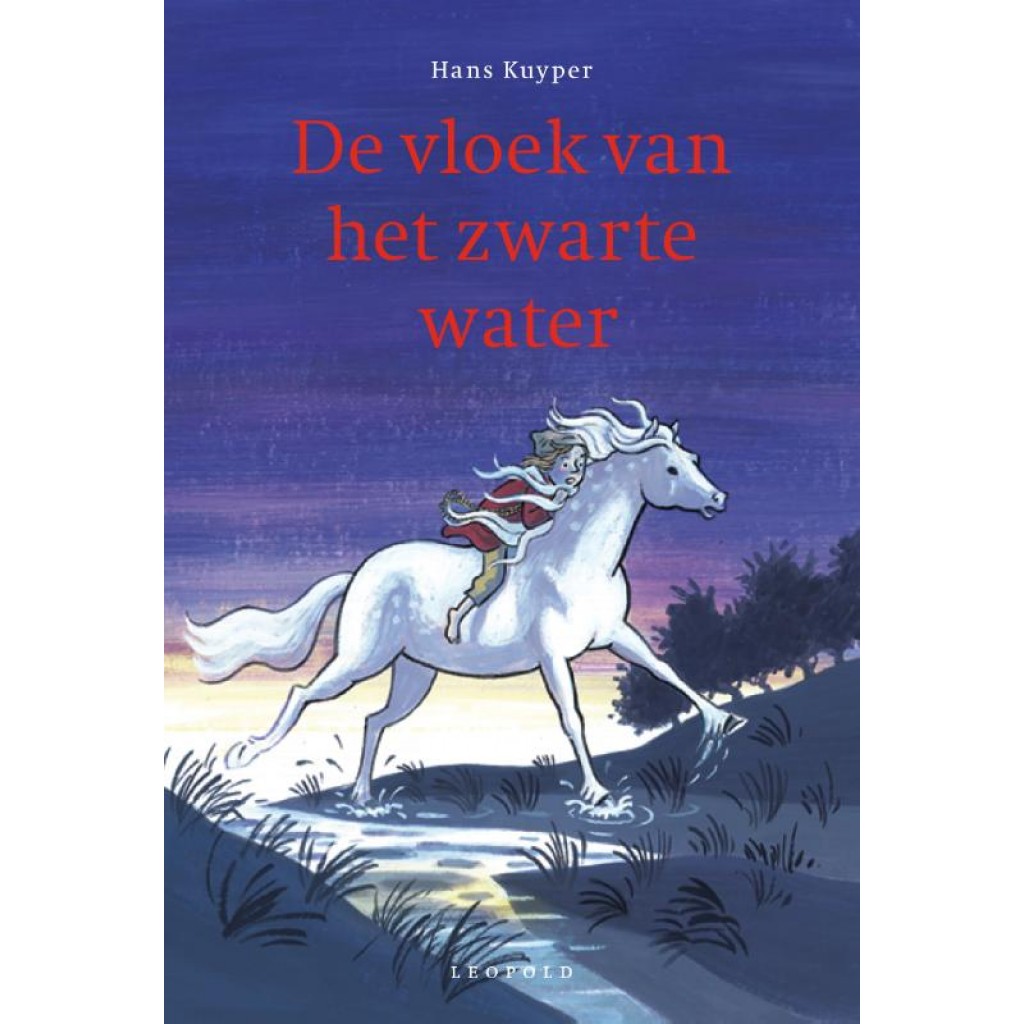