The oldest grave of the Netherlands, “Trijntje”

Period: 5500 years before Christ, the Middle Stone Age, the Mesolithic

Trijntje as she was found (foto: PAB). 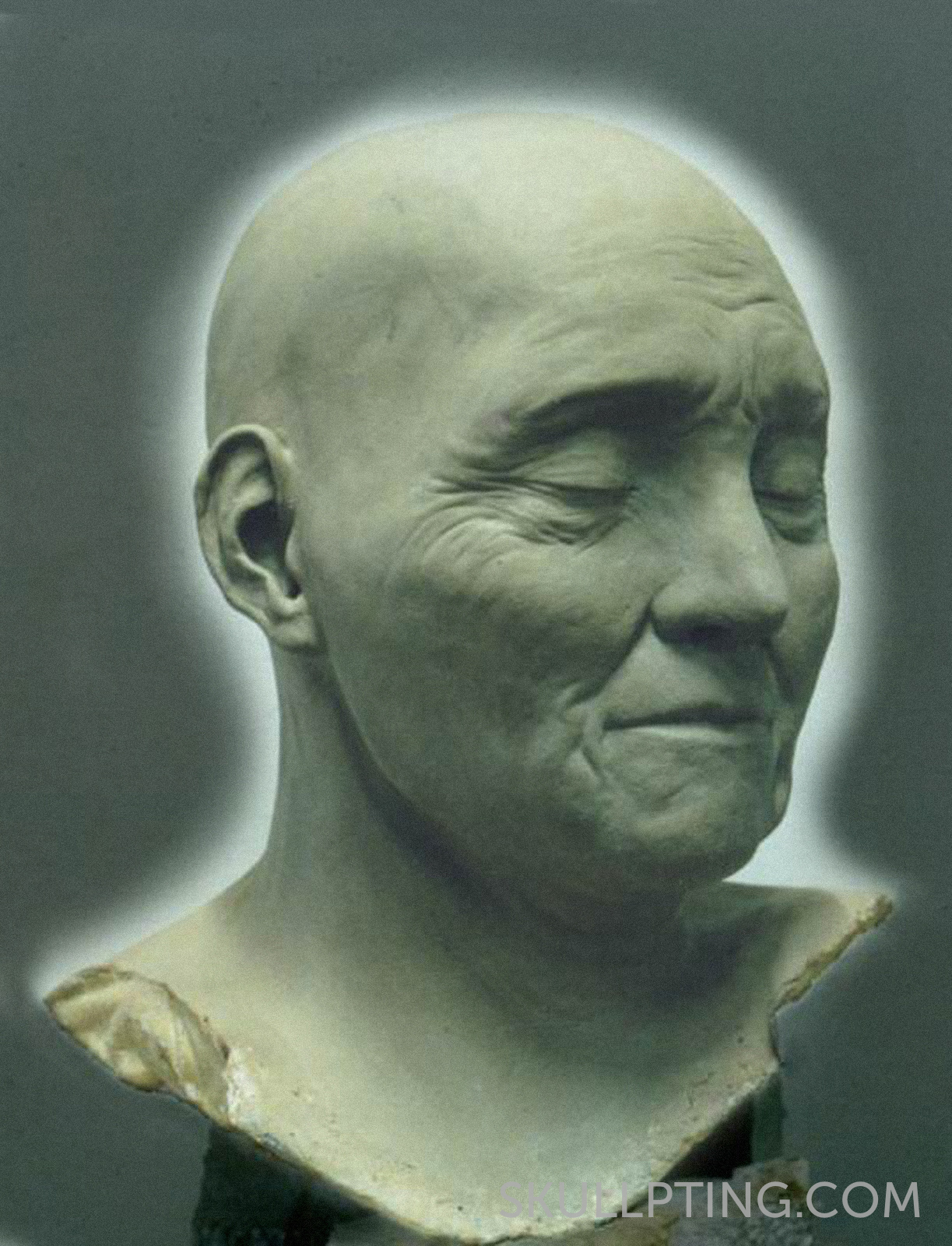 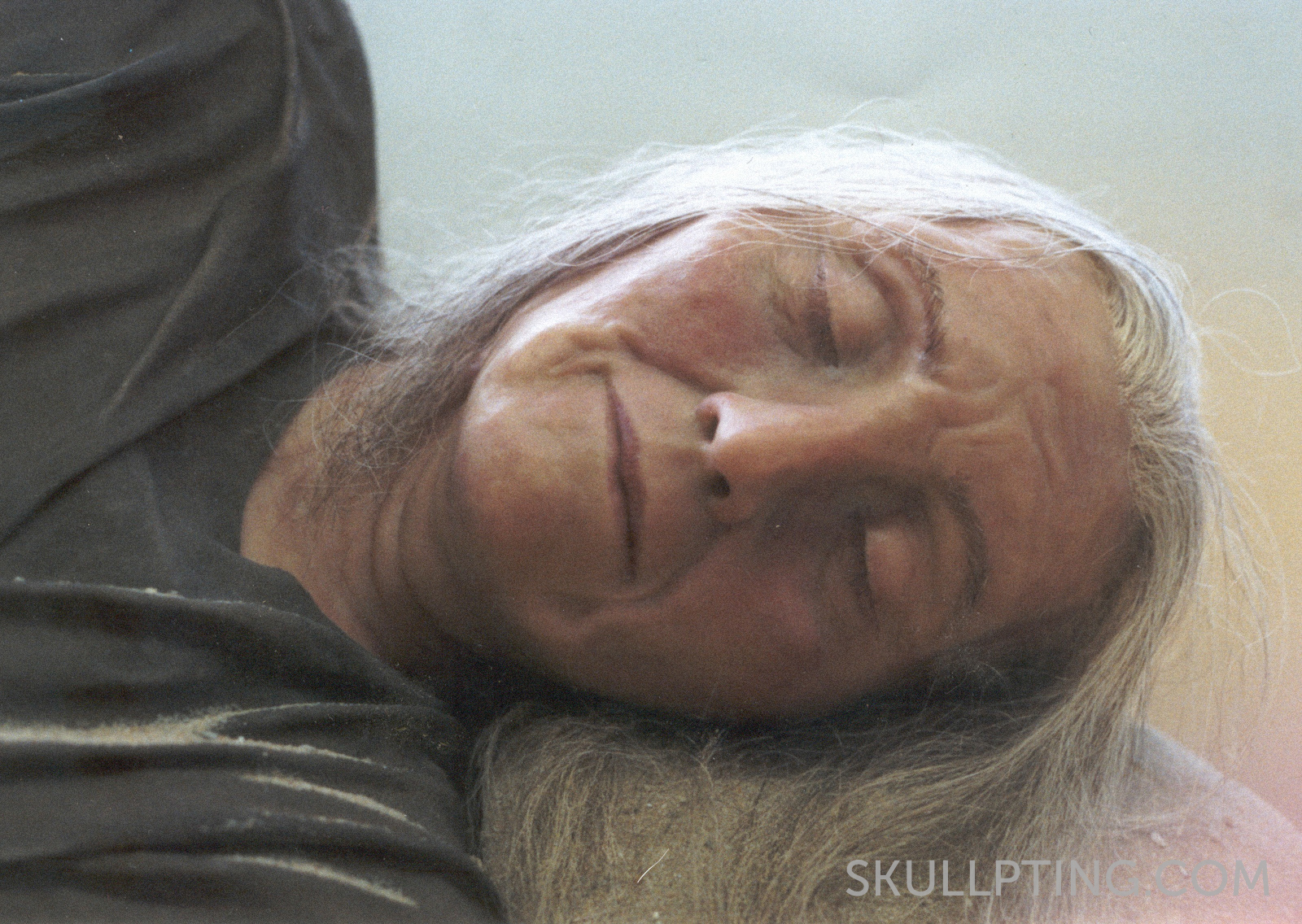 Reconstruction of Trijntje as she was laid out at her burial. 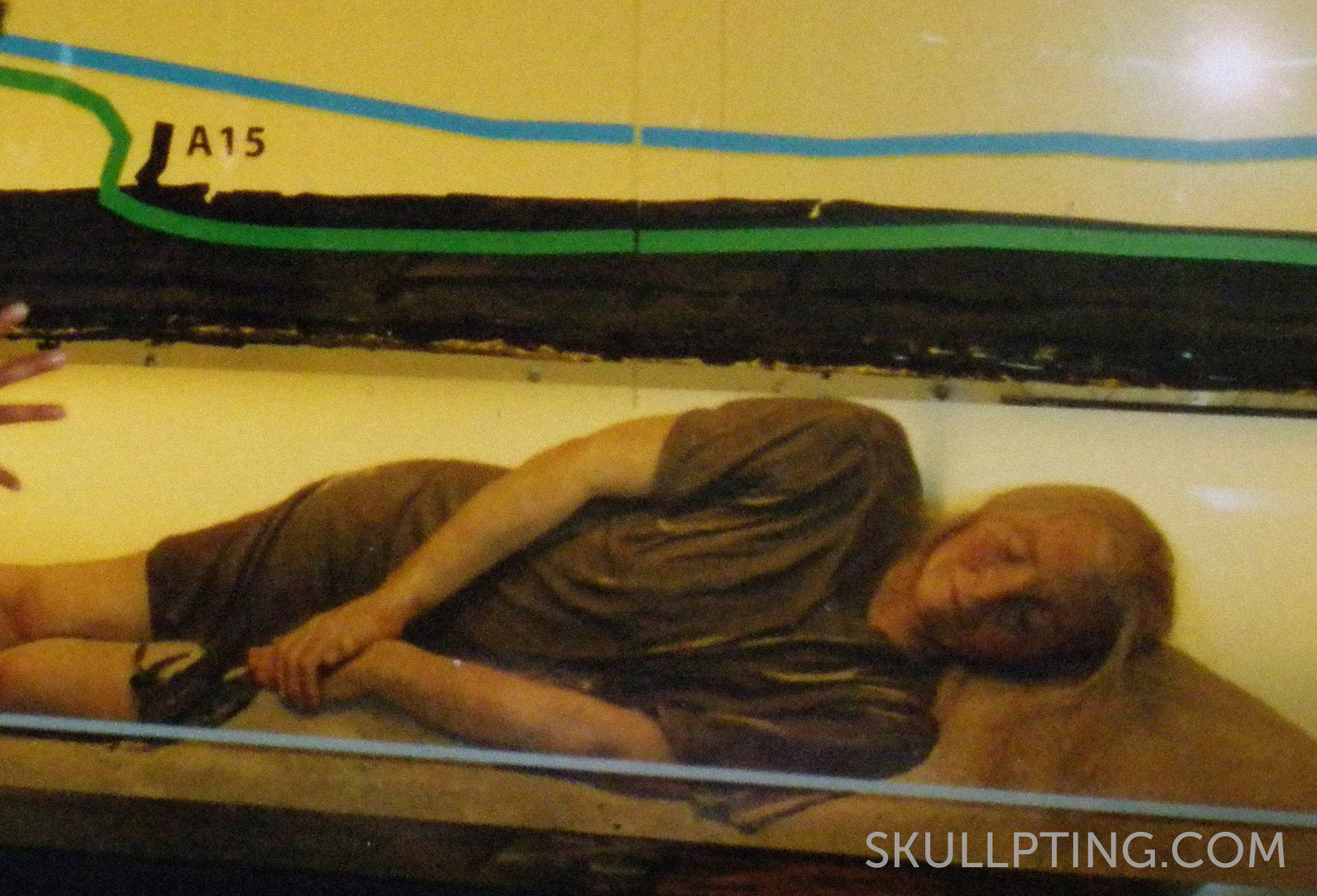 At the exhibition (photo E. Wieringa). 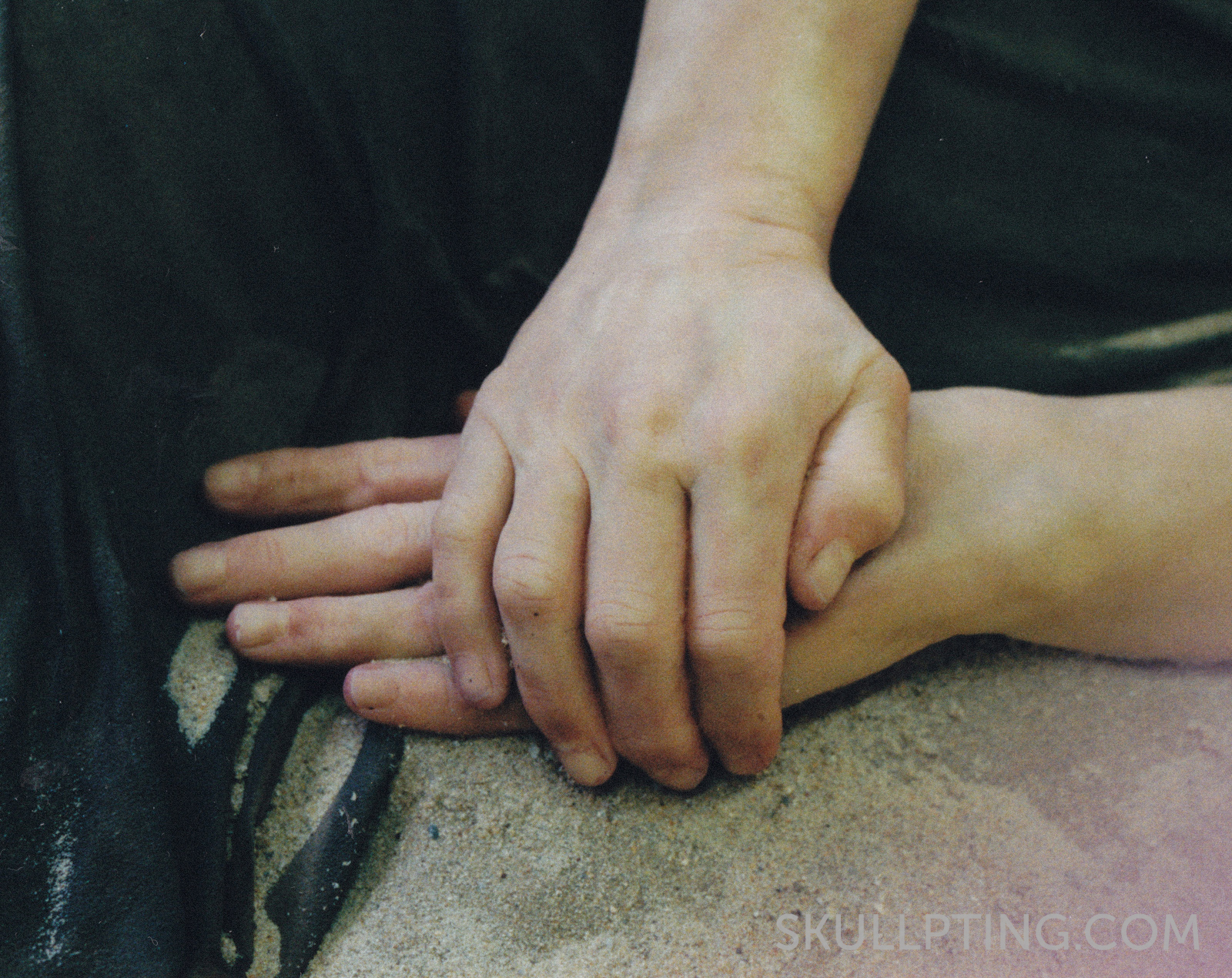 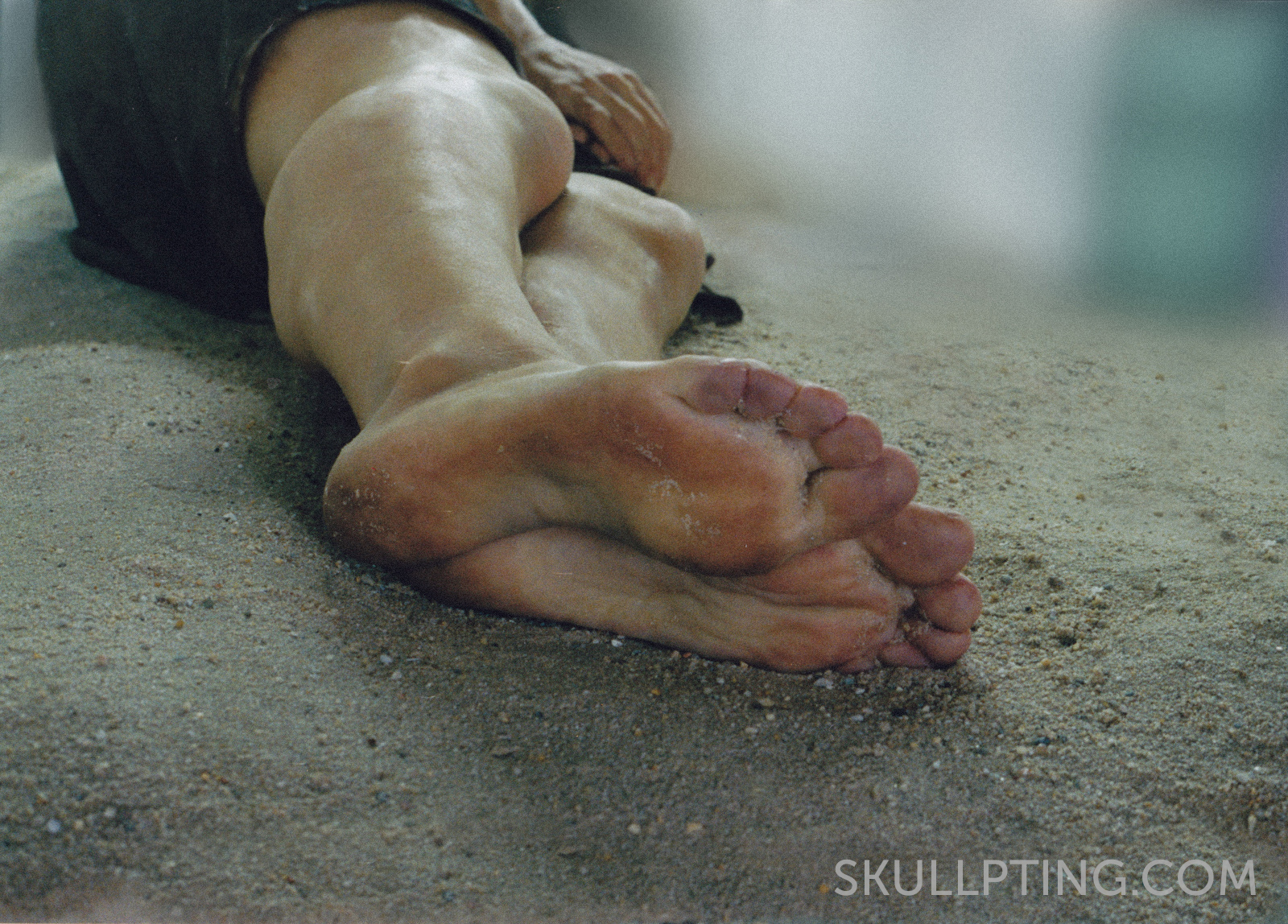 Trijntje was a woman of 40 – 60 years old. She was buried 7500 years ago, making hers the oldest known burial site in the Netherlands. She lived in the Middle Stone Age and belonged to the hunter-gatherers. This facial reconstruction was completed with Trijntje’s body laid out in the same position as it was found during the excavation.

Her skull has been scanned in the University Medical Center Utrecht / Image Sciences Institute. Here dr. K.L. Vincken has processed and adapted the digital skull data.

Exhibition: the museum De Koperen Knop, at Hardinxveld – Giessendam, the area where she used to live. 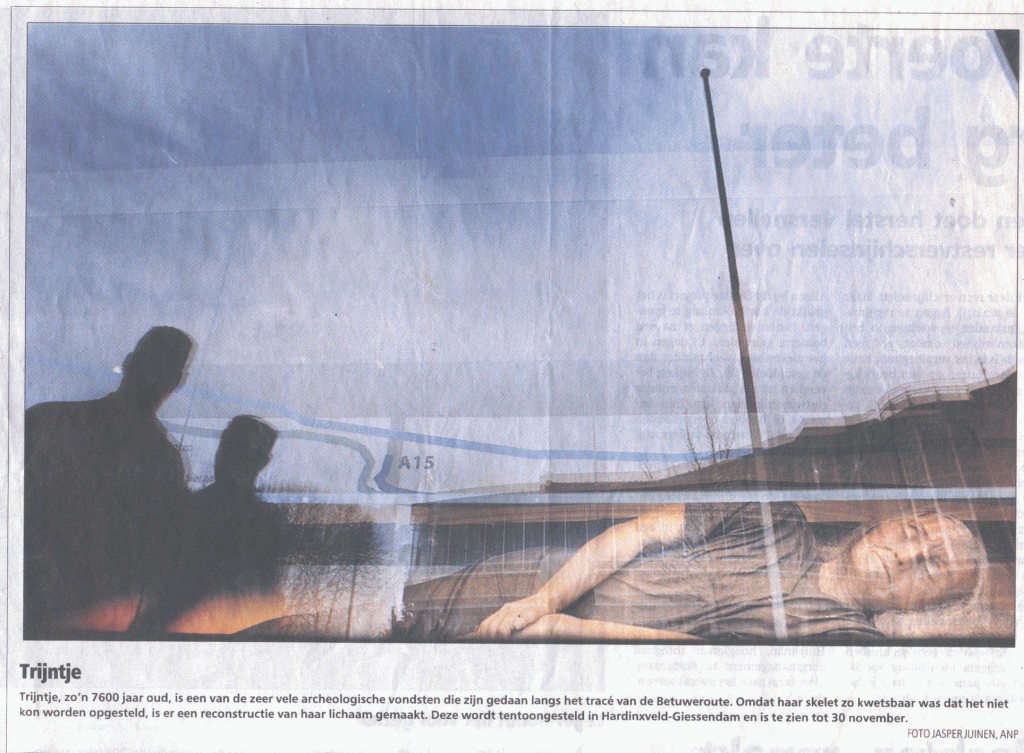 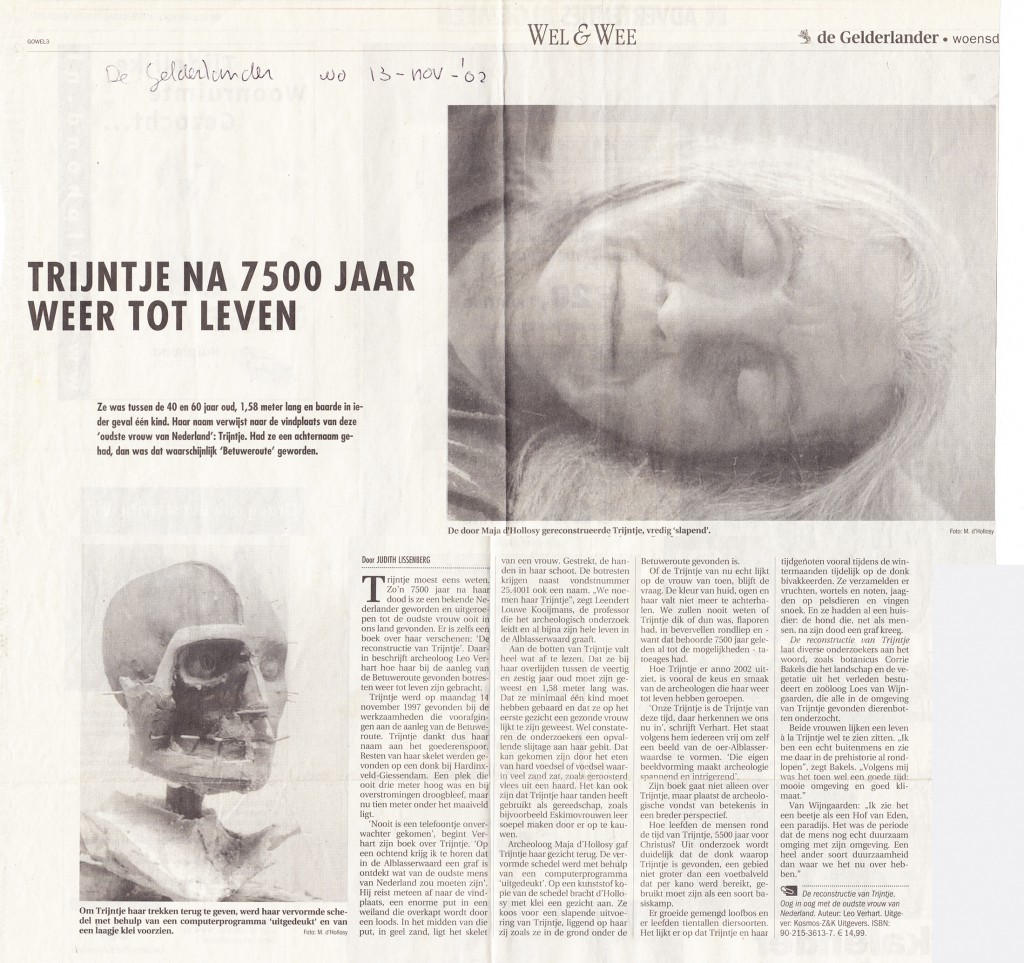 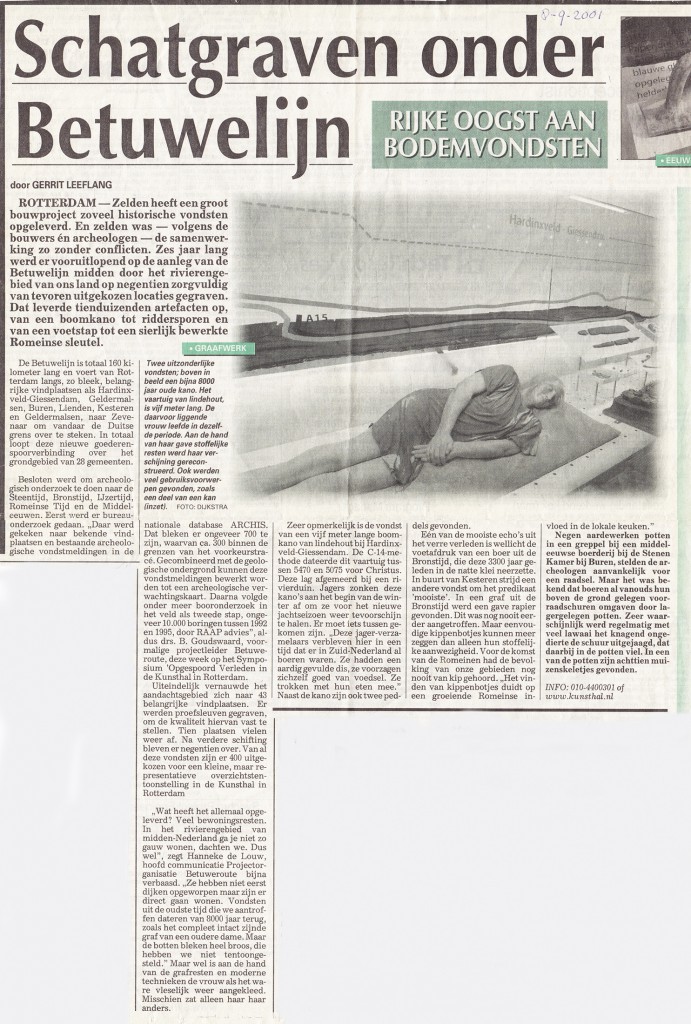 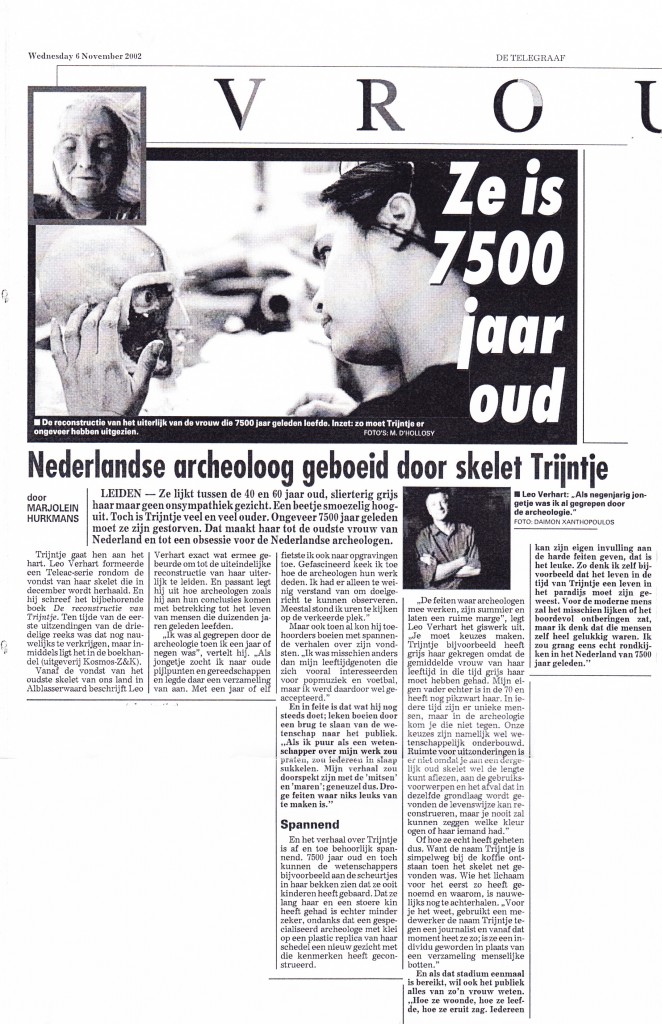 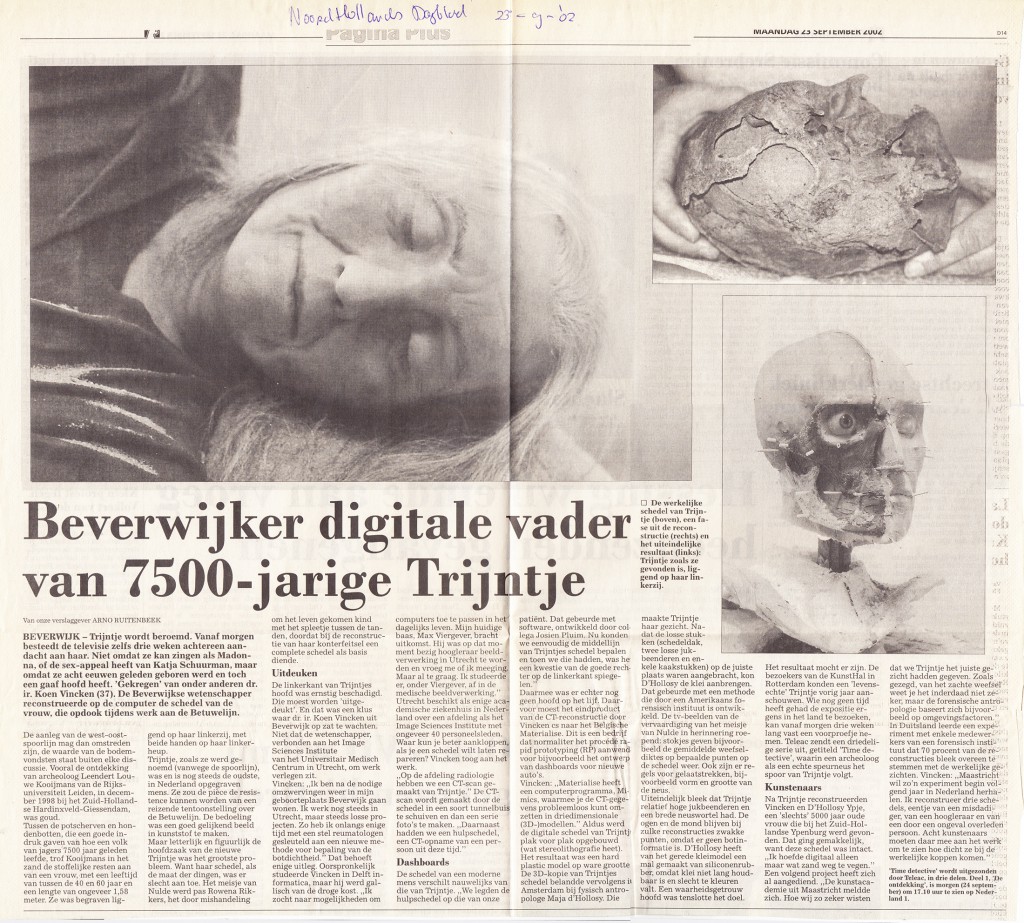 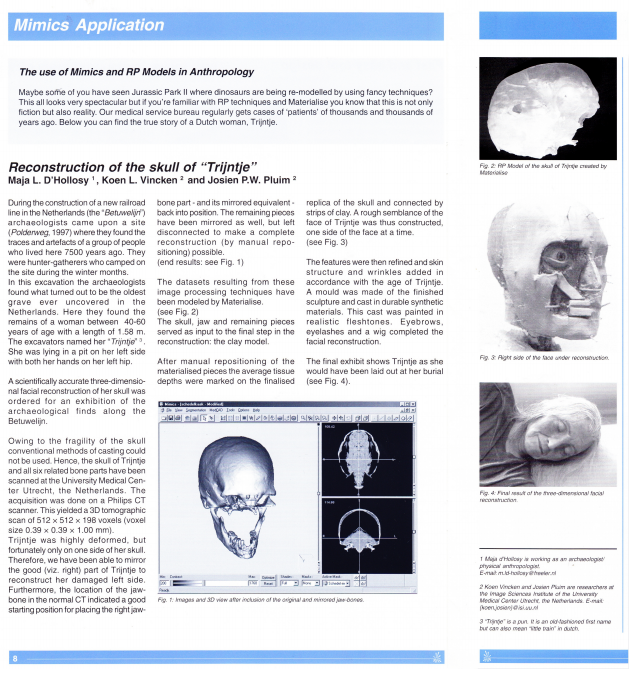 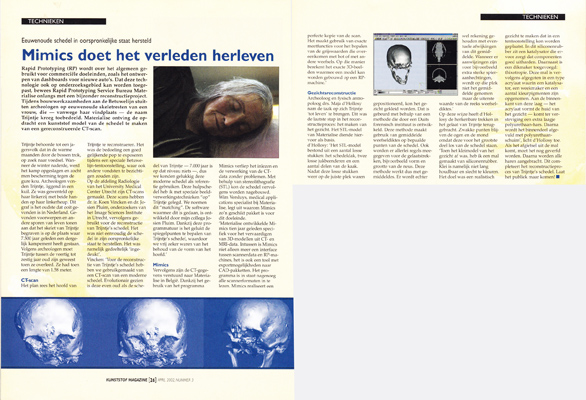 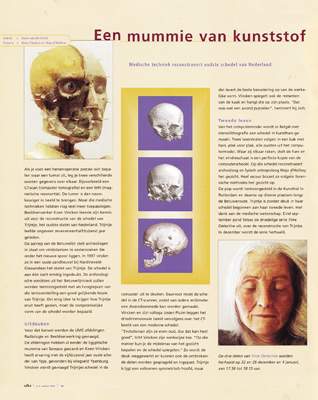