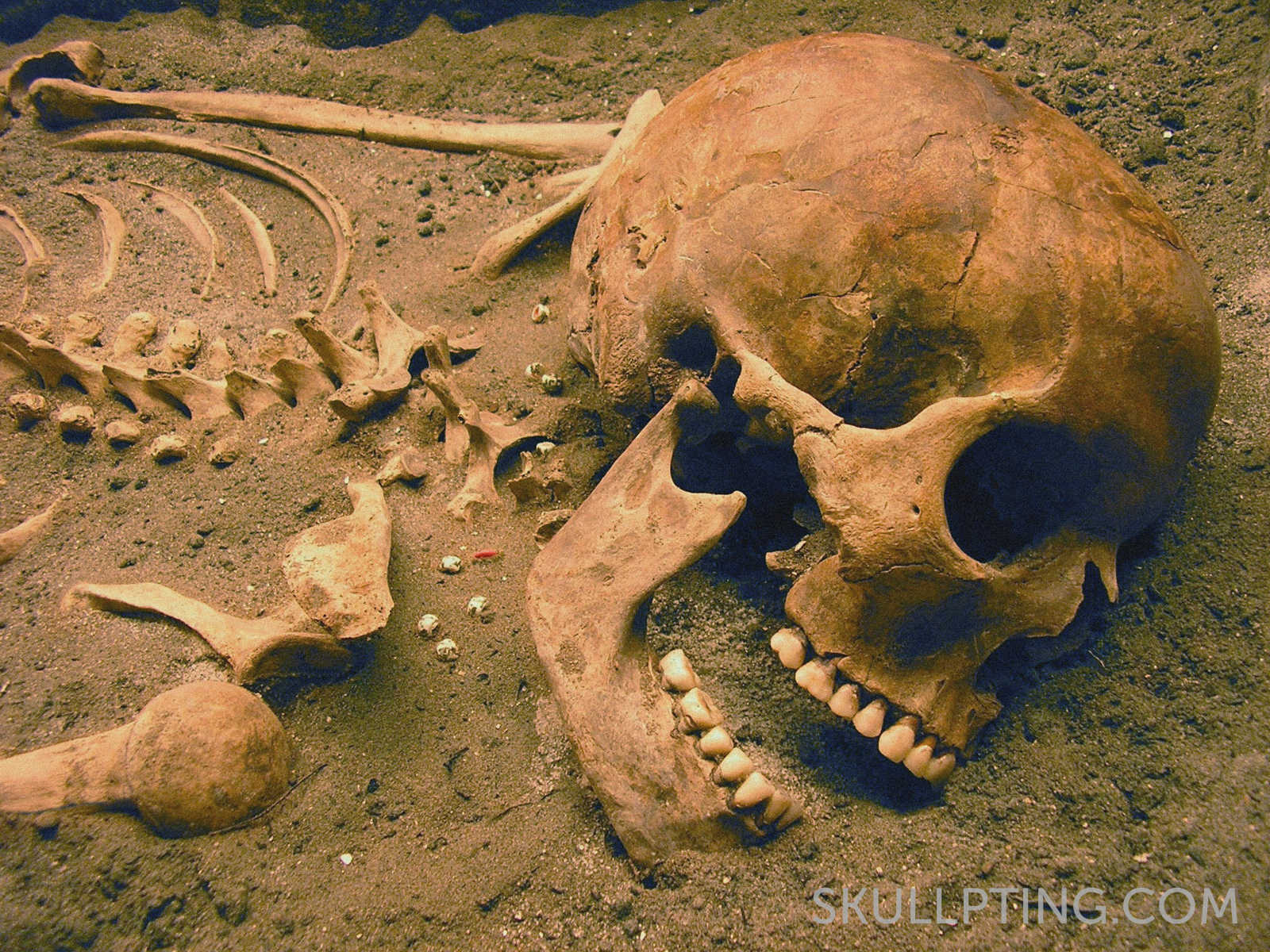 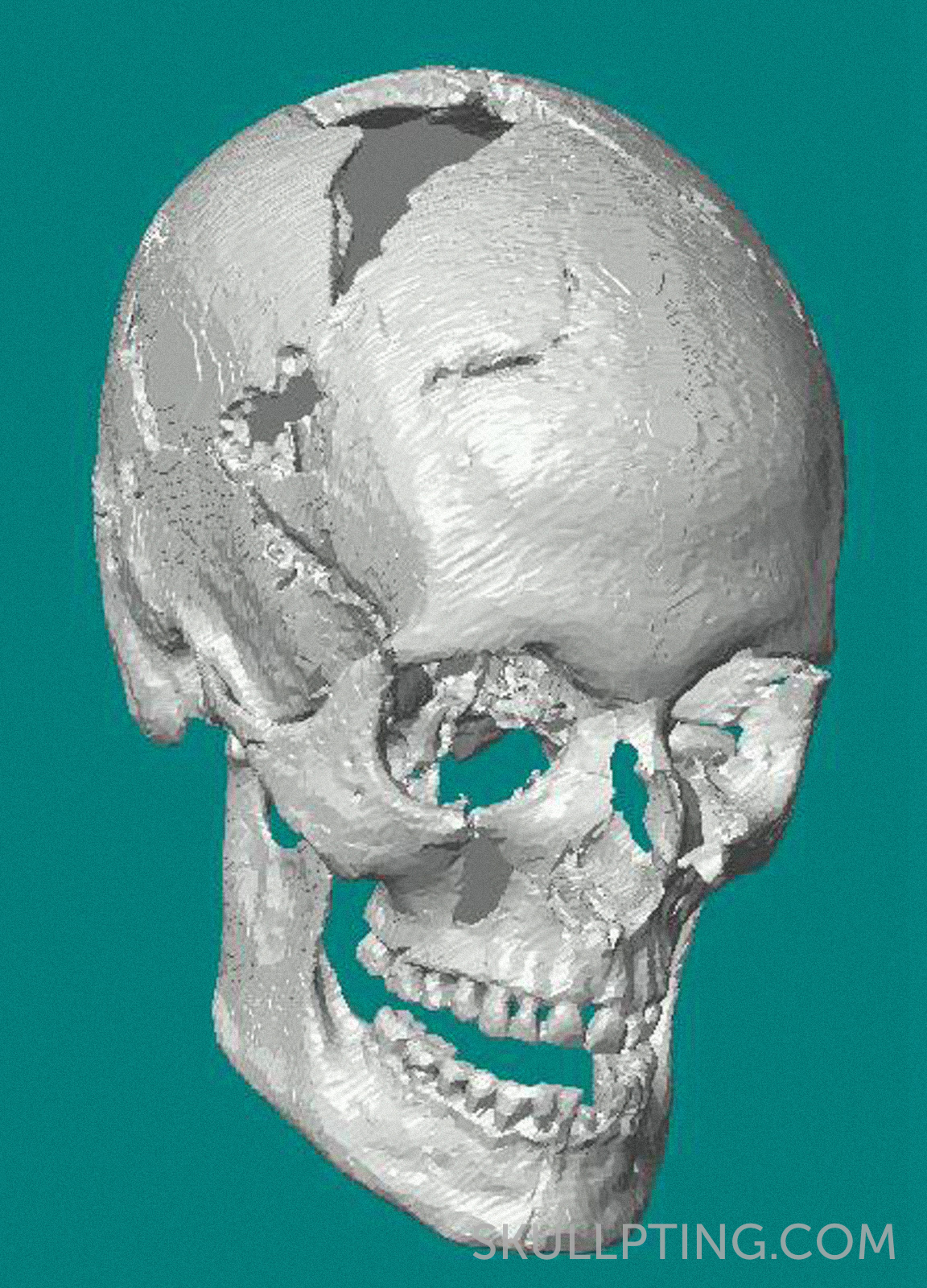 Her virtual skull after CT-scanning. 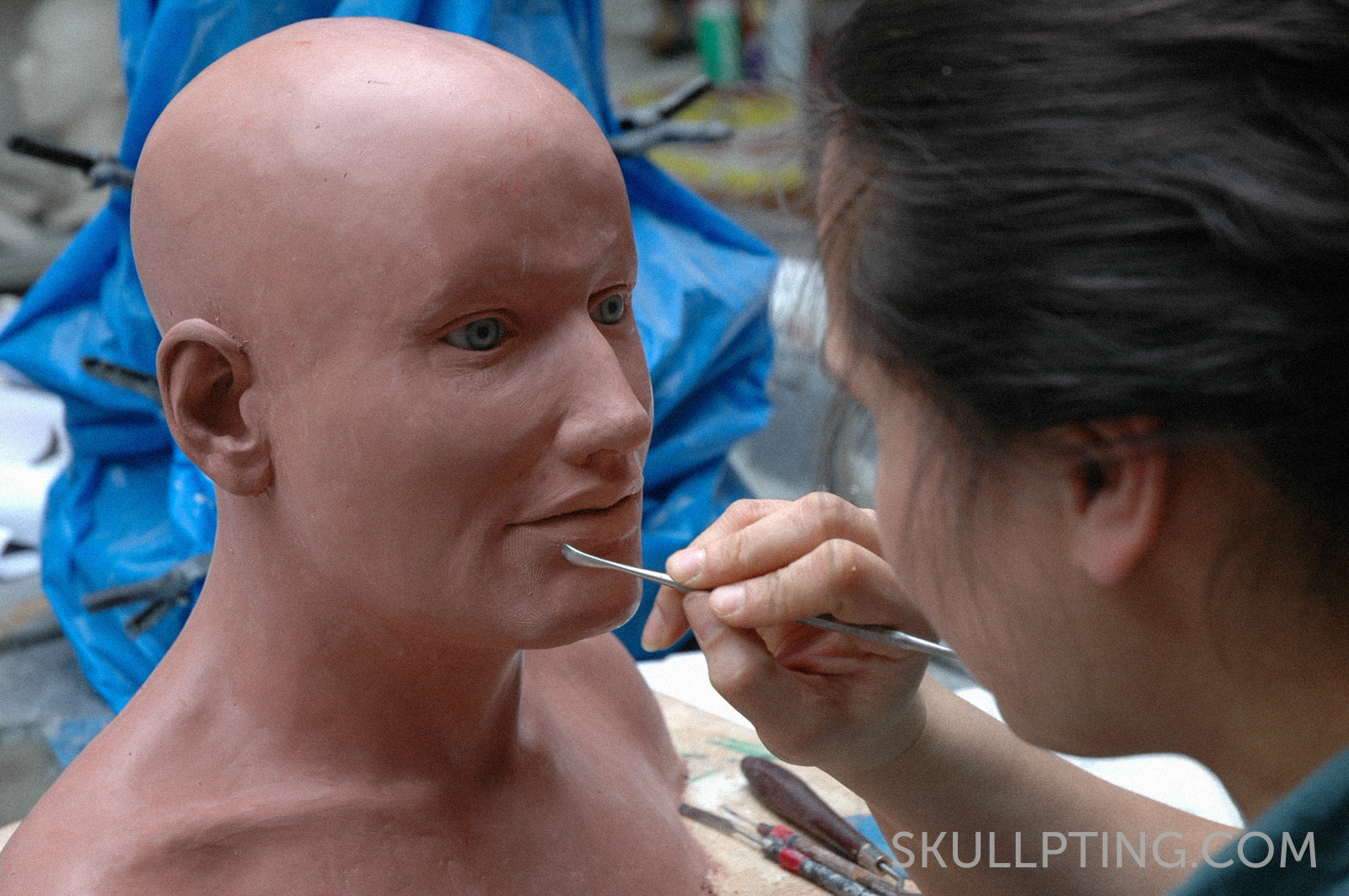 The last refinements (photography: A. Tuiten) 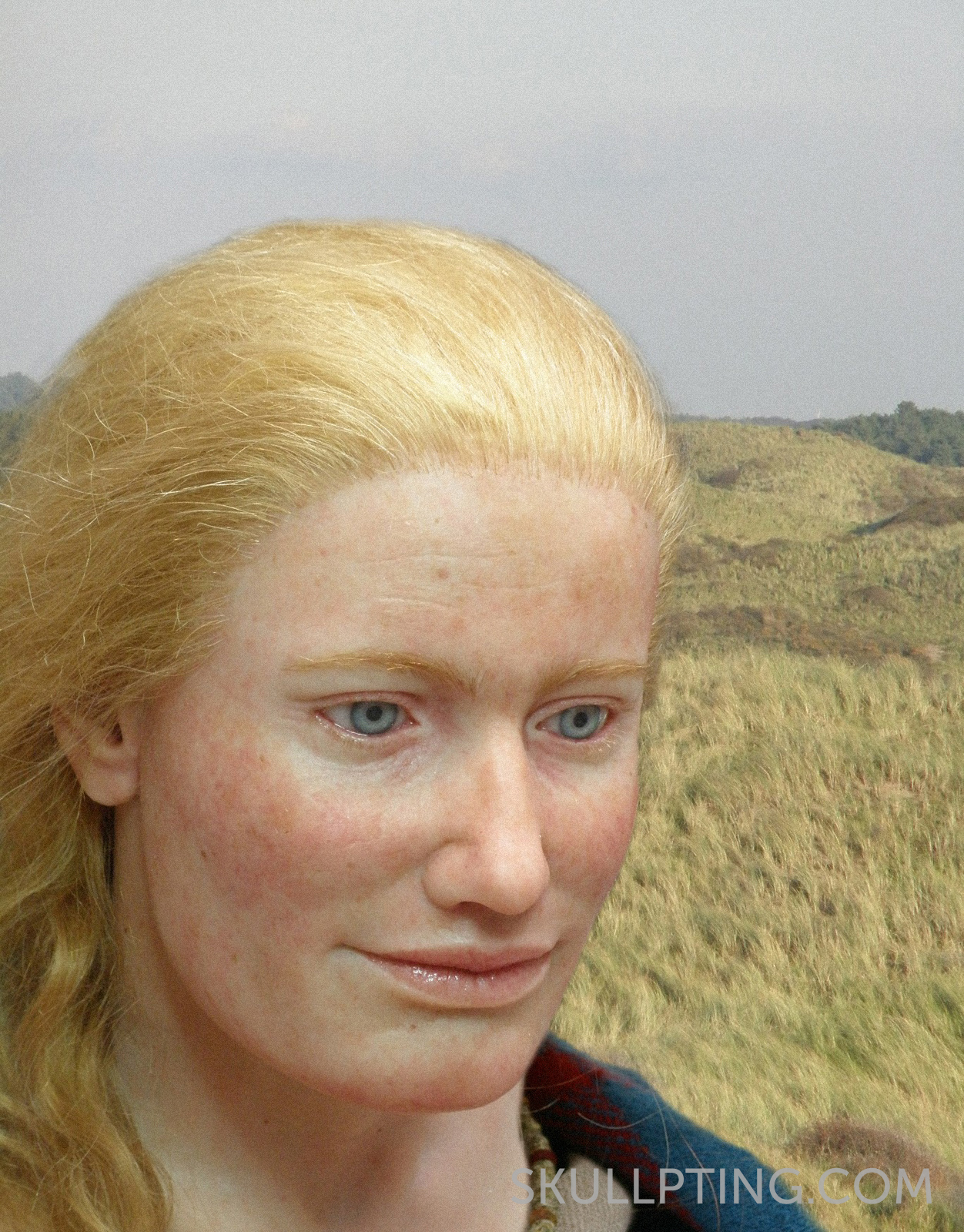 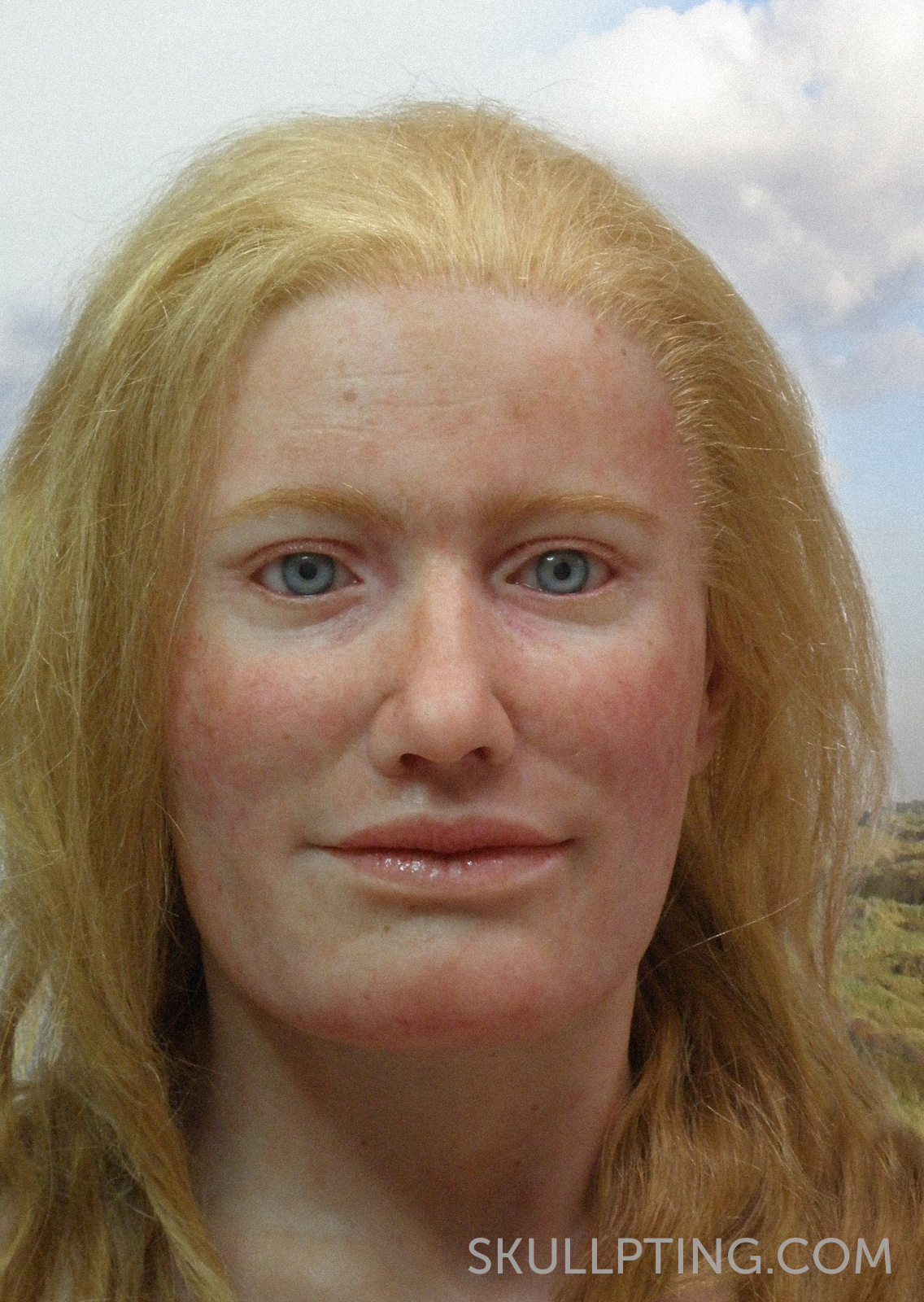 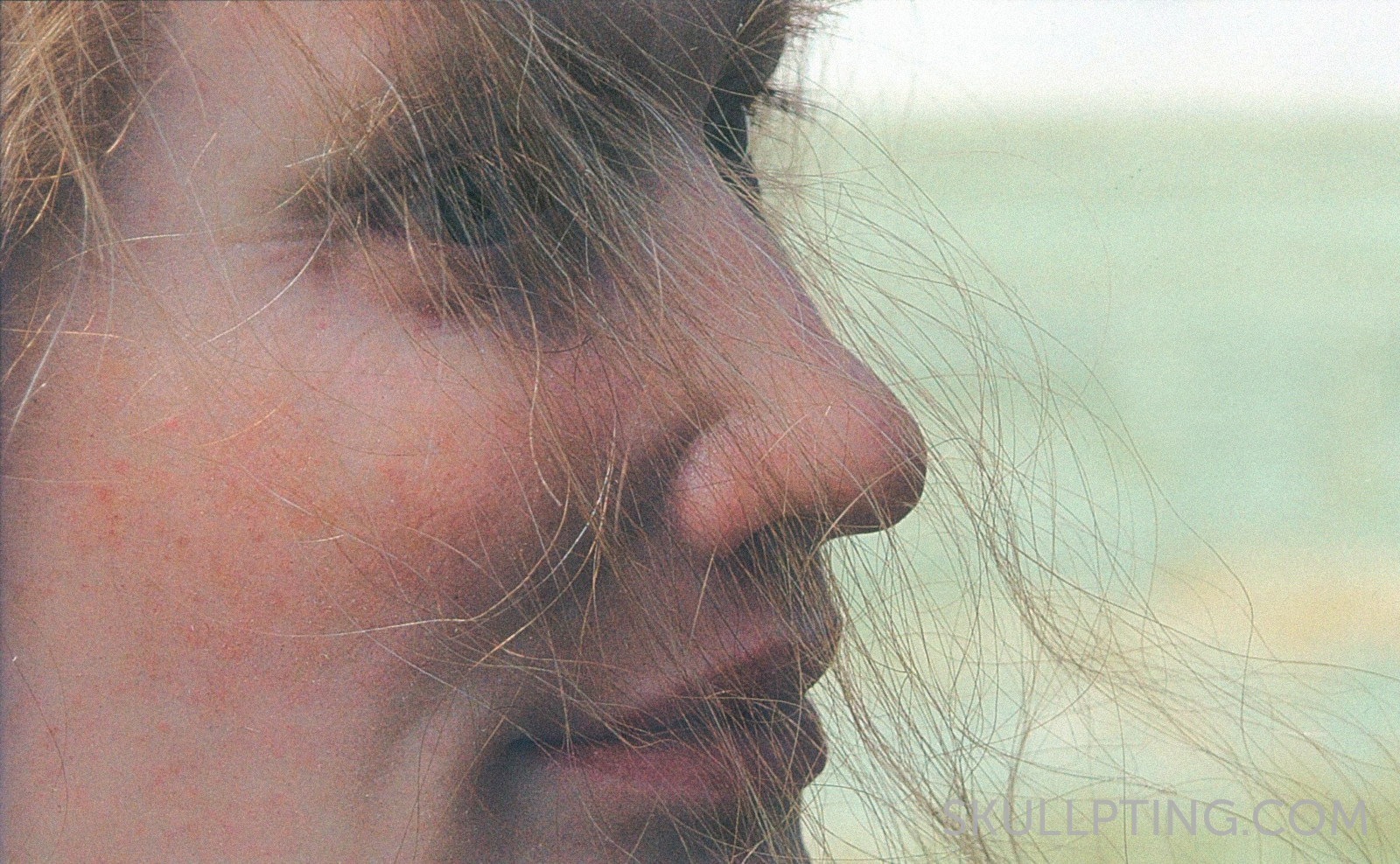 If Hilde was alive today, this could be her snapshot. (photography: R. van Eerden) 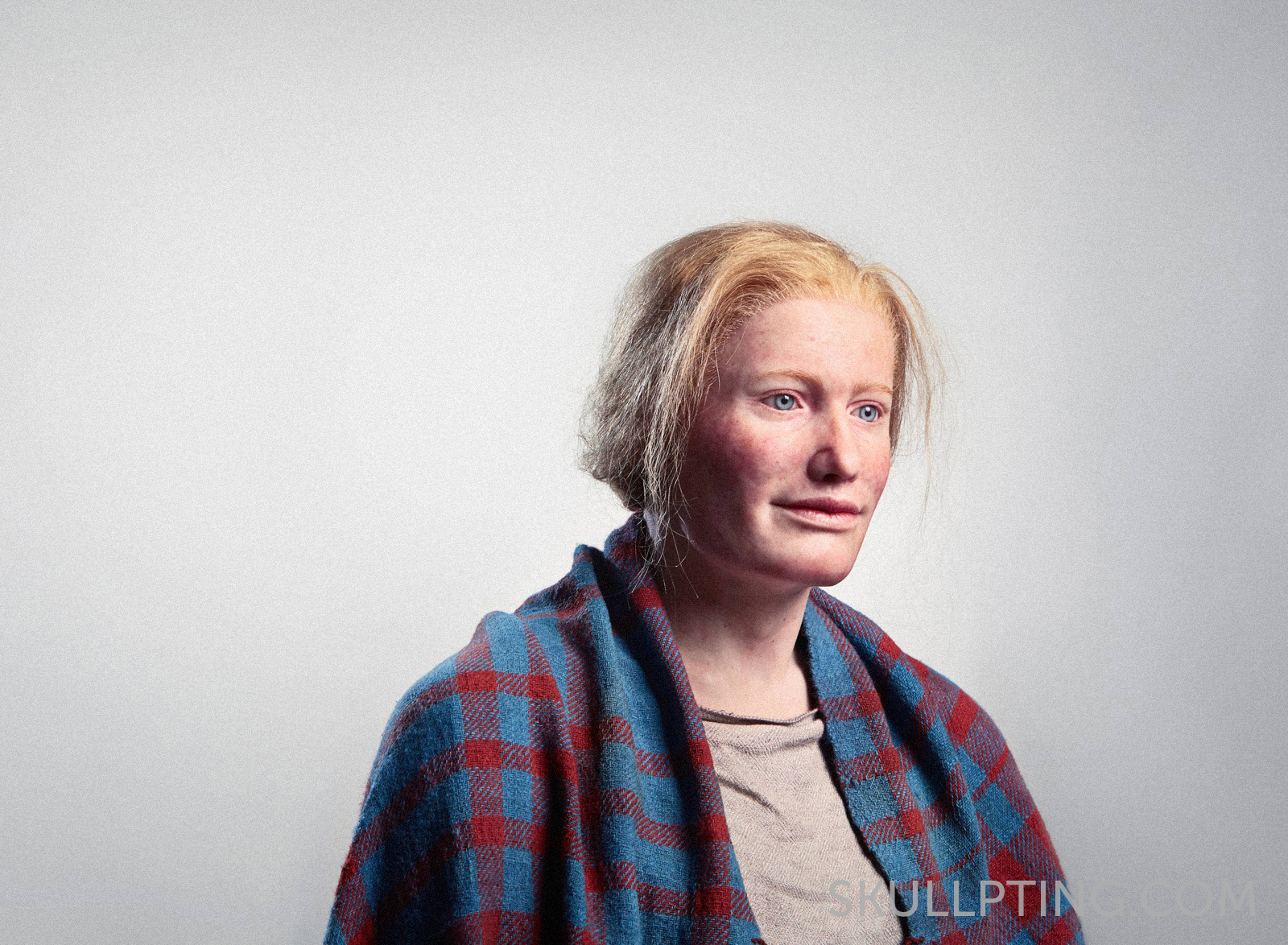 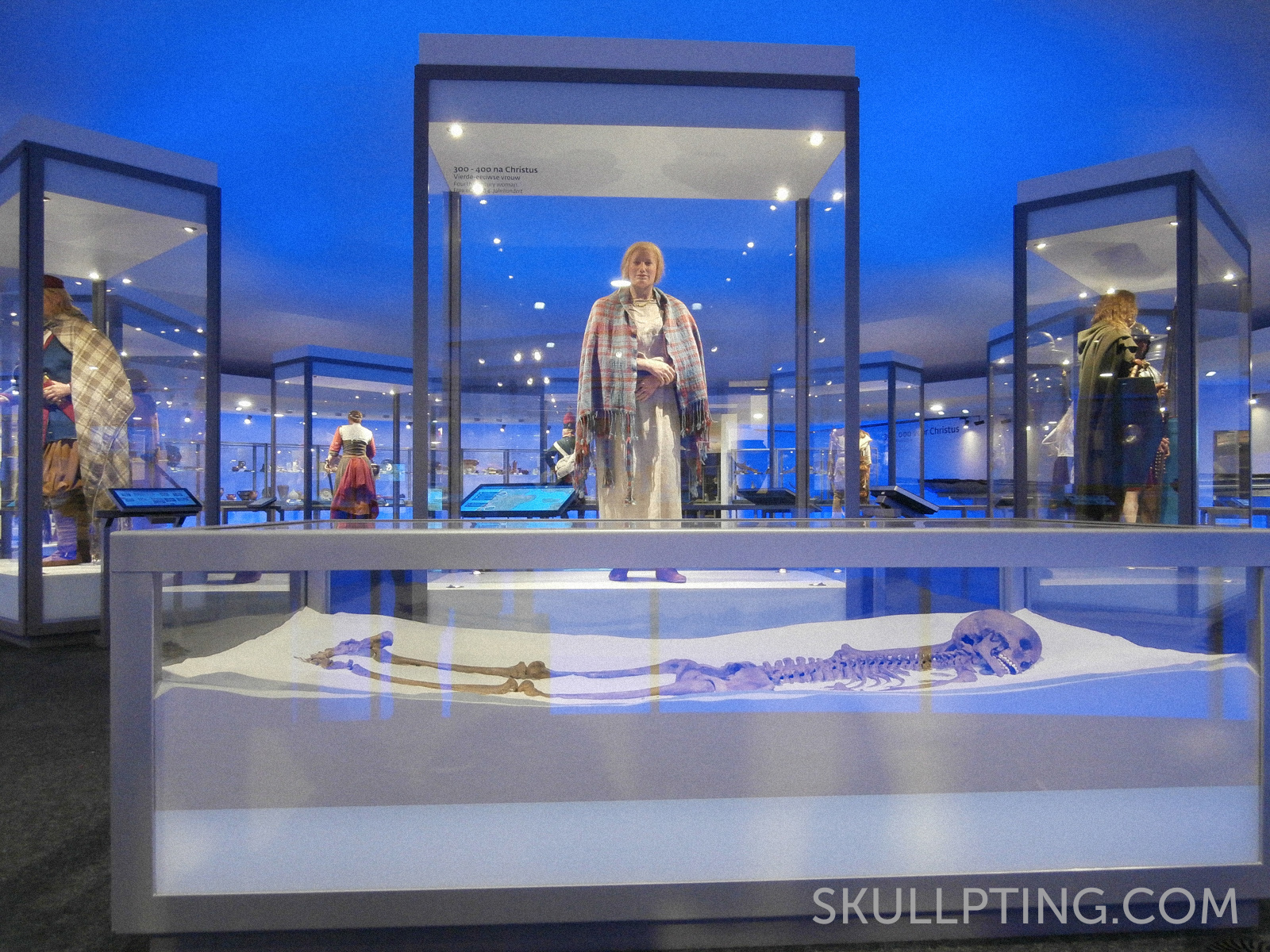 Hilde in House of Hilde


The skeleton of this woman was excavated near Castricum – Oosterbuurt, North Holland. She lived there during the Roman era, but she was not Roman herself and died at an age of 24-30 years old. Then isotope research suggests that she spend her childhood in Germany. She was not neatly buried, if she was buried at all, but lay on her belly in a sort of ditch with her hands underneath her. Around her neck she wore a valuable necklace of glass beads with gold foil, which would seem to exclude a murderous robbery. But then how and why did she meet her demise? Her skull is scanned at the Image Sciences Institute, of the University Medical Center Utrecht, where dr. K.L. Vincken processed and adapted the digital scandata.

Client: Province North-Holland.
Books: More about Hilde and the era she lived in can be found in the book “The Land of Hilde” .
Exhibition:  Huis van Hilde  Hilde (House of Hilde). 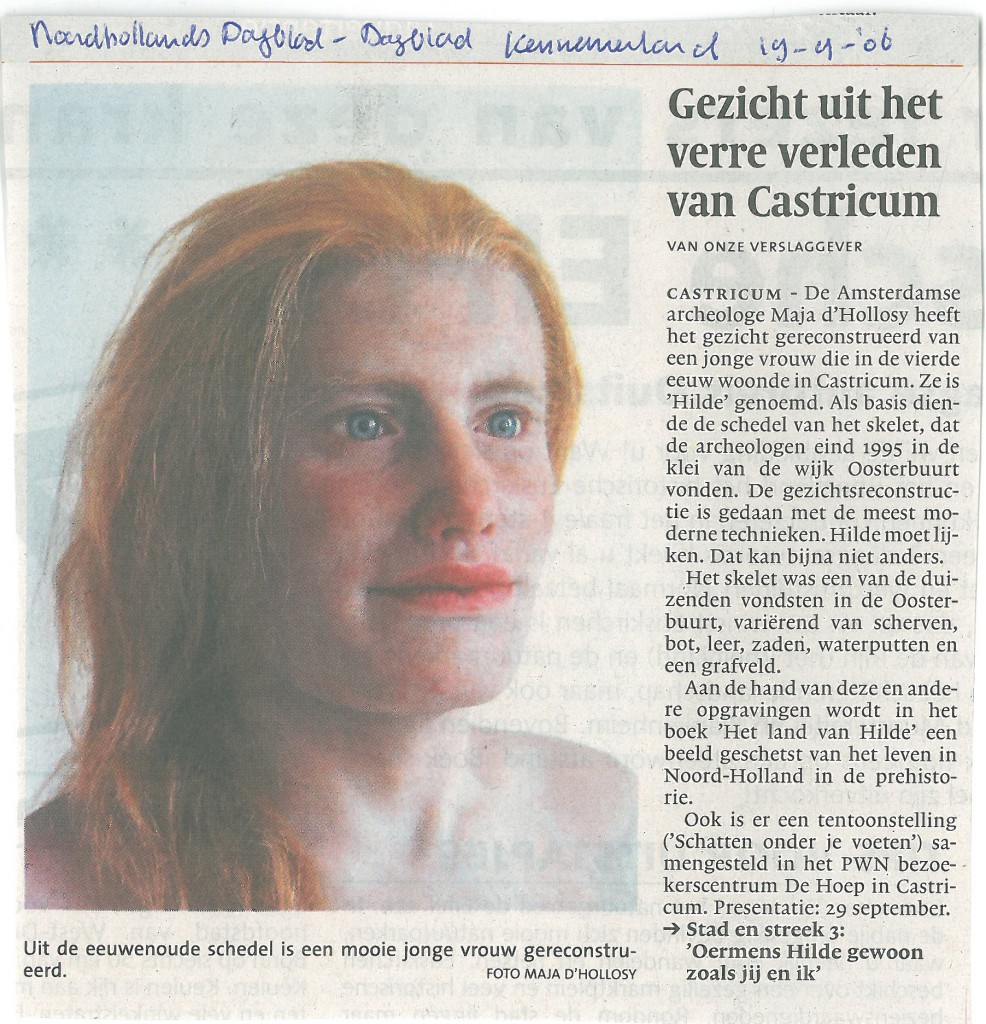 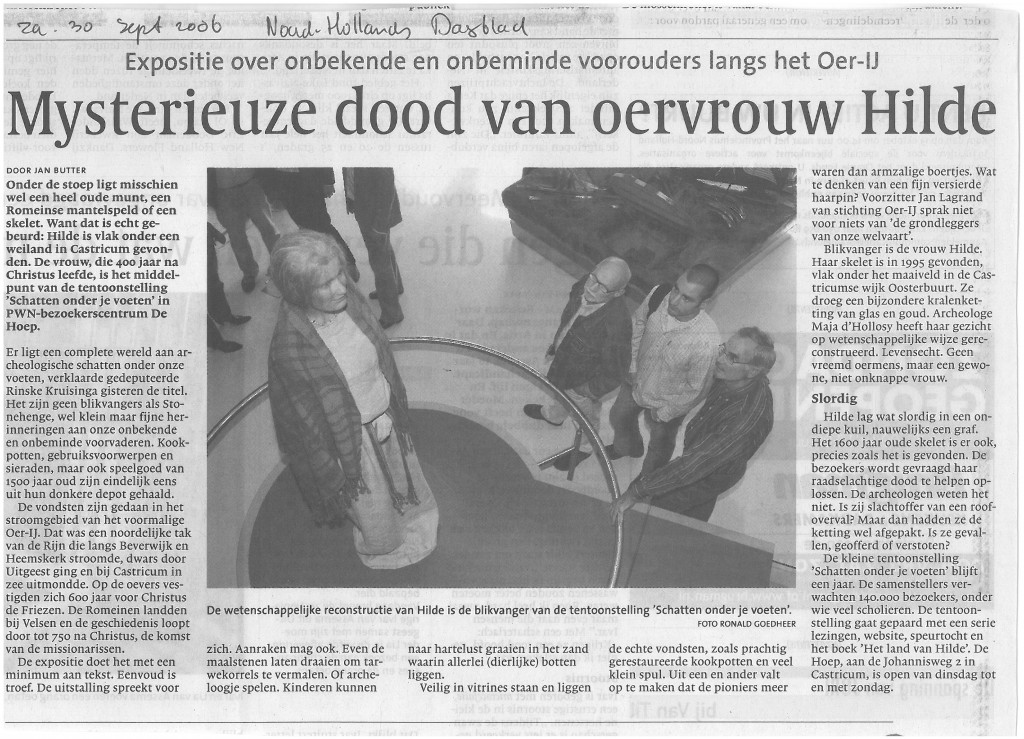 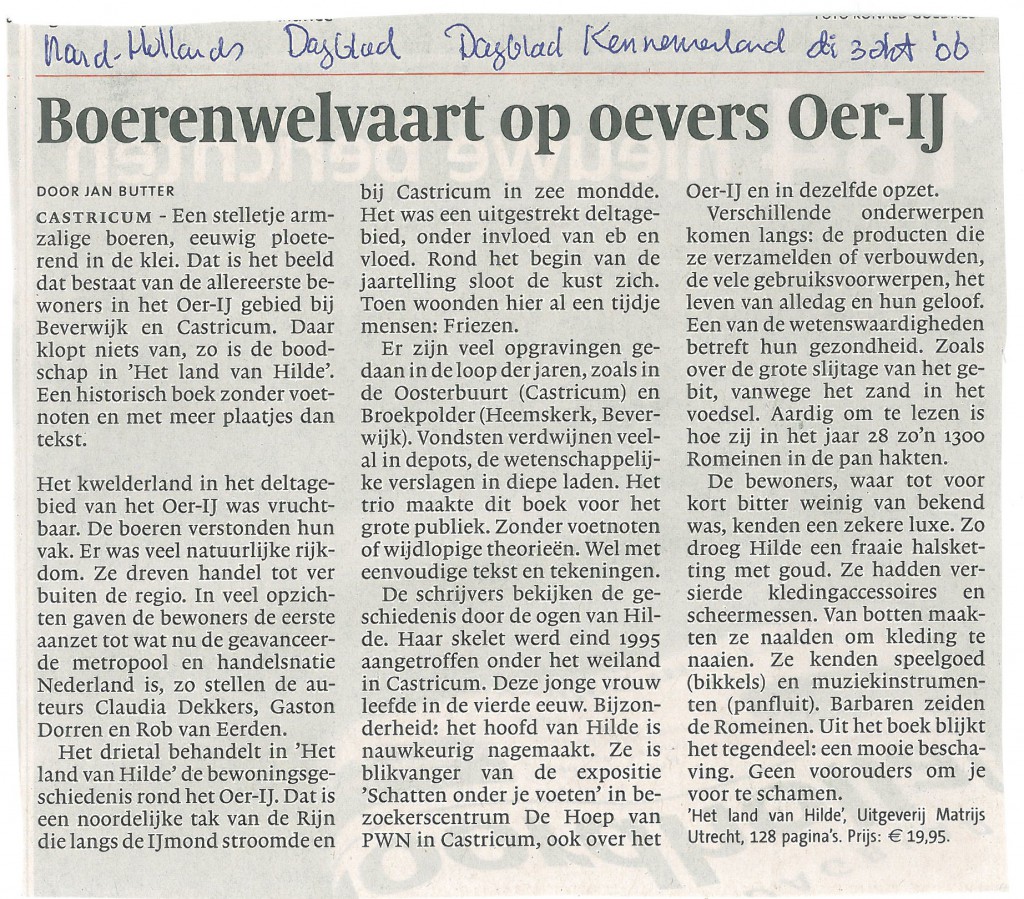 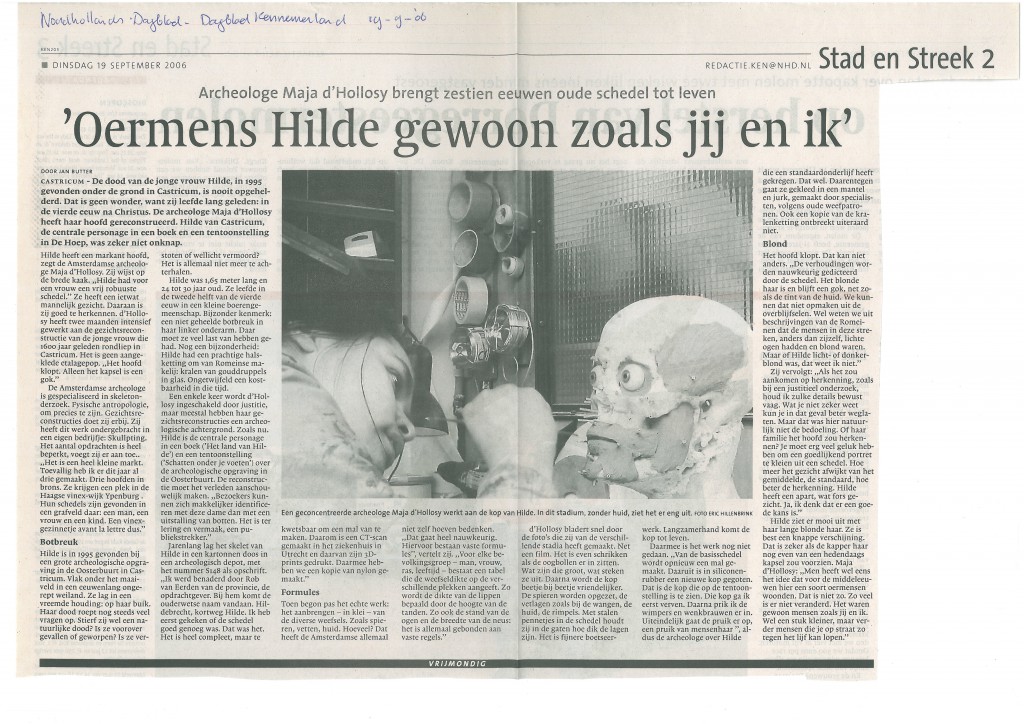 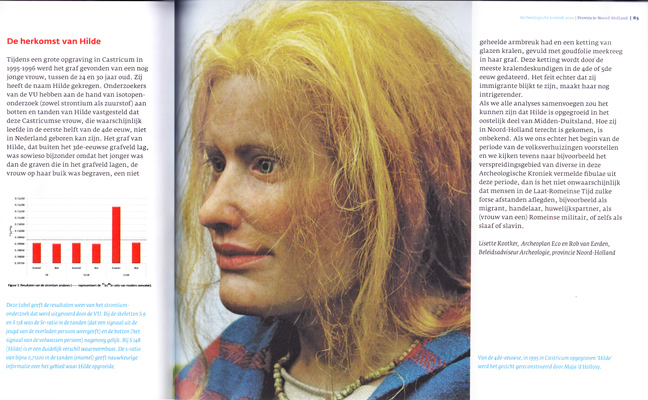