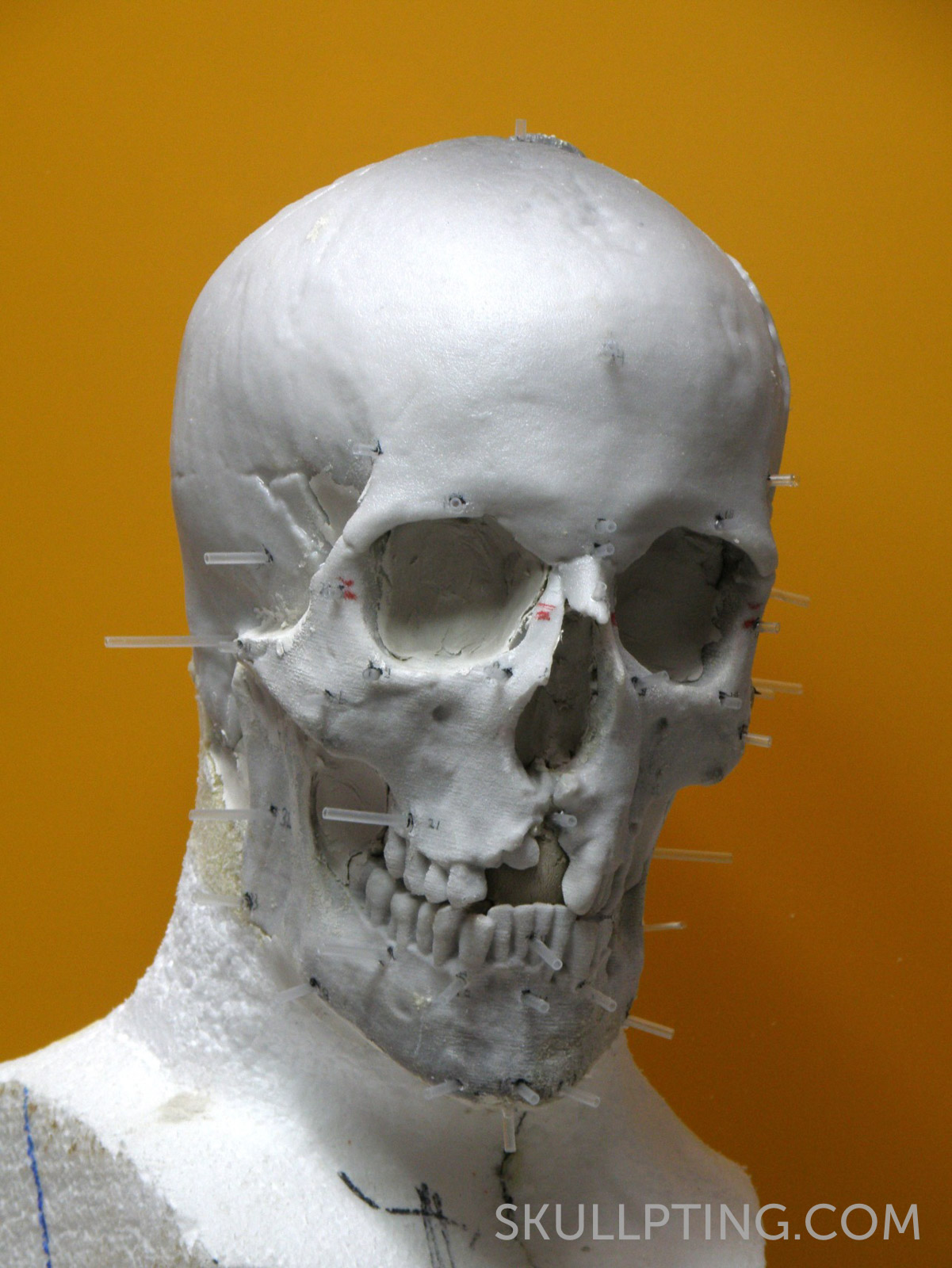 Copy of the skull 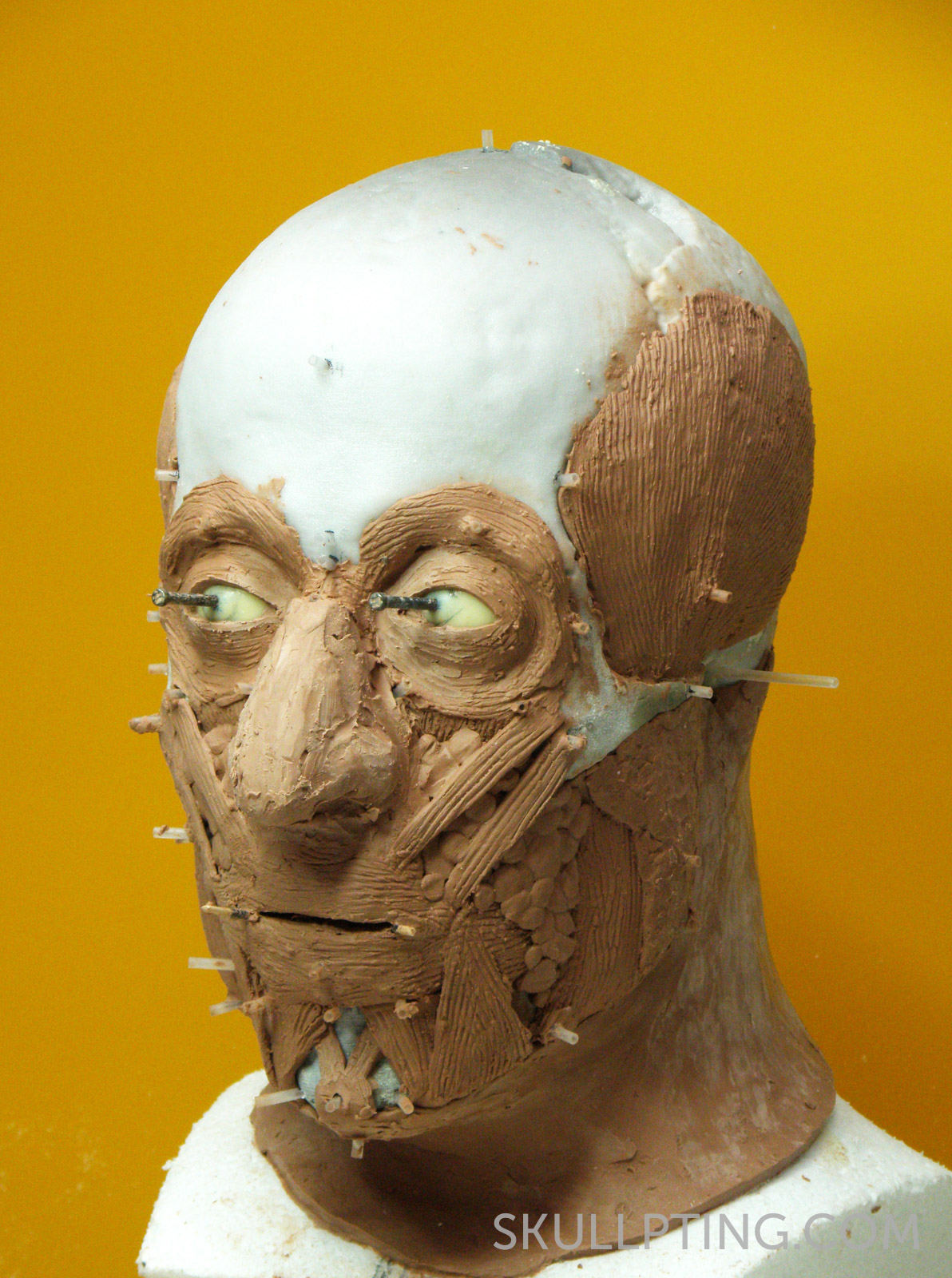 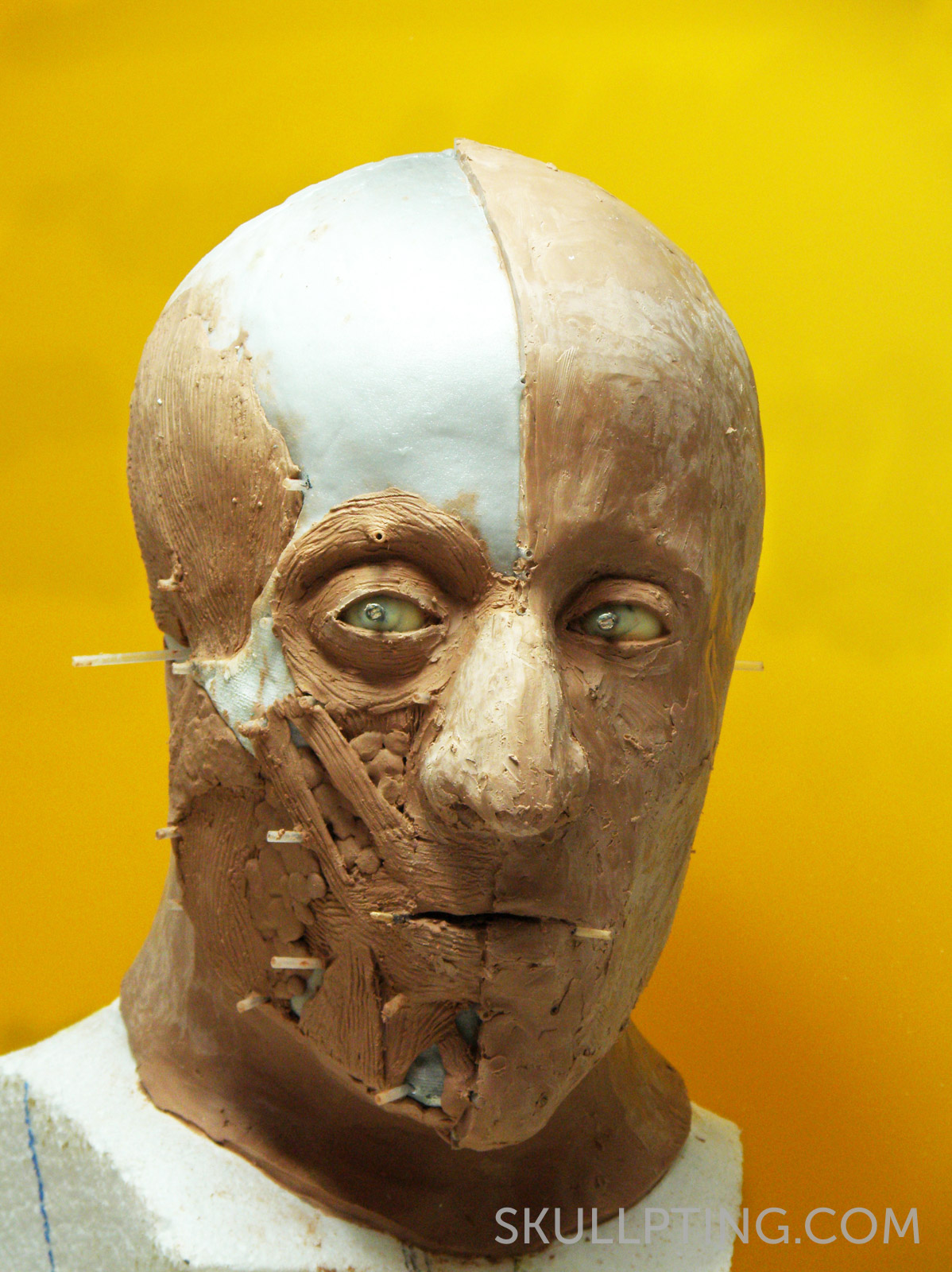 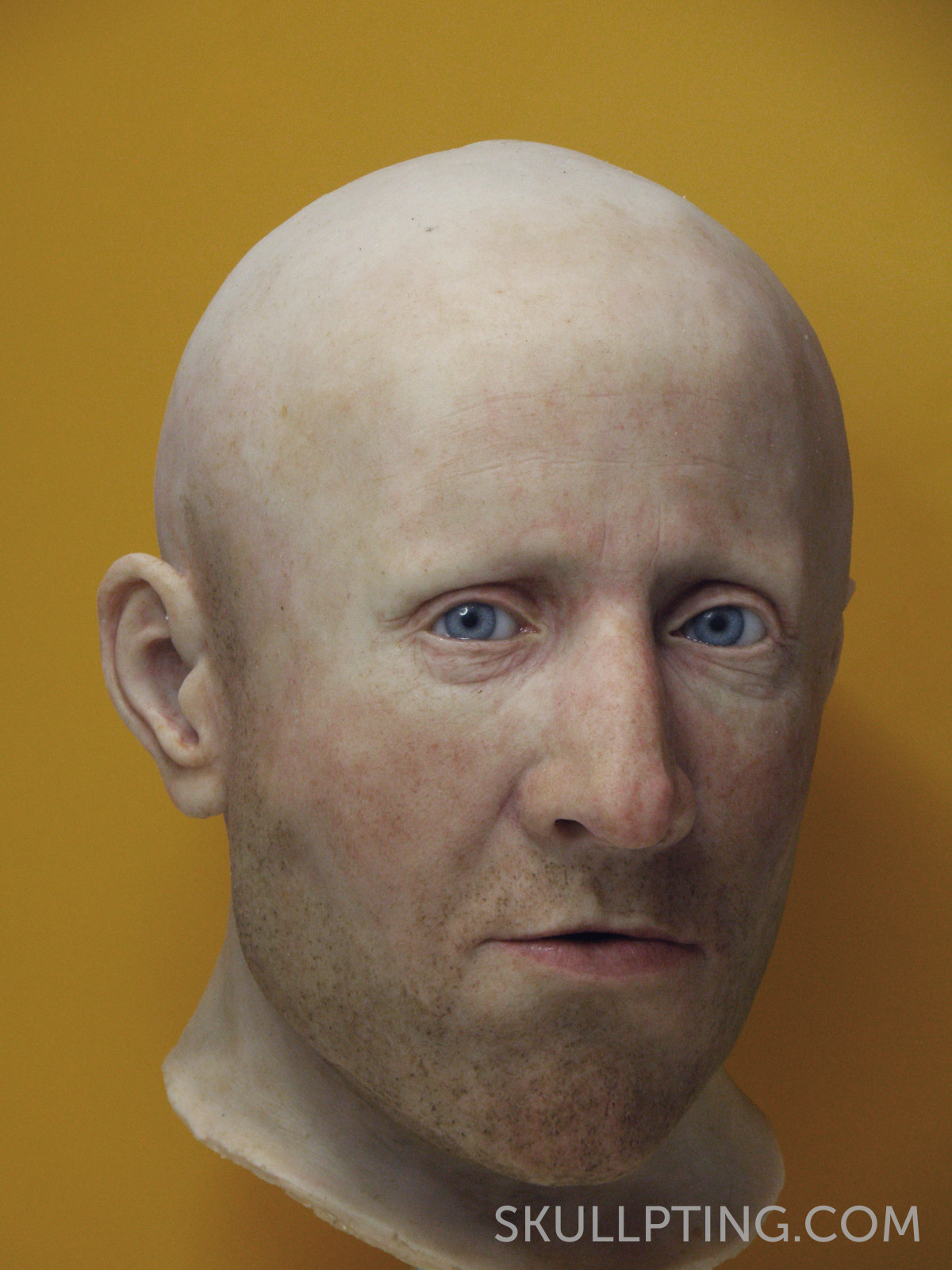 Cast in rubber and painted. 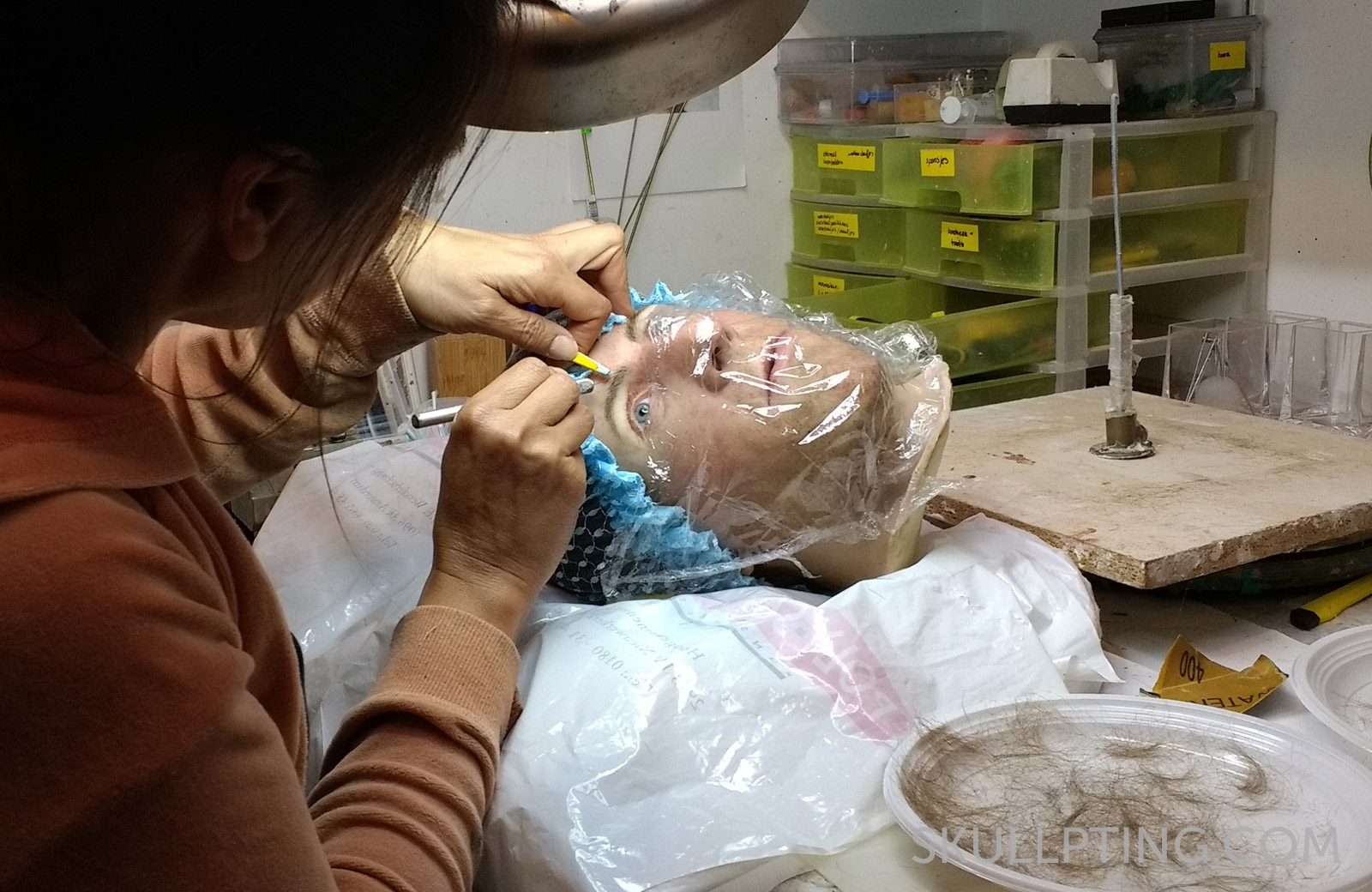 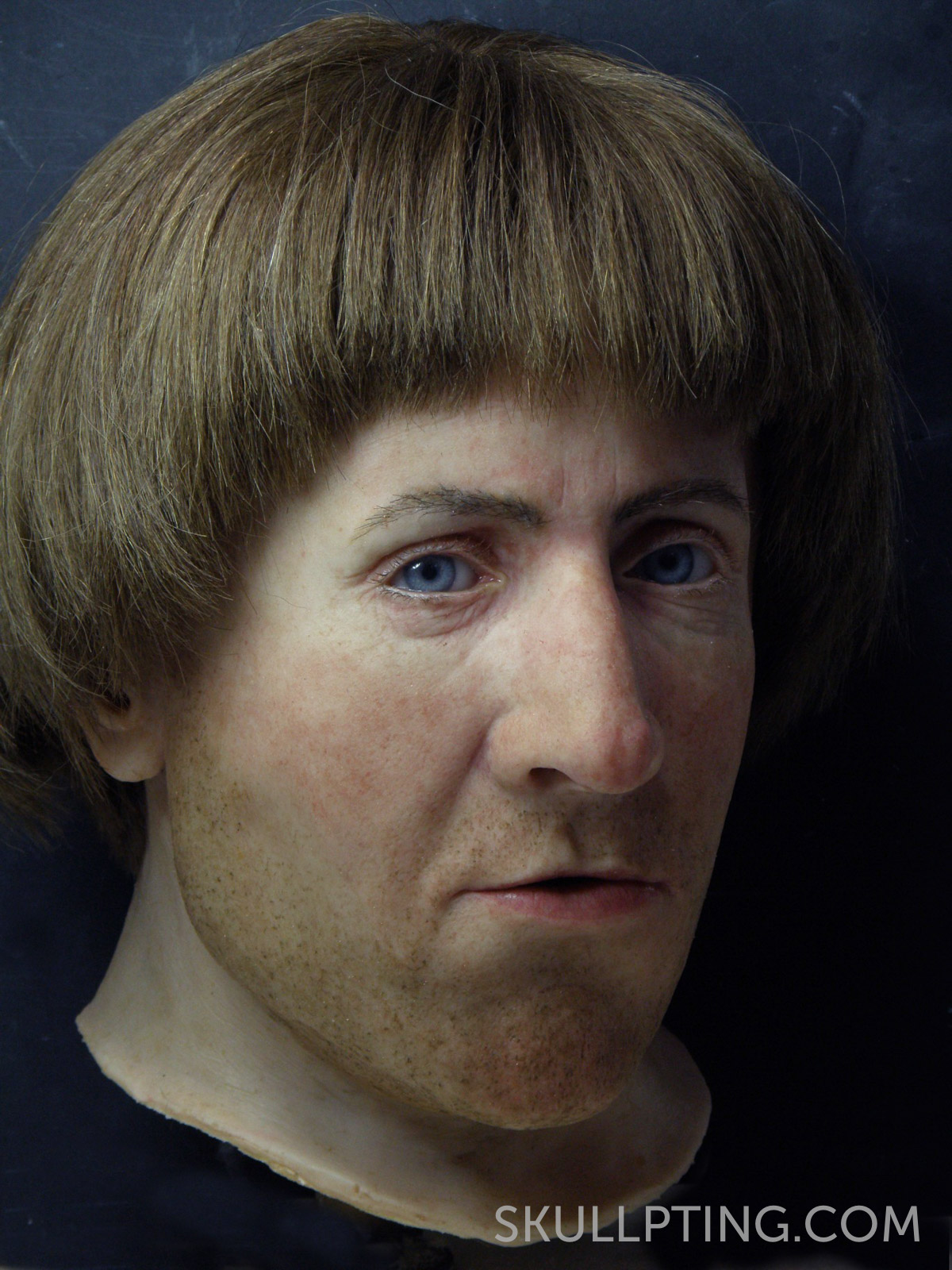 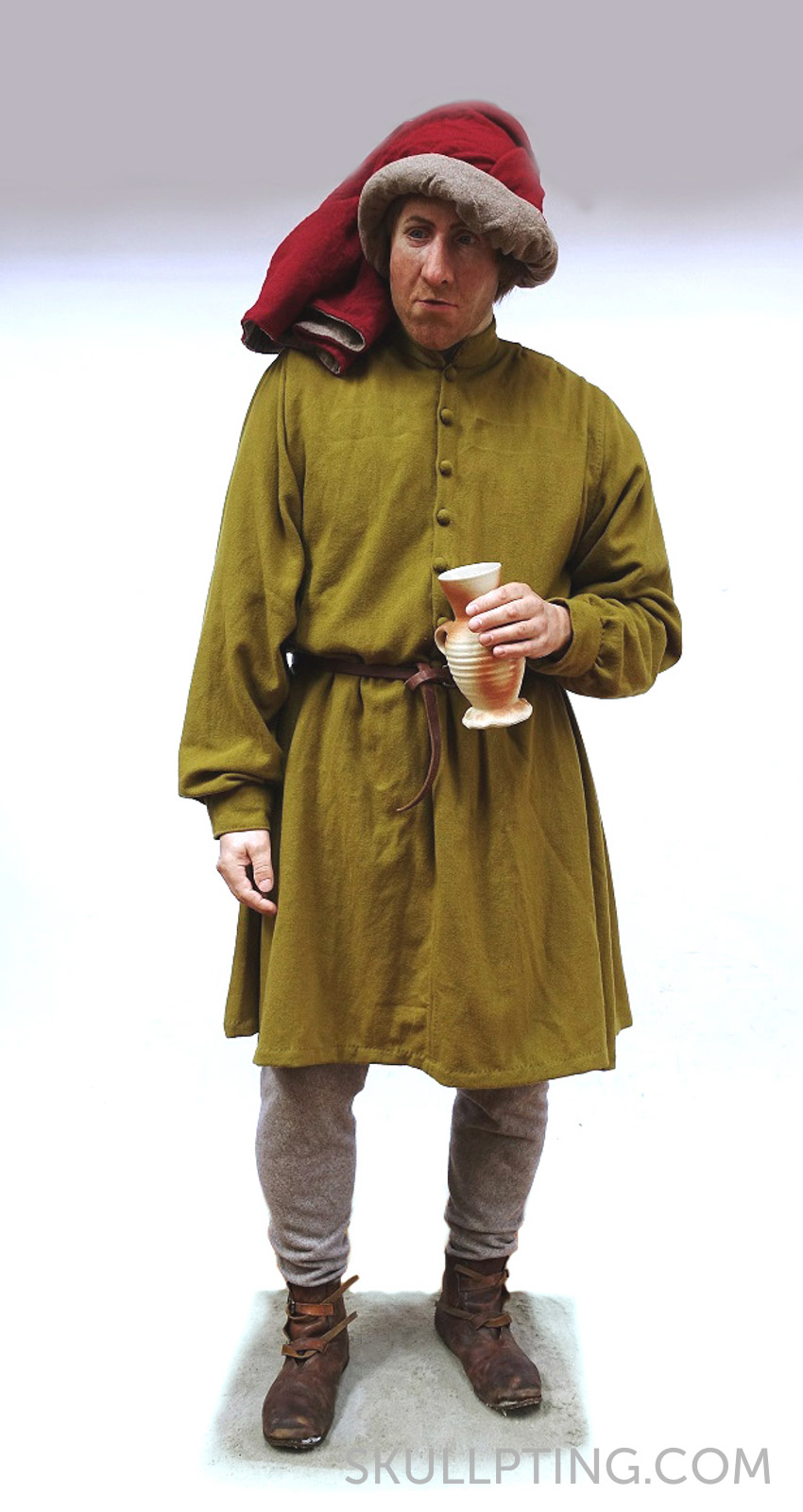 In 15th century Harlem archives Cornelis is besides Jan, the most common name. This is the reason why archaeologists have named him this way. He was circa 34 years old when he died and was buried in the graveyard of the Sint Gangolfs Hospital.

His joints showed much signs of tear and wear, and besides a vitamine and mineral deficit, he also had an anomaly in his upper jaw and teeth. This anomaly is now visible in his face.