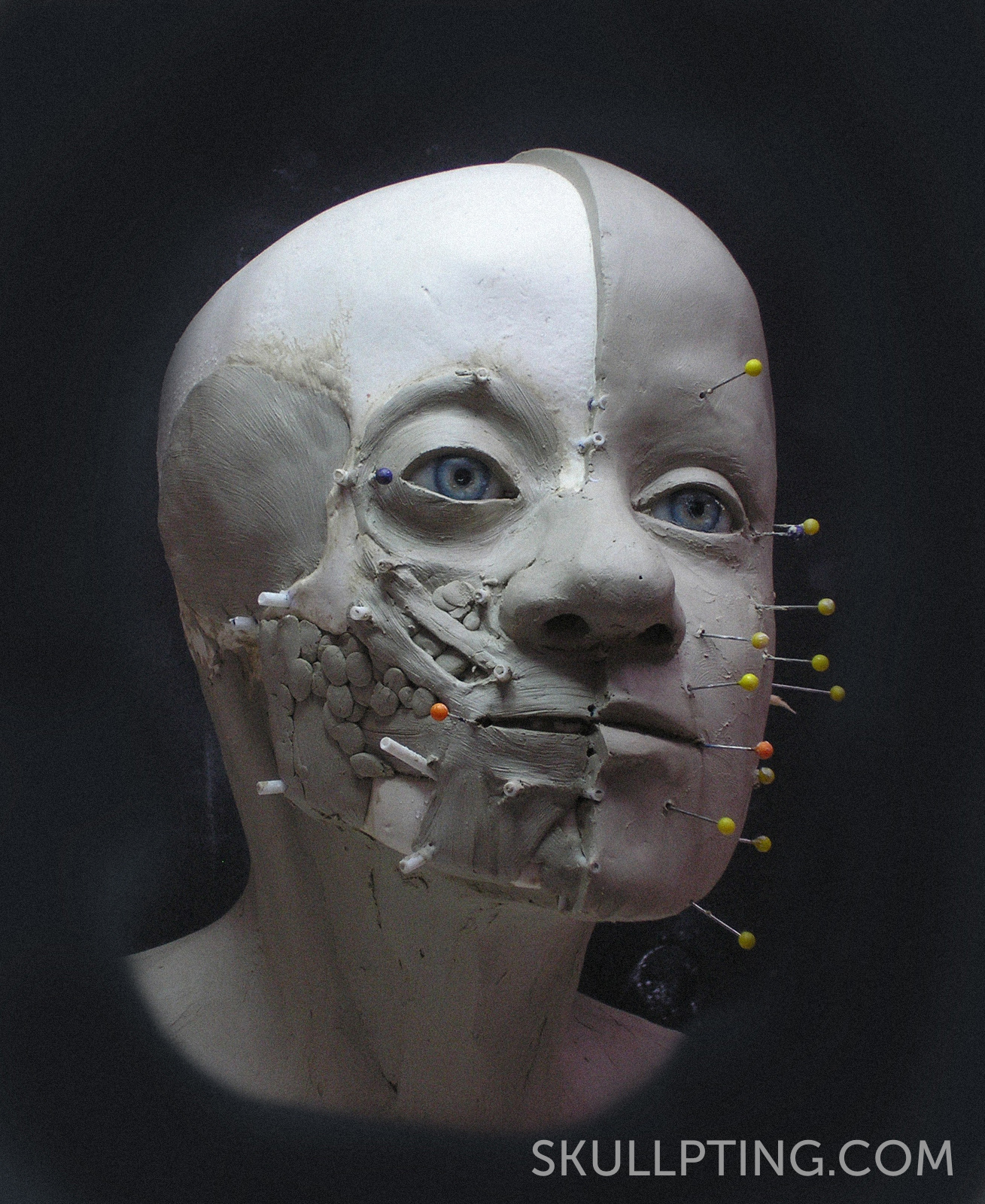 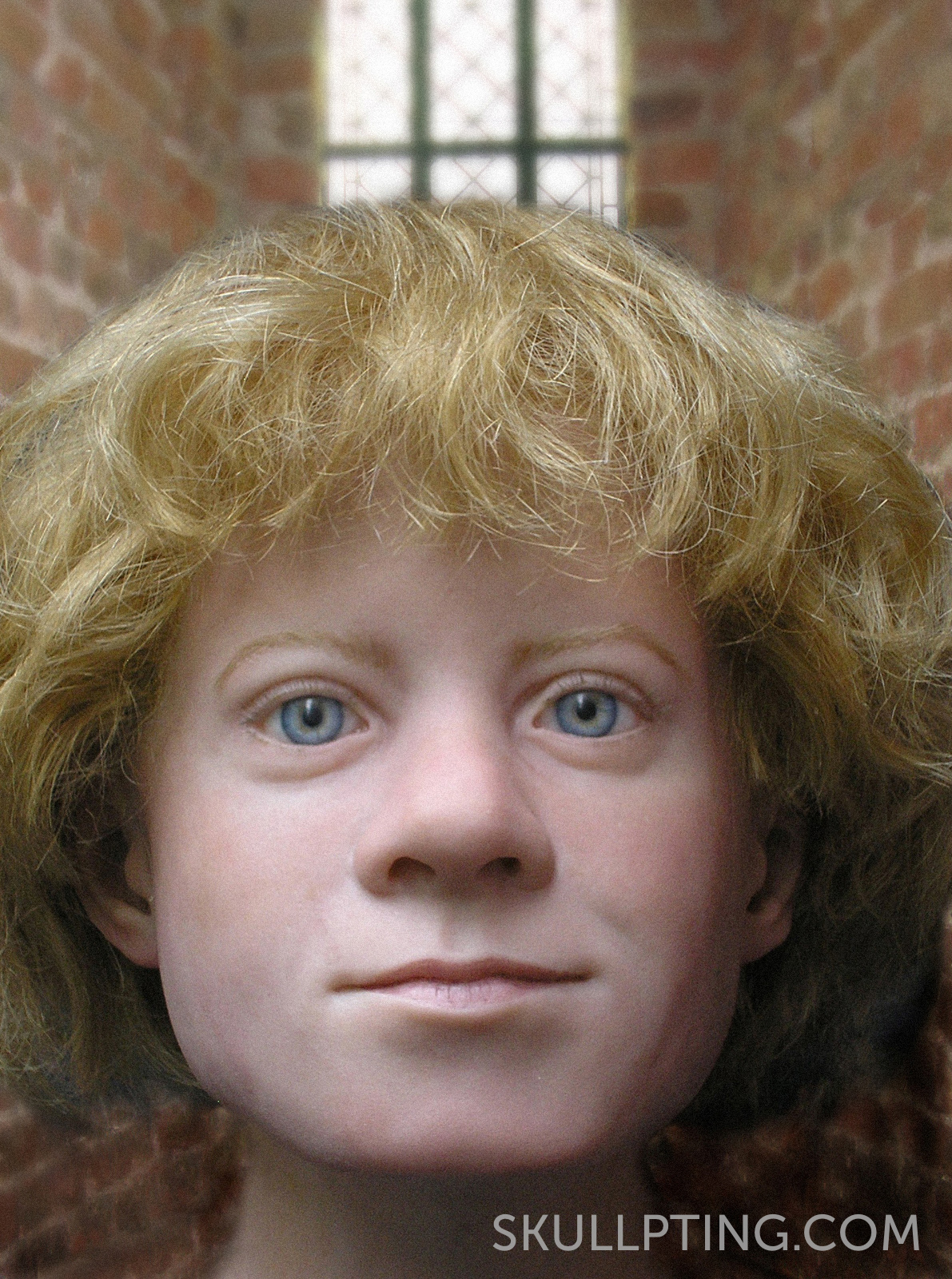 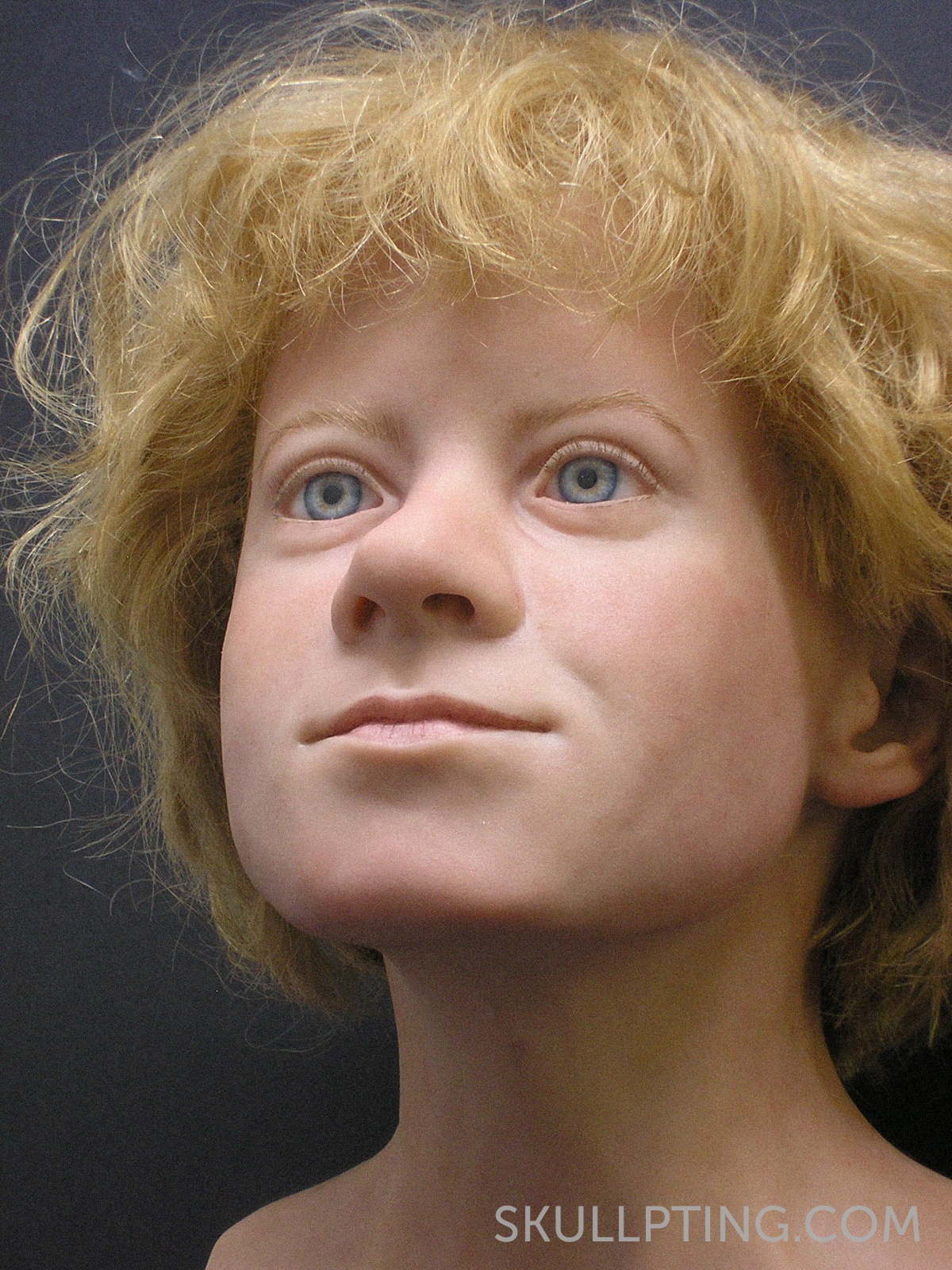 Facial reconstructions from the excavation: Gat in de Markt, Vlaardingen.

During the “Gat in de Markt”- dig at Vlaardingen a small coffin made of oak and ash was uncovered. It was the restingplace of a boy between five and ten years  approximately six years old. The boy had been buried with great care: his body had been enveloped with straw before being laid to rest in the coffin. The causes of his young death remain unknown. 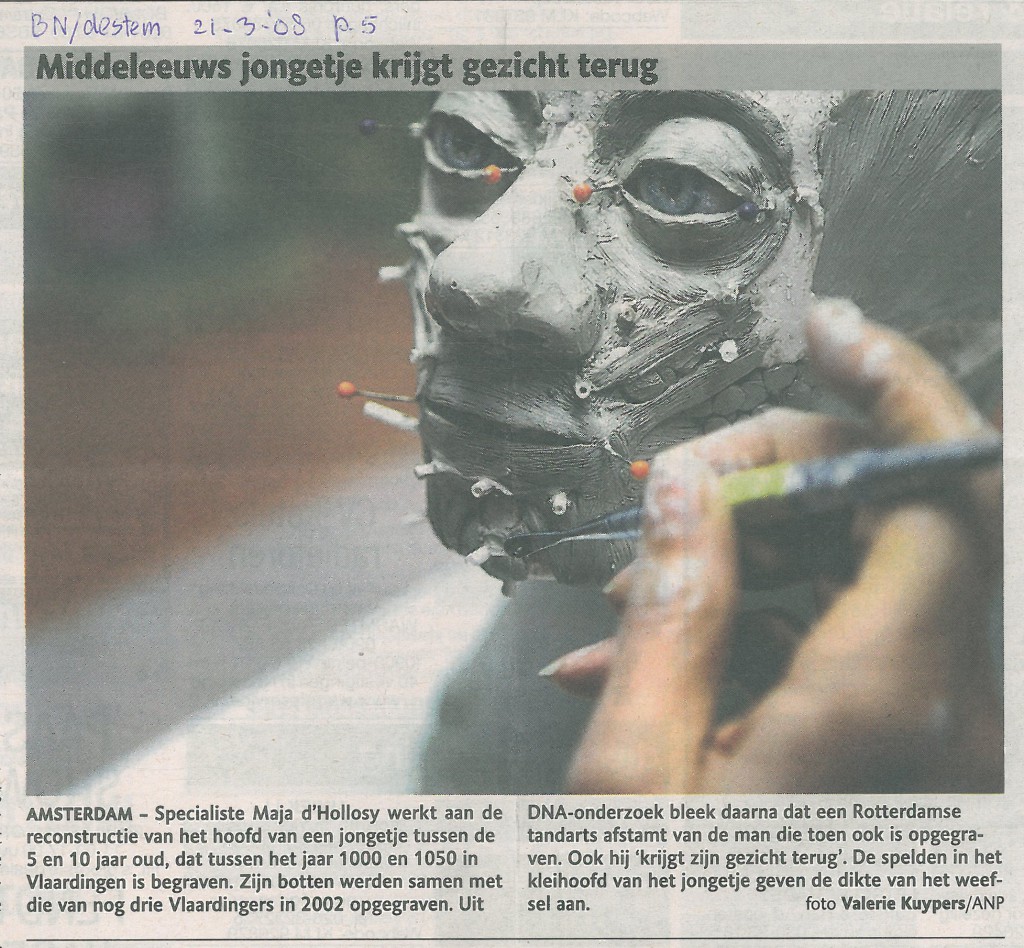 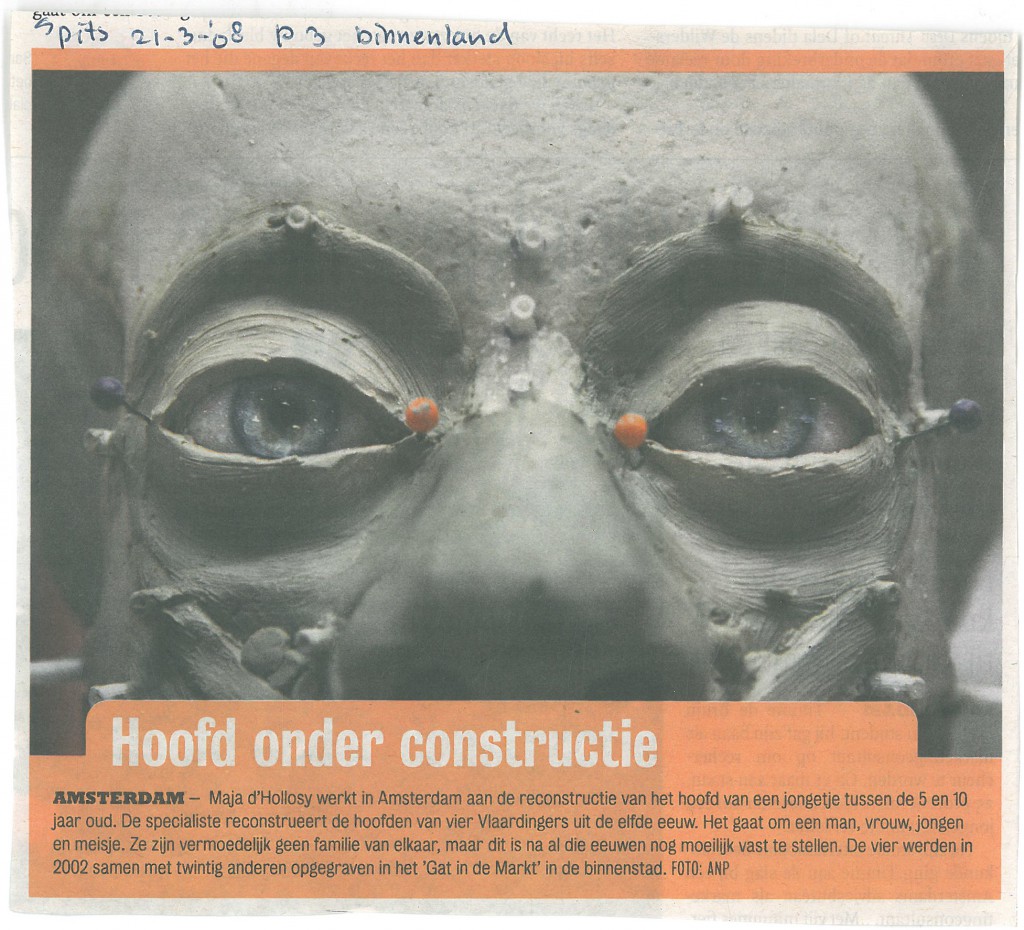