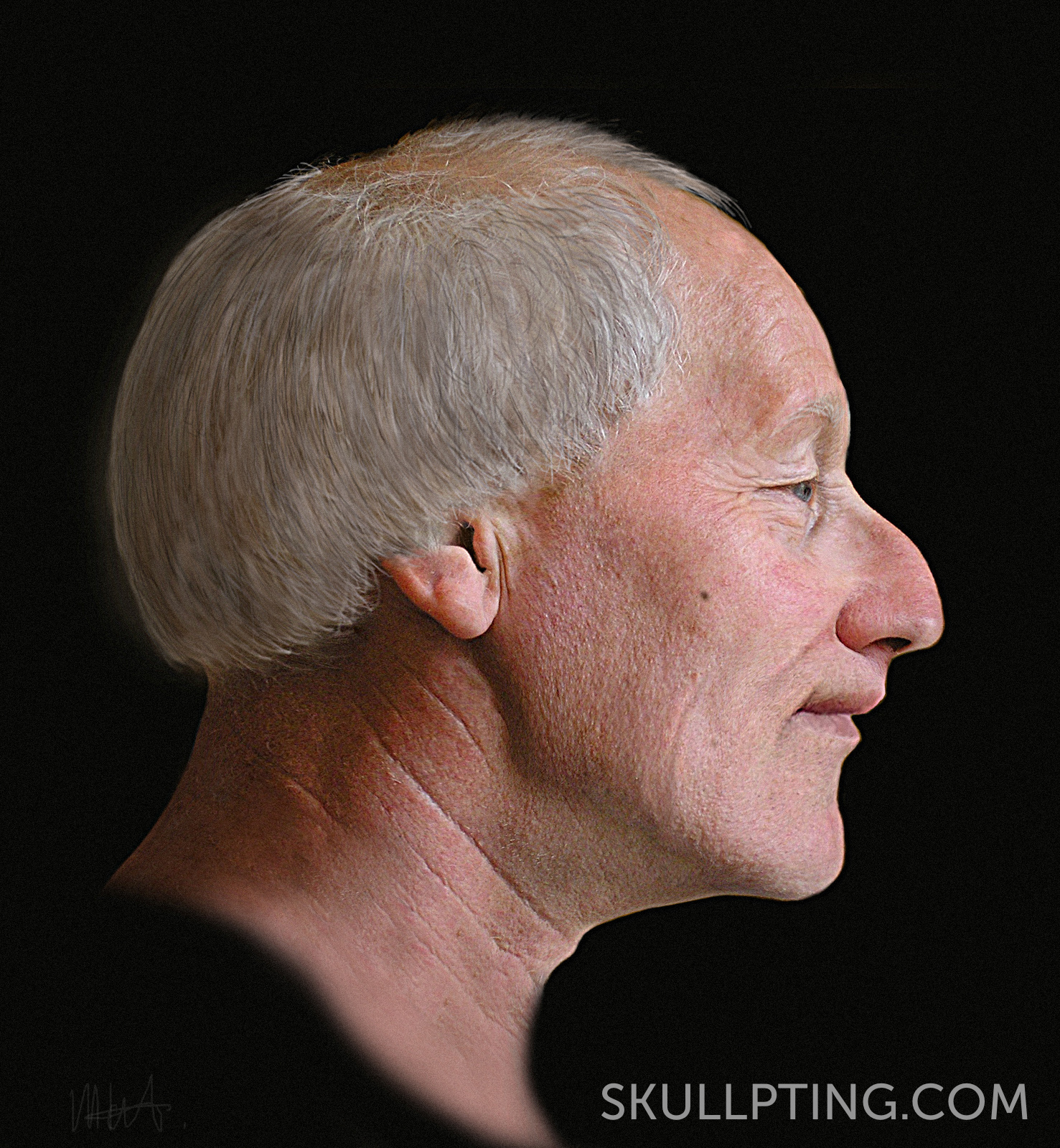 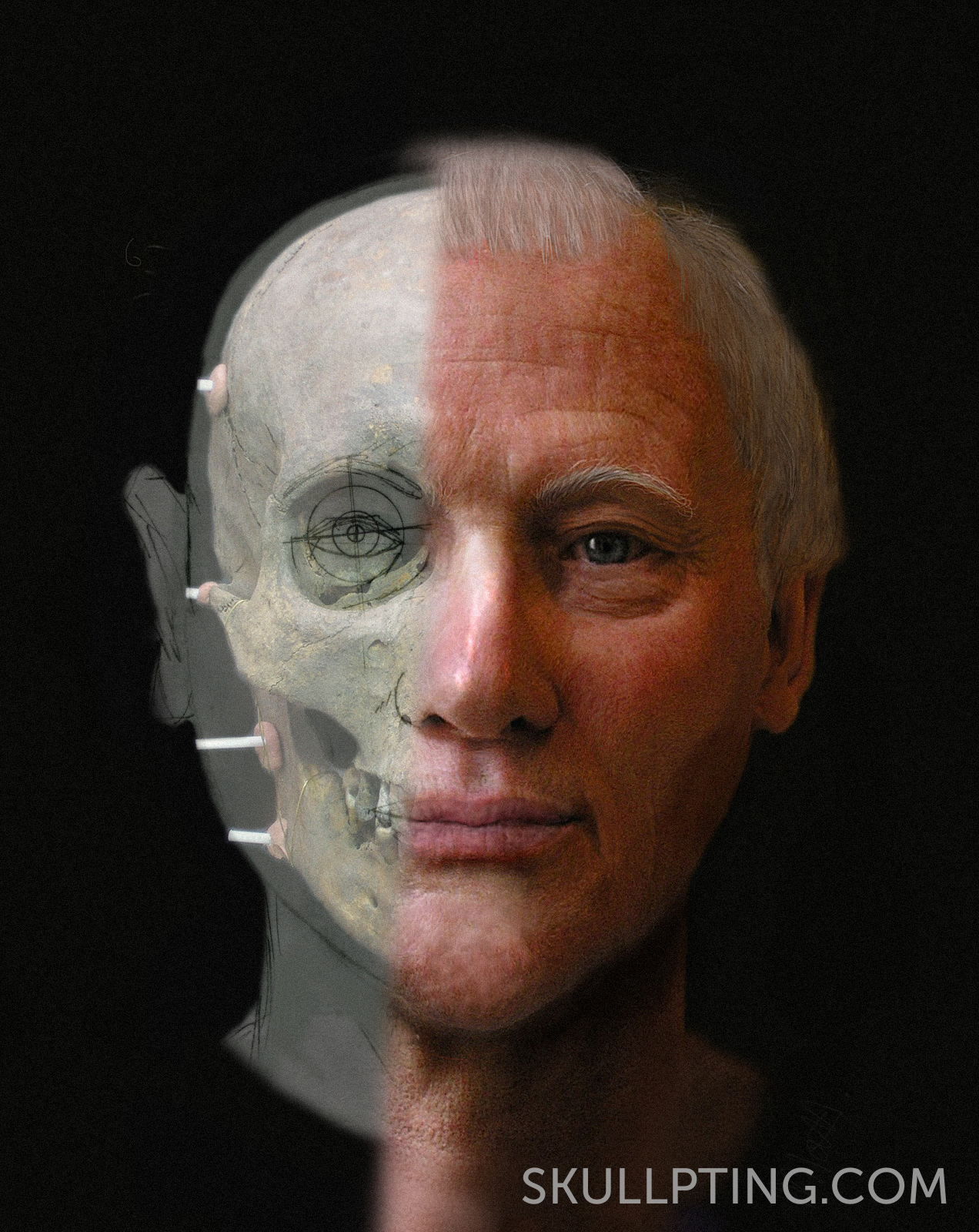 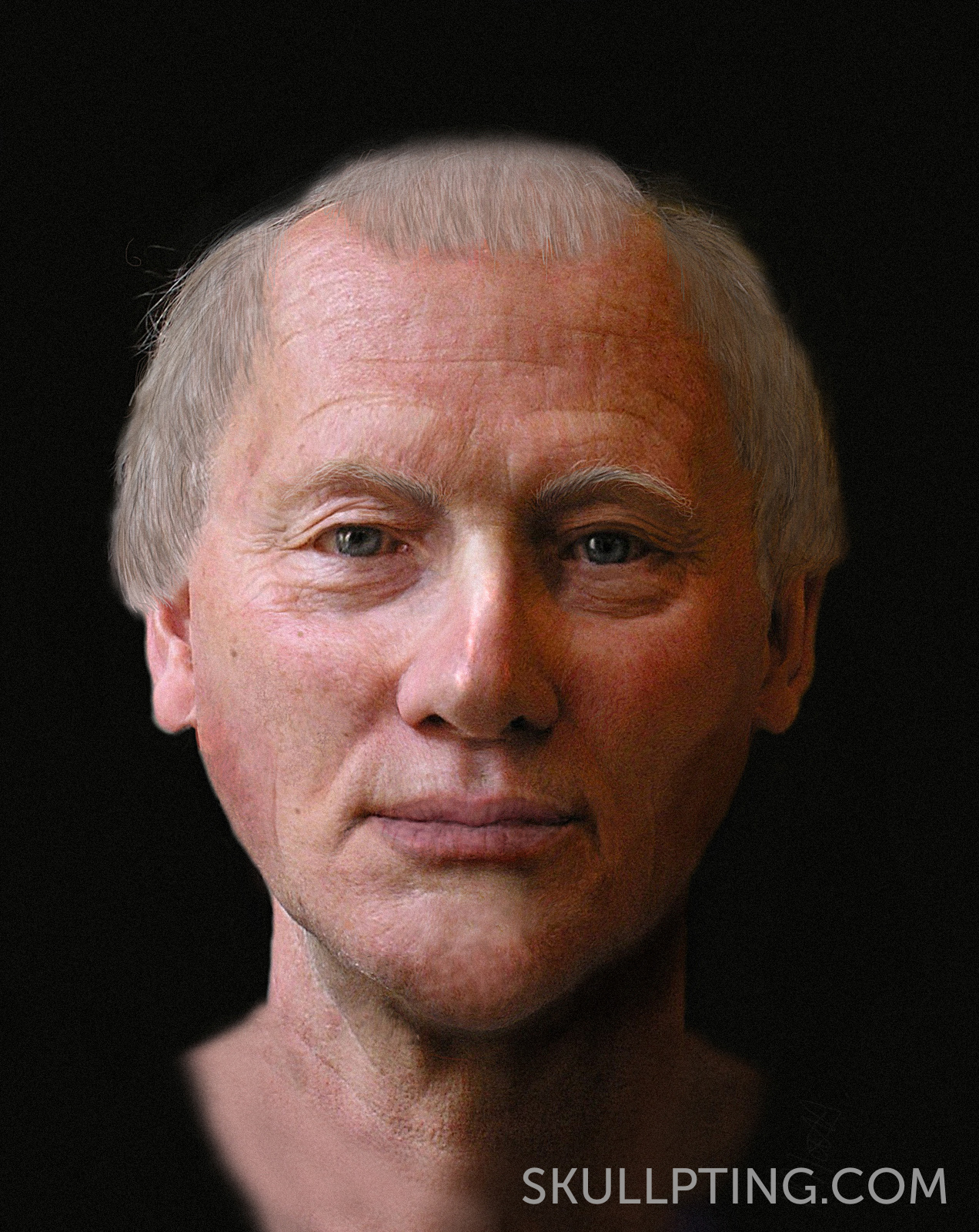 The result is an image of a face viewed from the front and from the side.


An example of such a 2D reconstruction is this man of approximately 60 years old. He lived in the Middle Ages in a village (1100-1421 CE) which was swallowed in 1421 by the St. Elizabeth’s  flood.

Client: This reconstruction was commissioned by the municipality of Dordrecht.